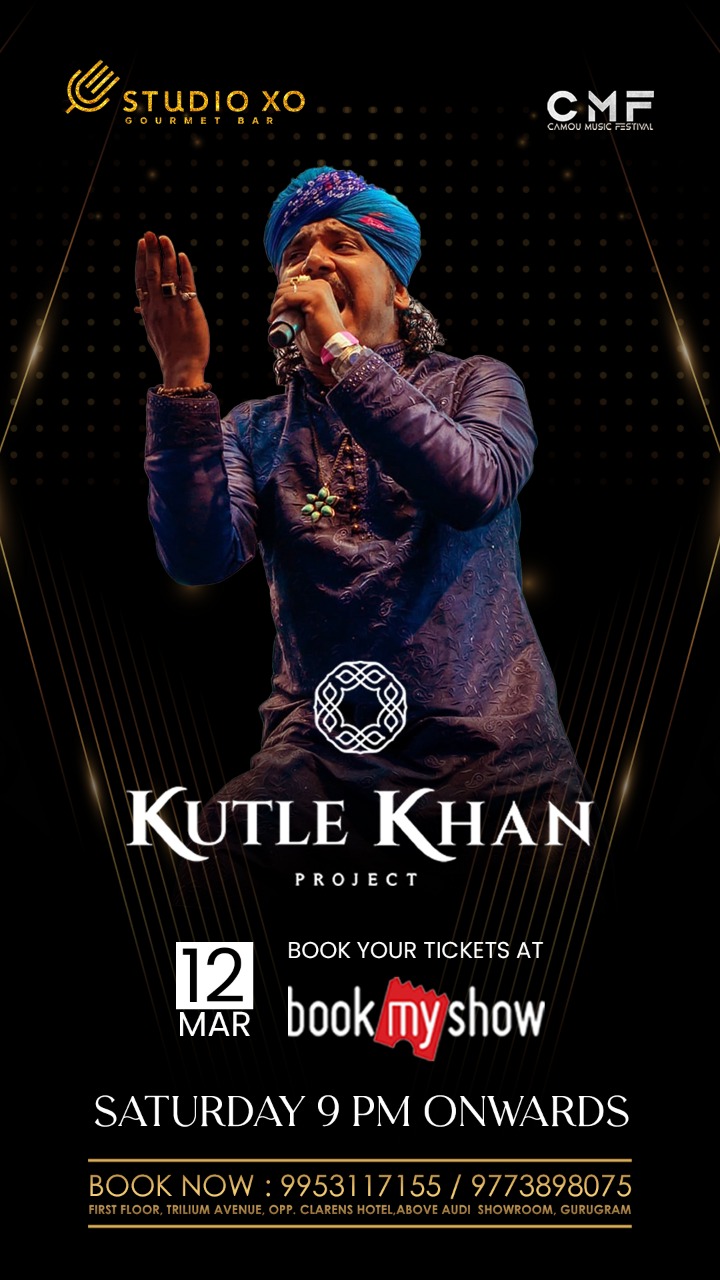 
On Saturday, March 12, Camou Music Festival will launch its very ﬁrst season, which runs throughout the year 2022, and includes 30+ Indian artists in multiple genres such as folk, rock, unplugged acoustic, indie and fusion in 50+ live music shows across India.

Over the course of this year, the festival will present beloved staples of the Indian music industry.

The ﬁrst ever edition of Camou Music Festival will take place on March 12th, with the dynamic Suﬁ collective, the Kutle Khan Project. Following up with much-hyped shows by Stebin Ben, an Indian playback singer and Akull, a Punjabi singer and lyricist in the last week of March. All three shows will be held in diﬀerent cities of India.

Speaking about Camou Music Festival post-pandemic, Director Omankit Juneja comments: “We wanted to give back to the soul of the music community: the backend workers. Especially those who have suﬀered tremendously due to Covid-19 restrictions.”

“As we look to encourage the movement of such live shows and represent talent - we hope to make a groundbreaking diﬀerence to the community,” added Mr Juneja.

Additionally, joining Camouﬂage Music Festival in their endeavor is Mirchi Live, an entity of Radio Mirchi. Radio Mirchi is a nationwide network of private FM radio stations in India,

For more insight on the same, Co-Founder Nitin Jindal adds, “Expect great things! As we kickstart our journey 12th March onwards, we will be featuring cutting-edge musical performances by artists and bands like Kutle Khan Project, Stebin Ben and Akull - all at diﬀerent cities in India. We can’t wait to make it grander, bigger and better as we proceed.”

He also stated that “Personally, if I had to deﬁne CMF, I would say it’s an intersection of art and entertainment. And we are all geared up to present this concoction of the two to our audience.”