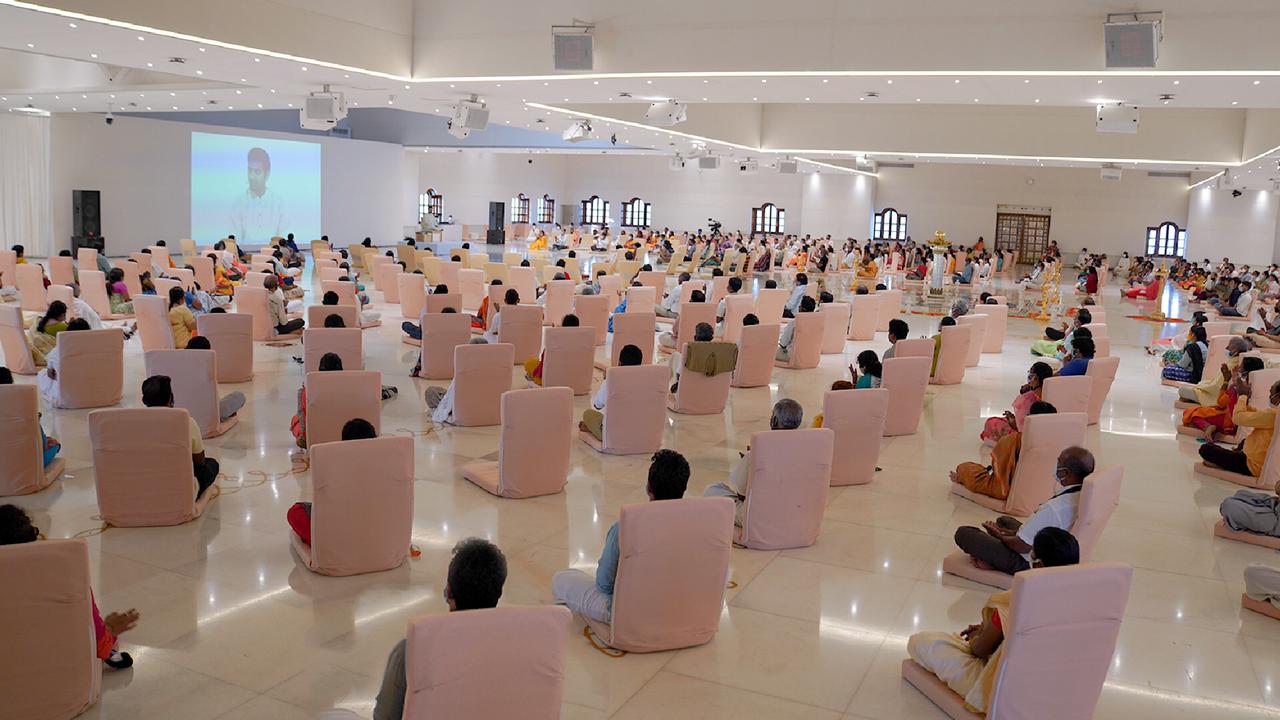 
17th September 2021: For more than a year and a half now, the pandemic has affected all of humanity irrespective of race, culture, religion, geographical location, or economic background. It has devastated the world on multiple levels -- socially, economically, politically, and further taken a toll on individuals’ physical, mental and emotional well-being. However, even beyond the pandemic, if one analyses all the problems that humanity faces today -- from global unrest, inequality, and violence to the divisiveness and strife amongst communities, to anxiety and depression at the individual level -- it is obvious that any solution can only stand on the solid foundation of ‘peace.’

It is in this regard, Ekam World Peace Festival was conceptualised by enlightened sages Sri Preethaji and Sri Krishnaji to shift human consciousness away from division and conflict and to help create a mass movement for humanity to return to oneness and peace-- a serene place where one is at peace with oneself, with life and with the world at large. The fourth annual edition of the Ekam World Peace Festival will be held this year from 17th to 19th September 2021 from Ekam

Headquarters, Chennai. The event\'s highlight is that over 20 million peace enthusiasts will come together online from more than 100 nations for 3 days in the biggest virtual congregation to shift global human consciousness towards attaining peace.

Speaking about the idea of the event, Sri Preethaji and Sri Krishnaji, the Peace Festival’s visionaries, said, “Ekam World Peace Festival is a global meditation event that breaks the primitive division-driven mind in millions and awakens the vast human collective to oneness. Peace happens when you realise that our differences are superficial; beyond these differences is the one field of consciousness that animates us and all life. Ekam sat viprahabahuduhaavadhanthi means that we are a part of one cosmic reality beyond all the forms, appearances, races, religious beliefs, biological and emotional inclinations; the one – ‘Ekam.’ The Ekam World Peace festival opens you up to this intelligence. We are hopeful that this year’s peace festival will inspire millions across the globe to realize the significance of peace amid chaotic and tough times.\"

The festival is free for all and will run for 55 minutes each day from 17th September to 19th September 2021, 6.00 PM onwards IST. The daily live stream of the online event will be done on PK Consciousness’ YouTube Channels and Facebook Pages. Anybody from novice to experienced meditation practitioners can join the peace festival by joining in the live stream at the scheduled time.

The Ekam Peace Festival 2021 truly stands out as a one-of-its-kind global event, as during each day of the festival, thousands of individuals, families, business organizations, institutions, and notable personalities will join the event to meditate for one specific cause, i.e., to cultivate peace for themselves and the world. The event will additionally witness the participation of thousands of peace partners (organisations who have partnered and will share the peace festival with their employees/students), as well as many media partners (satellite channels, local cable channels and streaming platforms) and peace villages (community viewing in community centres, temples, etc. where the festival will be streamed).

The event will be streamed in a total of 19 languages, including English. Some of the Indian languages in which it will be streamed are: Hindi, Malayalam, Tamil, Telugu, and Kannada, and the international languages include Spanish, Italian, Russian, German, Swedish, Chinese, and Korean, to name a few. This year the festival will be launched in 43 cities around the world. There are also a few peace ambassadors and influencers contributing to Ekam’s noble mission of global peace by inviting their community and the world to join hands in the effort for peace.

Each day, the festival will start with a special peace message from the visionaries Sri Preethaji and Sri Krishnaji, a conversation with a special guest of honour, a special meditation for the day, and conclude with live music. The schedule for the meditations (to be held during the event) are as follows:

· Day 1 (17th September) – Peace for healing economic unrest: The focus and purpose of this meditation would be to end the suffering of economic inequality alleviated by the pandemic; for where there is peace, there is prosperity. The meditation intends to bring economic dignity to all.

· Day 2 (18th September) - Peace for healing division: The purpose of the second day\'s mediation would be to put an end to hatred and divisiveness of the society, be it in the name of racial divide, religious divide or communal divide. This meditation intends to bring harmony and peace at a community and social level.

Sri Preethaji and Sri Krishnajiare co-creators of Ekam. They are two of the most impactful transformational leaders and philosophers of our time who have led millions across the globe on a profound spiritual journey. They tour across the U.S., Asia, and Europe, helping millions of people across the world find healing, joy, purpose and connection.They are on a mission to elevate humanity\'s global consciousness, and bring peace, prosperity, and joy to all around the world.

Ekam is a mystic powerhouse that has been created with a vision to lead humanity into enlightened states. Ekam has been built on the sacred and ancient principles of Surya Yantra, or the Sun’s mystical form. This sacred structure is one of India’s architectural wonders. It towers majestically at the foothills and the vast open plains of the Velikonda range on the eastern coast of South India, 80km north of the city of Chennai.