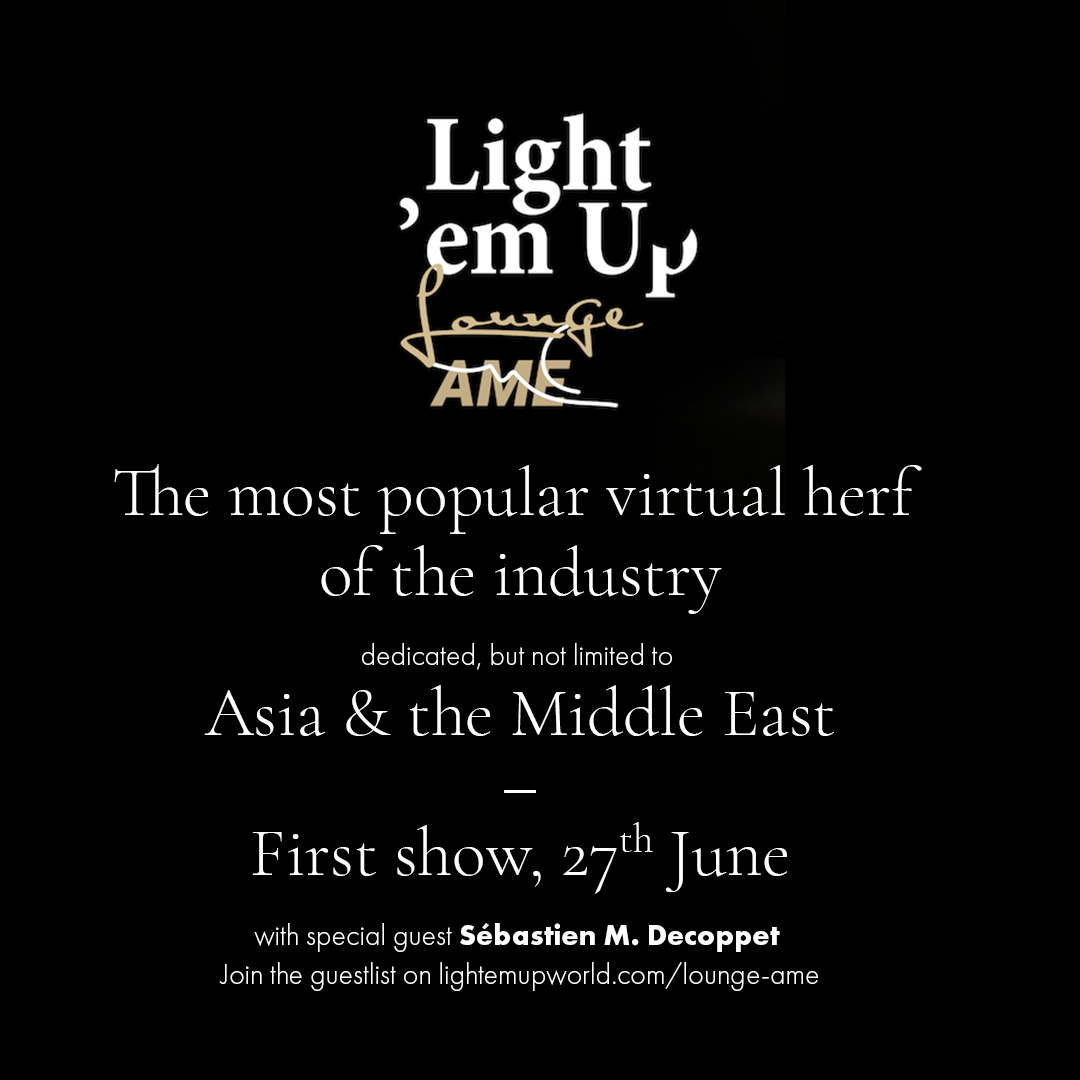 
June 2021, National - The India Cigar Club, CigarKings India, and Light ‘em Up announce a series of virtual meet-ups based on the successful concept of the Light 'em Up Lounge, which has accumulated 1 Million+ viewers over the past year across Europe and America. The trio has now formed to expand the popular show to Asia and the Middle East, starring special guests from the regional cigar industry and from overseas. The online event is organised to foster relationships, bring together like-minded premium cigar lovers, and give them a unique chance to interact with the special guests live on the show. No matter if you are already an aficionado or new to the cigar world, you are welcome to join the exclusive guest list starting today. The first special guest will be Mr. Sébastien M. Decoppet, Founder of Cavalier Genève Cigars, who established the brand just last year in India.

Reinhard Pohorec, the Founder and Host of Light ‘em Up Lounge believes, "LeU AME is a great opportunity to make friends and build relationships from Europe to Asia and the Middle East."

Initiated by The India Cigar Club, CigarKings India and Light ‘em Up, this networking event will bridge the gap between cigar lovers and act as a catalyst to personal and professional growth.

“Historically Asia and the Middle East have been small markets for cigars, but the last decade has shown promising growth. Also it is noteworthy that the increased interest in the finest cigars is not limited to Cuban cigars anymore. We all look forward to supporting the fabulous foundation Reinhard and his team have laid, and continue to grow the International community with him”, says Mr Raahuul Kapoor, Co-Founder of the India Cigar Club.

The objective is to promote cigar culture in the region, share a valuable history and introduce new trends from the cigar world. Philip Kugler, Founder and Chairman of CigarKings notes that the monthly event “is a great platform to meet new, like-minded people to exchange and learn a lot about cigars and everything around it.”

You can join this event by tuning in to the live events of the India Cigar Club on the 27th of June 2021 at 17:30 IST (GMT+5.30). All you need to do is sign up on https://www.lightemupworld.com/lounge-ame to receive the exclusive invitation link straight in your inbox.


About Light ‘em Up Lounge AME

Light ‘em Up Lounge AME was founded in June 2021 in collaboration with The India Cigar Club (TICC), Cigarkings, and Light ‘em Up World headed by Reinhard Pohorec (Founder and host of the Light ‘em Up Lounge), Raahuul Kapoor (Co-founder of The India Cigar Club, Board Member & Founding Partner of Luxury Ampersand Frolics Group), as well as Philipp Kugler (Chairman of the CigarKings Group, Co-Founder of CigarKings India) and Parth Vyas (Co-Founder & CEO of CigarKings India). It is a monthly zoom event with a special guest in every session. Aficionados can join an exclusive guestlist for the shows by signing up on the website.