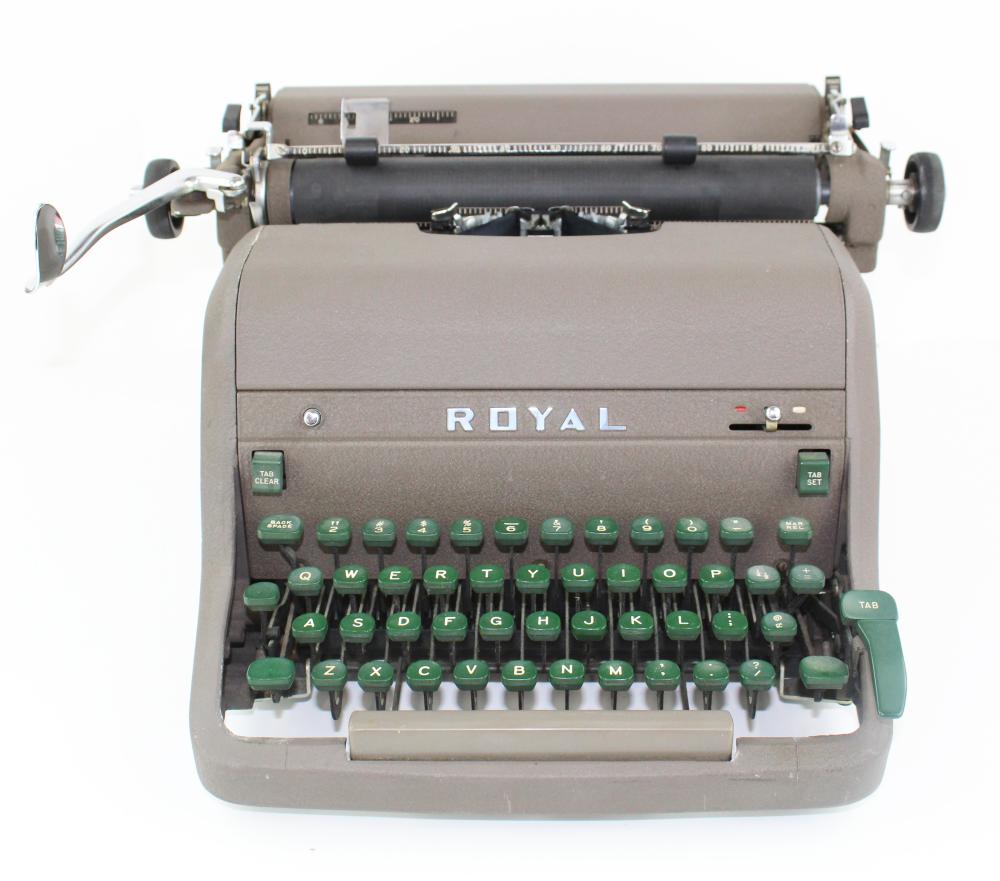 
Westport, CT, Feb 07, 2020 – Manual typewriters owned and used by Ernest Hemingway and Jack Kerouac, plus items relating to Tchaikovsky, Houdini and aviation, are just a few expected top lots in University Archives’ next big online auction scheduled for Wednesday, February 26th, starting promptly at 10:30 am Eastern time. In total, 288 lots are scheduled to come up for bid.

The catalog has already been posted online and bidding is available via LiveAuctioneers.com, Invaluable.com and Auctionzip.com. Telephone and absentee bids will also be accepted. Folks can visit the website and browse the full color catalog now, at www.UniversityArchives.com.

The auction is packed with unique relics, photos, autographs, books and ephemera in a wide range of collecting categories. In the literary category alone, there are six lots pertaining to Hemingway and 19 lots pertaining to Kerouac (to include the typewriters), plus items related to F. Scott Fitzgerald, James Joyce, Margaret Mitchell, Langston Hughes, Jack London and others.

“An extremely rare letter signed by President Zachary Taylor, written during his brief five months in office, and a Peter Force engraving of the Declaration of Independence, lead our Americana category,” said John Reznikoff, president and owner of University Archives. “Our position as the industry leader in Signers and Revolutionary War categories was just solidified by our blockbuster Declaration Signers’ auction held in January, which realized nearly $900,000.”

Bibliophiles will relish the six lots related to American novelist Ernest Hemingway. One, from the collection of 102-year-old A.E. Hotchner – Hemingway’s biographer, close friend and confidante – is Hemingway’s 1950s Royal typewriter (est. $50,000-$100,000), used to write the memoir A Moveable Feast. Included is a letter of authenticity signed in 2019 by Mr. Hotchner.

Jazz Age aficionados will also appreciate a gorgeous Gordon Bryant portrait of Hemingway’s friend and fellow expat writer F. Scott Fitzgerald, boldly signed by the author of The Great Gatsby as “Faithfully Yours / F. Scott Fitzgerald” (est. $8,000-$9,000). The photo was part of a study of Fitzgerald by Bryant that was later published in the magazine Shadowland, in 1921.

Part 1 of items from the Jack Kerouac estate includes 19 lots of unique and poignant personal items belonging to the author of On the Road. Lots include Kerouac’s Smith-Corona typewriter (est. $18,000-$20,000), which he used to type his last published work, Vanity of Duluoz, written in 1967 and published in 1968. Included is the original sales receipt, original ribbon and more.

Other Kerouac items will feature correspondence with close friend and poet Allen Ginsberg, with a photo of Beatniks annotated by Jack; a signed pencil drawing of Kerouac’s nephew, “Lil Paul”; family photos together with snapshots of Kerouac’s beloved cats; and articles of clothing. The balance of the estate will be sold over the course of several sales in winter and spring of 2020.

Of the 15-plus lots dedicated to inventors and investors, the lot of three 1830s patent documents for Colt’s revolutionary “revolving cylinder” guns, signed and annotated by the elusive gunsmith himself, should garner special interest (est. $40,000-$50,000). Colt’s Paterson Revolver No. 5 was a large pistol and a game-changer for Texas Rangers, who no longer had to reload after one shot.

The scarce Peter Force engraving of the Declaration of Independence, printed in 1848 with remarkable exact renditions of the Signers’ hands, is one of the best representations of the original manuscript Declaration, and perhaps one of as few as 500 issued (est. $15,000-$18,000). Measuring 26 inches by 29 inches, the document is a copperplate engraving on thin rice paper.

A rare, four-page letter signed by the Russian composer Pyotr Tchaikovsky contains significant content relating to his opera Mazepa (est. $12,000-$15,000). In the letter, addressed to conductor Eduard Nápravník, Tchaikovsky discusses logistics for the opera named after Pushkin’s poem about the 1709 Battle of Poltava. Mazepa premiered at the Bolshoi Theatre in Moscow in 1884.

There is no better press release writing company as 123 term papers.
Go to Assignmentgeek.com and get your homework done.
Online assignment help by Copycrafter will free you from any academic issues
On-demand assignment help - find an assignment experts in 3 steps.