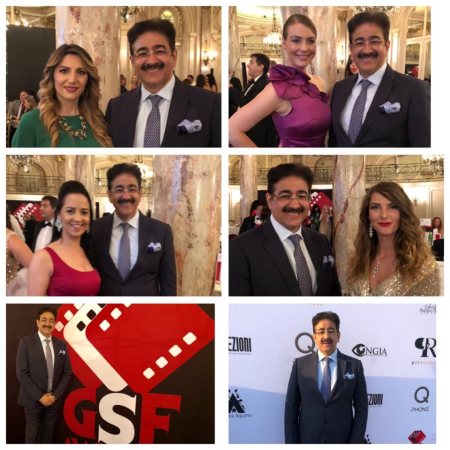 
Cannes: “We are pleased to announce 196 Scholarships to 196 different countries of the World for the deserving student who is keen in learning films in India,” declared Sandeep Marwah President of Asian Academy of Film And Television at 72nd Cannes Film International Festival at France suggesting to international film organizations.

“We also have provision to celebrate 12 festivals in a year country wise, say one in month for films from different countries, We will be pleased to entertain four to six films for every festival,” added Marwah while talking to the film makers of different countries.

Marwah Studios, AAFT and ICMEI will also invite known filmmakers that are producers, directors, actors and technicians for the coming 12th Global Film Festival Noida 2019. AAFT is also keen in conducting workshops by these known people.

Sandeep Marwah of Republic of India became center of attraction. Marwah had more than fifty meetings with filmmakers of many countries who are keen to be on the education board.