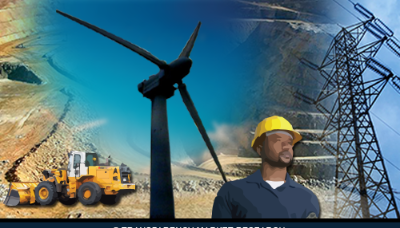 
The surging export of liquefied petroleum gas (LPG) from the U.S. due to burgeoning shale gas production is a key factor driving the recent evolution of the very large gas carrier (VLGC) market. In a report penned by Transparency Market Research (TMR), titled “Very Large Gas Carrier Market - Global Industry Analysis, Size, Share, Trends, Analysis, Growth and Forecast 2014–2020”, the rising production of the U.S. shale companies is expected to propel the demand for VLGCs over the forecast period.

The rising demand for LPG and liquefied natural gas (LNG) in several developing economies has bolstered the demand for fully refrigerated tankers, thereby expected to drive the growth of the very large gas carrier market. The research offers comprehensive insights into the key drivers and restraints, major developments in the oil and gas industry, regulatory landscape in major regions, and recent technological advancements in gas carriers.

The growing demand for LPG in a number of countries in Asia Pacific has catalyzed the very large gas carrier market. The widening of the Panama Cana, attributable to the expansion project in 2016 called the Third Set of Locks Project, is a shot in the arm for the players in the VLGC market. The expansion led to reduced travel time for LNG carriers from the U.S. to many Asian nations, paving the way for the increased transportation of LNG through VLGCs. The impact is especially significant for major LNG importers in the northern Asia such as for South Korea, China, Taiwan, and Japan. This is a crucial factor accentuating the very large gas carrier market.

Geographically, North America is a prominent regional market for very large gas carriers. The substantial demand for very large gas carriers in the region is driven by the rising shale gas production in the U.S. A large number of shipping companies in the region have begun constructing VLGCs to support this. Meanwhile, Asia Pacific is fast emerging as a prominent regional market, opening up abundant lucrative avenues for the players. The increasing import of LPG to meet the soaring energy requirements in several developing and developed nations in Asia is expected to boost the regional market.

Enter your information below to receive a sample copy of this report @ http://www.transparencymarketresearch.com/sample/sample.php?flag=B&rep_id=2877

The increasing demand for clean fuel sources in several nations of Europe due to mounting environmental concerns is anticipated to accentuate this regional market in the coming years. Owing to continued economic recovery, a number of shipping companies have bagged orders for the construction of very large LPG tankers in the region. The rising exports of LNG from Russia and numerous nations in South America is expected to augur well for the very large gas carrier market.