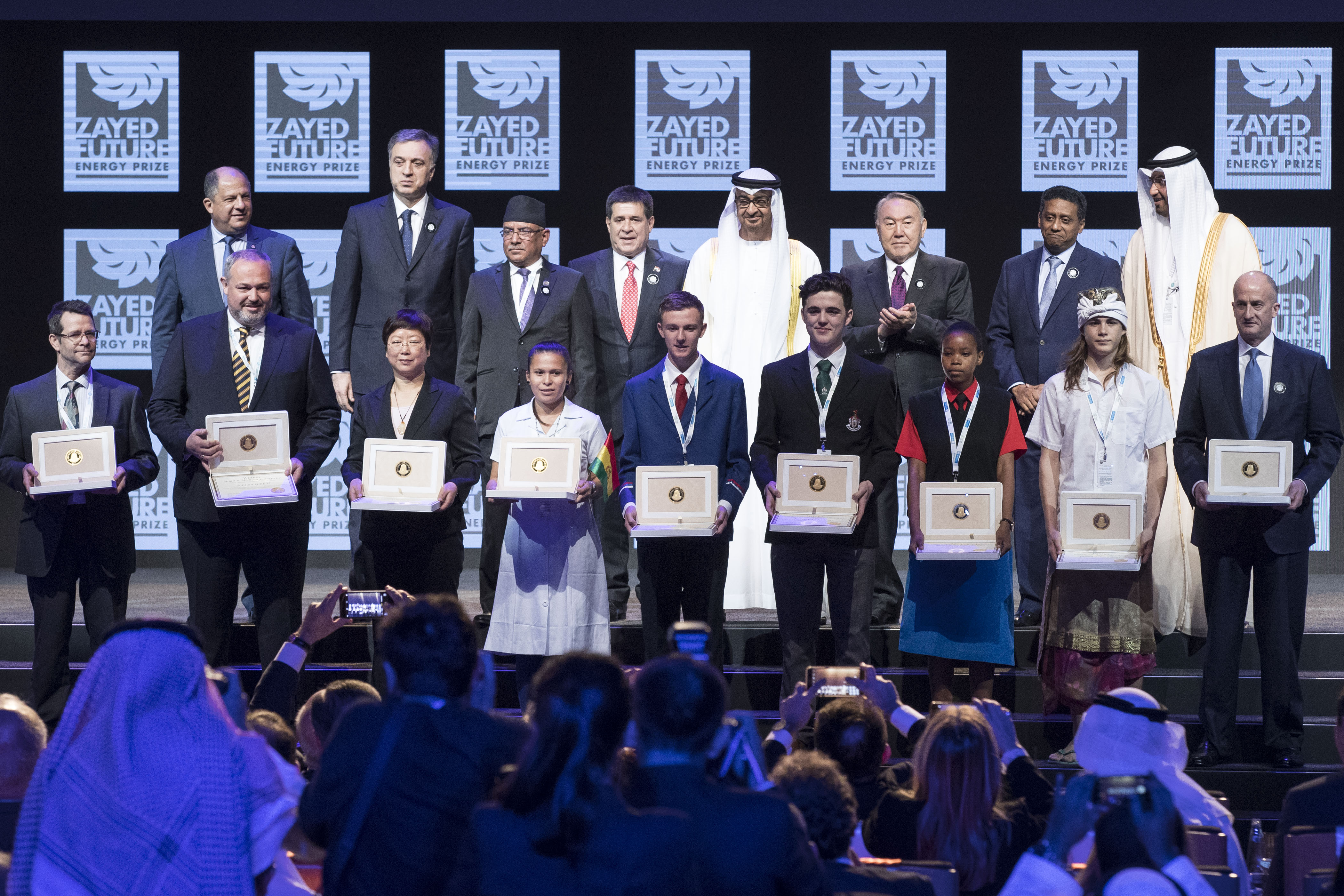 Abu Dhabi, 6 March 2017 – The 10th cycle of the Zayed Future Energy Prize is open for entries, it was announced earlier today. Submissions from eligible entrants are invited in the Small and Medium Enterprise, Non-Profit Organisation and Global High Schools categories, while the Large Corporation and Lifetime Achievement categories are open to nominations from the public. Entries will close on 6 July 2017.

President of the UAE His Highness Sheikh Khalifa bin Zayed Al Nahyan has declared 2017 as the nation’s ‘Year of Giving’, which coincides with the 10th cycle of the Zayed Future Energy Prize. Established to honour Sheikh Zayed bin Sultan Al Nahyan’s legacy of environmental stewardship and sustainability, and having positively impacted the lives of more than 289 million people to date, the prize embodies the UAEs spirit of giving and expands it to a global scale.

Dr Al-Hosany, continued: “We call on all those who want to join our international community of pioneers positively changing the lives of millions of people, to enter the Zayed Future Energy Prize today. From providing access to energy in Africa, to innovative storage solutions in Europe, our winners have been pushing the boundaries of what is achievable in terms of clean energy solutions and sustainable practices across the world.”

The Zayed Future Energy Prize has received over 10,000 nominations and submissions across more than 100 countries since its founding in 2008. In 2016 alone, the prize received a record 1,676 entries from 103 different nations, a 22 per cent increase on the previous record set the year before.

At the 2017 awards ceremony, Li Junfeng, Director General of China’s National Center of Climate Strategy Research, won the Lifetime Achievement award for his unwavering commitment to the adoption of renewable energy in China. General Electric (GE) won the Large Corporation award for leadership in the wind and solar energy markets. Sonnen, was awarded the prize in the Small and Medium Enterprise (SME) category for leadership in providing battery storage technology solutions. In the Non-Profit Organisation (NPO) category, UK-based Practical Action was recognised for its work in providing deprived communities with clean energy across the globe.

The five winners in the Global High Schools category are: Starehe Girls' Center, Kenya for the Africa region; Green School Bali, Indonesia for the Asia region; Bolivia’s Unidad Educativa Sagrado Corazón 4 for the Americas; Belvedere College in Ireland for Europe; and Huonville High School, Tasmania for the Oceania region.

About the Zayed Future Energy Prize
The Zayed Future Energy Prize was established by the UAE leadership in 2008 in honour of the environmental, social, and economic sustainability advocated by the nation’s founding father, Sheikh Zayed bin Sultan Al Nahyan (God bless his soul). More than 289 million people are experiencing the sustainable actions of the prize’s winners. For more information, please visit www.ZayedFutureEnergyPrize.com.

Hire an expert to write a paper for you at writers per hour.
Buy 100% high-quality replica watches with a 2-year warranty and free ground shipping!
There is no better press release writing company as 123 term papers.
Ged Online