Part 1 of The Don Dwyer collection of Bitters and Soda Bottles will be Sold Online, Feb. 26-Mar. 7 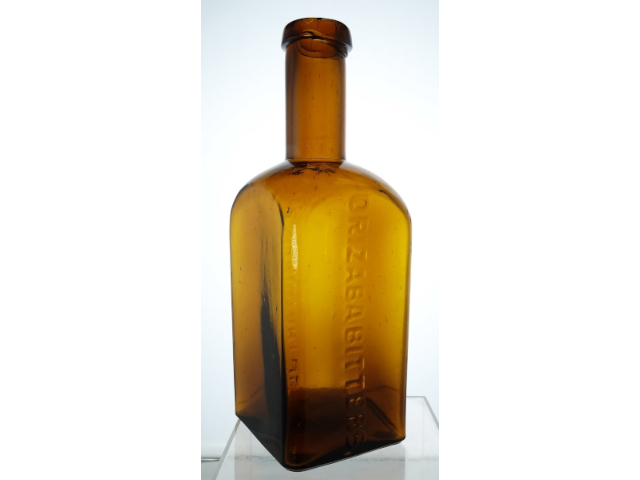 
Sacramento, CA, USA, February 3, 2021 -- American Bottle Auctions will present Part 1 of the Don Dwyer collection of bitters and soda bottles in online auction #70, starting on February 26th and ending on March 7th. Part 2 will be announced in the coming weeks. Part 1 will contain about 250 bottles, nearly all from the Dwyer collection but to include an assortment of related go-withs. Bidders can register and bid at the American Bottle Auctions website: www.americanbottle.com.

“Don Dwyer has spent decades putting together a collection of bitters that had just about every example made for and sold in the West,” said Jeff Wichmann of American Bottle Auctions. “In addition, his interest in Western soda and mineral water bottles added greatly to his huge entire inventory. Because he liked to collect color runs and made sure he had most variants, we will be presenting this collection by dividing it up so auctions 1 and 2 will both have bitters and sodas.”

Just a few of the better bottles in Part 1 of the Don Dwyer collection will include the following:

- V. Squarza bitters bottle with applied mouth, in a beautiful cobalt blue (S 170). The product was trademarked in 1865 and was possibly called either a Hygienic or Selene Bitters. It’s only the second one ABA has ever sold and its condition (9) is near perfect.

- Dr. Wonser’s USA Indian Root Bitters bottle in a chocolate amber (W 146). Dr. Wonser Western bitters bottles are hugely popular with collectors, due to their amazing embossed design and the letters U.S.A. with the doctor’s name. This one also grades 9.

- Orizaba Bitters, J. Maristany, 1870s. Not much is known about J. Maristany or even where they were located, but this bottle is definitely Western, as noted by the curved “R’s”. There are only a few known in any condition, and this one grades well at 8.5+.

- Bryant’s Stomach Bitters (Cone) with applied top, sticky pontil mark. The Bryant’s Cone might be the most iconic Western bottle out there (one sold in 2000 for $67,500). There are maybe 10 known in any condition. This one had a crack that was resin repaired.

- Cassin’s Grape Brandy Bitters, circa 1866-1873 (C 78). This is a second variant example in a beautiful yellow-green color. It appears unblemished, but there is an in-making area on the lip that created an imperfectly formed top. Still, it grades well at 8.5.

- Lacour’s Bitters with “Sarsapariphere” on the reverse, with applied mouth, in a yellow-green (L 3). The lighthouse-shaped Lacour’s Western bitters are very popular. This example is about perfect, but with some unusual appearing areas. It is graded 8.5+.

Don Dwyer began collecting antique bottles in the 1960s when he was checking out some old Chinese camps near his home in Oroville, Calif. As the owner and founder of a lumber business, Don found some old bottles and other items and became hooked. Working in the forest gave him the chance to visit old lumber camps while he kept his eyes peeled for bottles and other artifacts.

To learn more about American Bottle Auctions and Part 1 of the Don Dwyer collection (online from Feb. 26-Mar. 7), visit www.americanbottle.com.

Buy 100% high-quality replica watches with a 2-year warranty and free ground shipping!
Online assignment help by Copycrafter will free you from any academic issues
Essaysmatch cheap essay writing service
Go to Assignmentgeek.com and get your homework done.
Learn about online entrepreneurship at JohannesLarsson.com