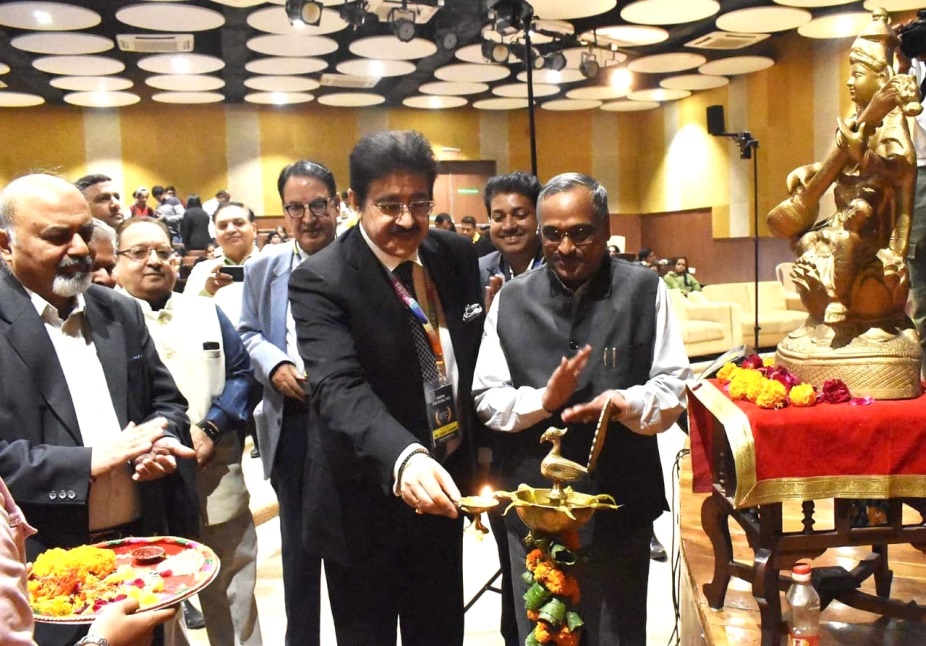 
Faridabad: “Films are the best ambassadors of culture of any country and film festivals are the most powerful platforms to showcase these films. I feel very energetic whenever I get an opportunity to be part of any film festival. They are the real podiums of film networking,” said Dr. Sandeep Marwah Chancellor of AAFT University of Media and Arts congratulating the management on the inauguration of INDOGMA Film Festival at J.C. Bose University of Science and Technology, Faridabad.

“Indian Film Industry is the biggest film Industry in the World. We make around 2000 films in 28 languages in a year. 5 billion tickets we have been selling during the year We have ten thousand theatres. Approximately ten million people are working in this media and entertainment industry and this industry is supporting another ten million people from different industry. During recent years more than hundred OTT Channels have been part of this business,” informed Sandeep Marwah also President International Chamber of Media and Entertainment Industry.

Prof. S.K. Tomar Vice Chancellor of J.C. Bose University of Science and Technology was the guest of honor. Dr. Pawan Singh Department of Communication & Media Technology designed the program. Later Dr Marwah was honored for his contribution to films & television industry. He was also invited by the media department to look around the facilities of the university.