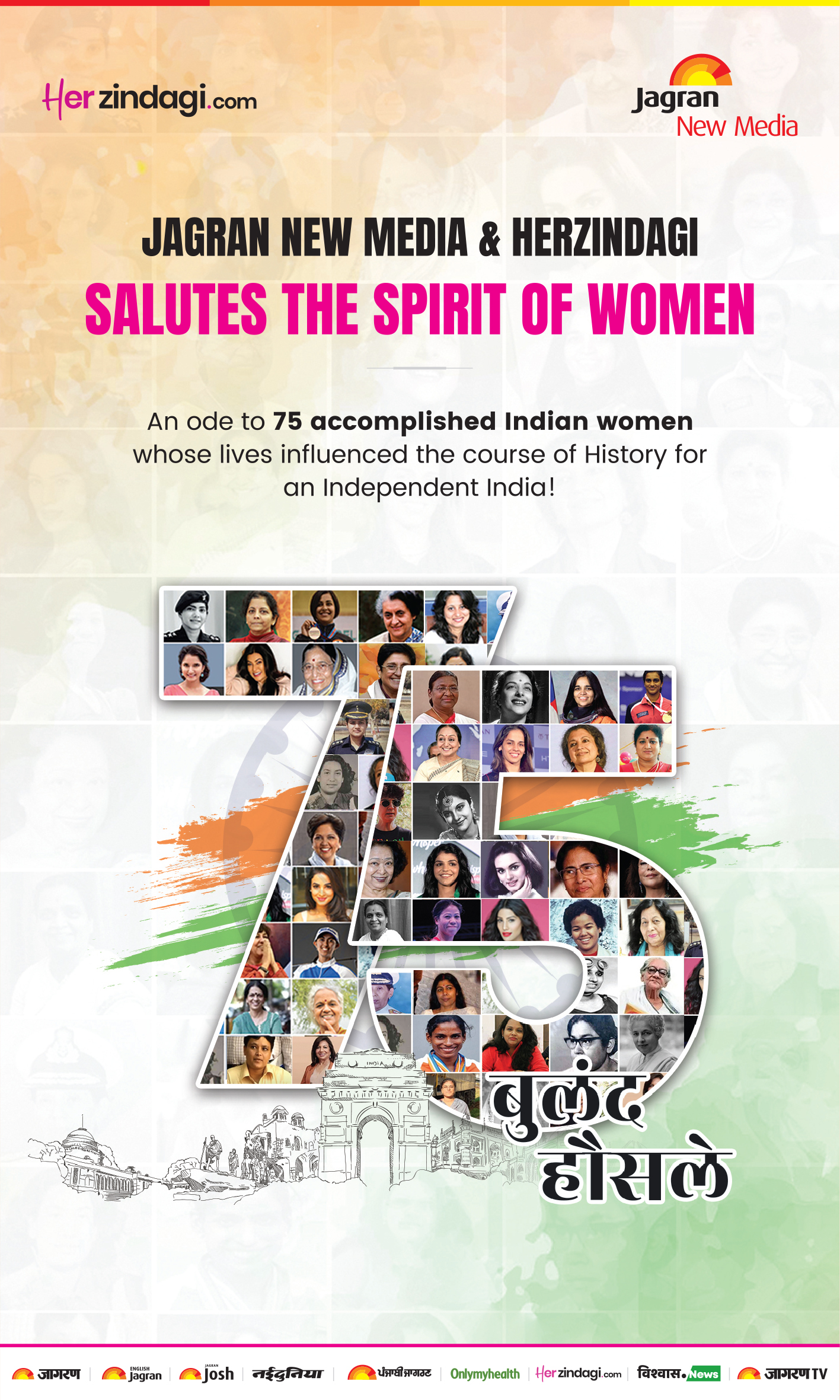 
10th August, 2022 National – Herzindagi.com a leading women’s entertainment & lifestyle portal by Jagran New Media, proudly celebrates 75 years of India’s Independence by commemorating 75 women who have shaped our nation. These are the women who changed the course of Independent India with their zeal and contributed to the nation’s growth. HerZindagi honors and salutes some of the most powerful women in India’s past and present who, through their hard work, have contributed significantly to shaping and securing India's future.

HerZindagi.com presents '75 Buland Hausle', an initiative to the power of some of the greatest women of the soil who have played a crucial role in creating and solidifying the future of India through their work. The campaign features women leaders and pathbreakers in post-Independence India, who defied the norms and knew exactly what it would take to create the future of their dreams.

Megha Mamgain, Jagran New Media's Associate Vice President for Content & Strategy, Health & Lifestyle, states: "The stories of the superwomen of India, must be celebrated. While most remember the men who contributed to building our nation, women's accomplishments are often disregarded or not celebrated enough. On HerZindagi.com, we want to change that. To mark 75 years of our great country's Independence, we bring to our readers a bank of stories that salute the women who paved the road to India's glory. These are the stories, names and contributions that we as Indians must know, our future generations must know and celebrate."

HerZindagi.com has a dedicated microsite for these 75 stories. The user has access to 75 stories that will inspire awe and patriotism with a single click. Right from the story of Neerja Bhanot, country's first woman Ashoka Chakra Award winner, to India's first woman Air Marshal, PaBandopadhyaydma, to Sushmita Sen, who brought the glory home by winning the first-ever Miss Universe Pageant, these are stories of women power, courage, leadership, strength, and love for the nation.

The microsite's design and imagery are contemporary with a pop-art influence. The "75 Buland Hausle" campaign aims to reinforce the fact that women can accomplish anything they set their minds to and that a country cannot advance unless its women are given the freedom and opportunity to contribute as well.