Items Signed by Many of History's Brightest Stars will be Sold Online Aug. 17 by University Archives 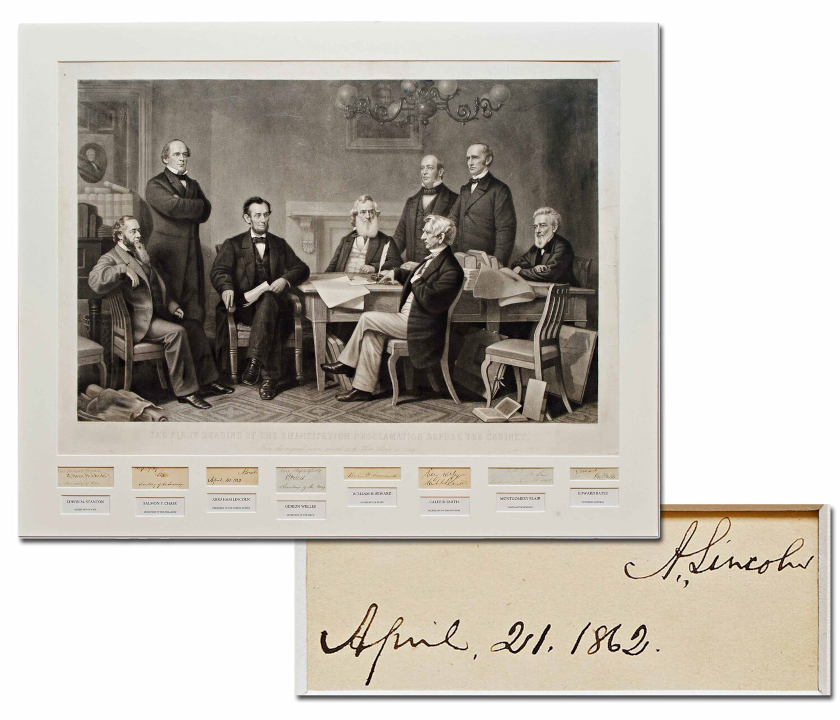 The Rare Autographs, Manuscripts & Books auction features historical material from multiple collecting categories. All 537 lots are up for viewing and bidding now (on the University Archives website: www.UniversityArchives.com), plus LiveAuctioneers.com, Invaluable.com and Auctionzip.com. Phone and absentee bids will be taken, but there’s no live gallery bidding.

“At 537 lots, this sale is our largest ever, eclipsing the previous company record-holder, our 534-lot auction held January 6th,” said John Reznikoff, president and owner of University Archives. “The sale boasts a spectacular variety of items representing the best of U.S. Presidential, Early American and the Civil War/Western collecting categories, plus music, sports, art and literature.”

One of the earliest documents signed in George Washington’s hand (in 1752, the same year he inherited Mt. Vernon in Virginia, when he was just 21 years of age), a two-page front-and-verso survey of a 346-acre tract of land in Augusta County, should bring $20,000-$24,000. Washington had just returned from Barbados with his brother, where he’d contracted a mild case of smallpox.

A pair of items relating to John F. Kennedy’s political aspirations in the late 1950s will be sold as one lot (est. $15,000-$17,000). The first item is a signed personal check reimbursing travel expenses; the other is an accompanying typed letter, signed by JFK in the spring of 1956. Both are slabbed and authenticated by Beckett Authentication Services. Kennedy was a U.S. Senator from Massachusetts at the time, angling for the 1956 Democratic Vice-Presidential nomination.

A large pay receipt signed by legendary frontiersman Daniel Boone, sometime during his service as a delegate of the Virginia General Assembly (circa 1781-1791) is expected to bring $12,000-$14,000. The document highlights one of Boone’s often overlooked roles as a legislator. In 1781, Boone represented Fayette County, now in Kentucky but then part of Virginia, and was kidnapped in a British cavalry raid led by Colonel Banastre Tarleton. Tarleton’s targets were Virginia Governor Thomas Jefferson and more high-profile Virginia lawmakers, but he settled for Boone and six other legislators.

Benjamin Franklin engrossed and signed a receipt in 1756 for his Pennsylvania Gazette, the Philadelphia newspaper he had established in the late 1720s. Franklin collaborated with a Scottish printer named David Hall for 18 years, during which the Pennsylvania Gazette became politically aligned with the Patriot cause. The signed receipt should finish at $9,000-$10,000.

Lot 100 is an engraving of The First Reading of the Emancipation Proclamation Before the Cabinet, after Francis Bicknell Carpenter’s original oil on canvas. It is displayed above the assembled signatures of all eight figures depicted, including Abraham Lincoln, William H. Seward, Edwin M. Stanton and Salmon P. Chase, and has a pre-sale estimate of $8,000-$10,000.

For more information about University Archives and the Rare Autographs, Manuscripts & Books auction slated for Wednesday, August 17th at 10:30 am EDT, visit www.universityarchives.com.