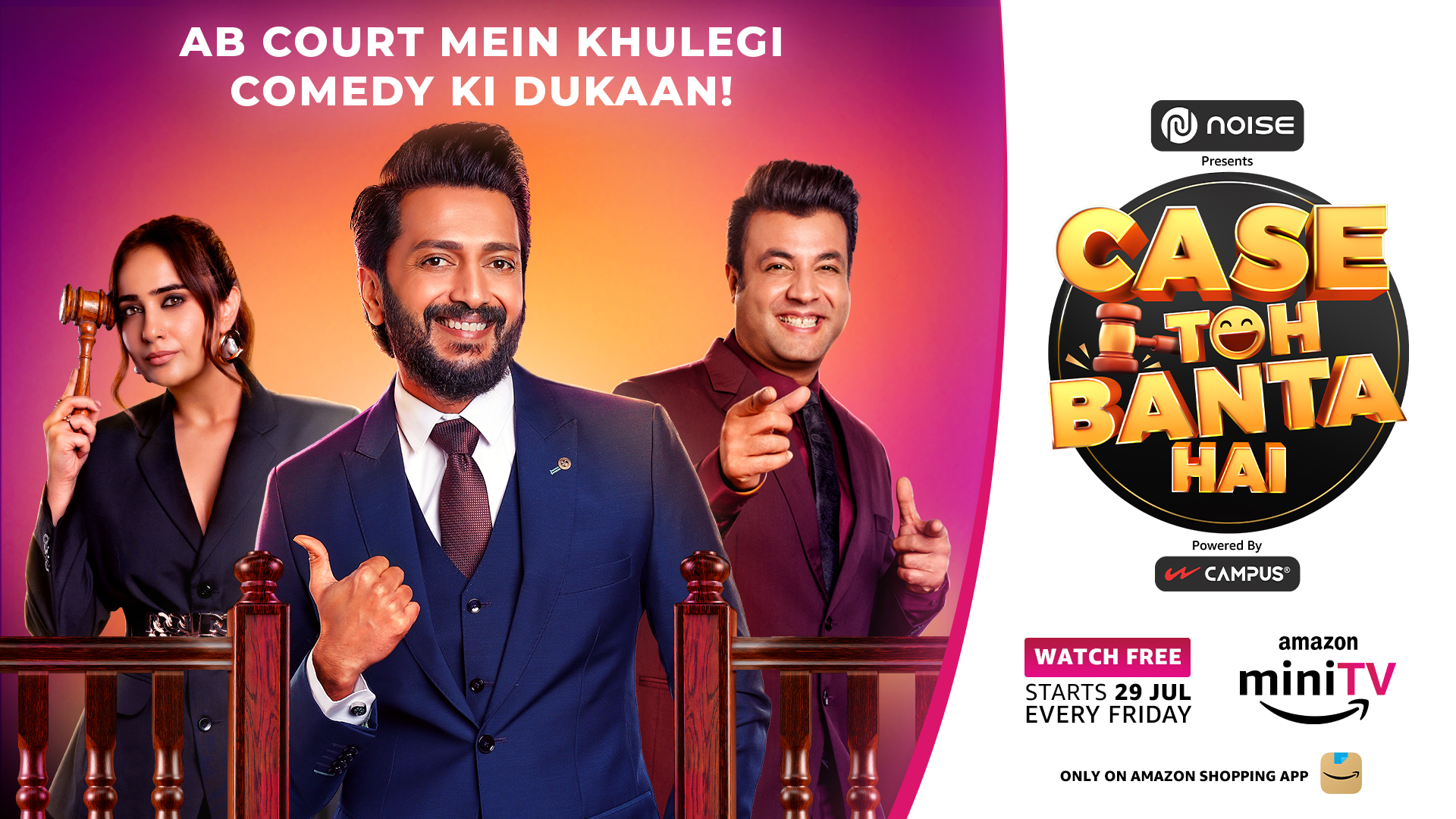 
India, July 29, 2022: Noise, India’s leading connected lifestyle brand, today announced that it has partnered with Amazon miniTV, as the title sponsor of India’s first courtroom comedy show, ‘Case To Banta Hai’, to be aired on Amazon miniTV which premieres today. The partnership will see the creative use of brand integration at various touch points throughout the show.

Gaurav Khatri, Co-Founder, Noise said, “I am delighted to announce our partnership with Amazon miniTV, as the title sponsor of India’s first courtroom comedy show, which will bring the right mix of talent, creativity, and engagement. At Noise, we are always on the lookout for avenues that are innovative and inspirational at the same time, and our association with the Noise Case Toh Banta Hai show is a step further in this direction. We are all excited to present the show to our audience.”

The partnership is a step toward strengthening the national footprint of the brand. As a progressive brand with consumer centricity at its core pillar, the partnership with Case Toh Banta Hai will enable Noise to inspire a larger set of audiences to follow their instincts (Inner Noise).

The show is a progressive combination of various formats including light-hearted roast, talk show, and sketches, and will make the right appeal to the youths of India. It will involve a series of questions that are sure to leave the audience in splits and after the case, the Noise Faisle Ki Ghadi will be announced.

Produced by Banijay Asia, Case Toh Banta Hai is India’s first court of comedy, which will see Riteish – Junta ka lawyer, level the most bizarre and hilarious allegations against some of the biggest personalities of Bollywood, who will be defended by their lawyer Varun. The fate of these guest celebrities will be decided by a judge played by Kusha, whose final word will prevail. Adding a new dimension will be witnesses who will be seen in various avatars. This coupled with Riteish’s signature style as an entertainer and his prowess in the craft of comedy will thoroughly enthrall audiences at large.

Noise was founded with the mission to democratize connected lifestyles for Indians. With consumer centricity at its core, Noise has constantly come up with industry-leading and path-breaking innovations in audio, wearable tech, and connected tech. With 9 industry-first innovations to our credit, the company forges its way into the future with a heightened sense of co-creation and innovation in products.