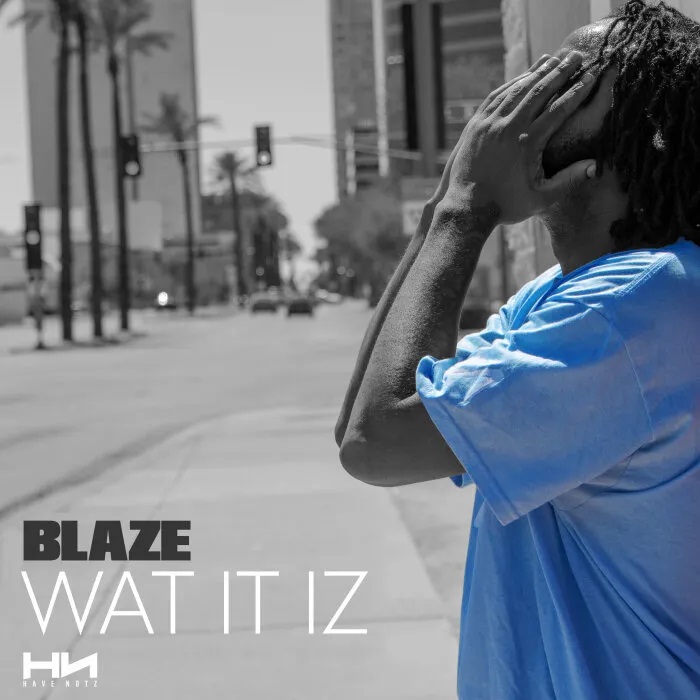 
Rising Have Notz rapper Blaze announces a new captivating single titled 'Wat It Iz'. Blaze, an Arizona hip-hop artist, is back to give his fans another treat as he has been releasing several singles and albums. Blaze's new single, 'Wat It Iz' is the first single released by Blaze since his last studio album, Southwest. 'Wat It Iz' features a catchy beat, and mesmerizing lyrics. The new song presents Blaze’s amazing voice that he used to create catchy songs that get stuck in the head. He also has a unique way of performing his tracks that makes him stand out from other hip-hop artists.

"I'm excited to share my new music with the world," says Blaze. "I've been working hard on my new single, 'Wat It Iz', and it feels great to finally be able to give people a taste of what's coming."

Blaze is a talented Arizona hip-hop artist with unbeatable musical abilities. This Arizona hip-hop artist has appeared on many podcasts, blogs, media outlets, and more because of his dedication to the music of Arizona hip hop. Throughout his career, he has put out some albums and singles that have dominated the hip-hop music scene in Arizona with their unique lyrics and great music. Beats like "Eat," "The Vybes," "Amerikkkan Nightmare," and others from Blaze's 2021 album ‘Southwest’ have gained more than 100,000 Spotify streams combined.

Blaze has been making music since 2014 when he released his first album titled "The Epitaph". This album featured many different styles of hip-hop music, which allowed Blaze to show off his versatility as an outstanding hip-hop artist. After releasing this first album, Blaze went on to release several more albums and singles before he decided to start releasing a phenomenal album titled 'Southwest' in 2021. This album was the last album before releasing the single 'Wat It Iz' in 2022. 'Southwest' album featured 18 tracks and featured talented artists like Sudz P and Ay Good.

Blaze is a Have Notz rapper-songwriter, performer, music producer, and Phoenix-based label owner. His latest track, 'Wat It Iz' is available on digital music platforms like Spotify, Apple Music, Amazon Music, and more. For information about Blaze and his latest single, 'Wat It Iz', please visit Have Notz's official website at https://have-notz.com/product/wat-it-iz/ and other digital music streaming platforms.