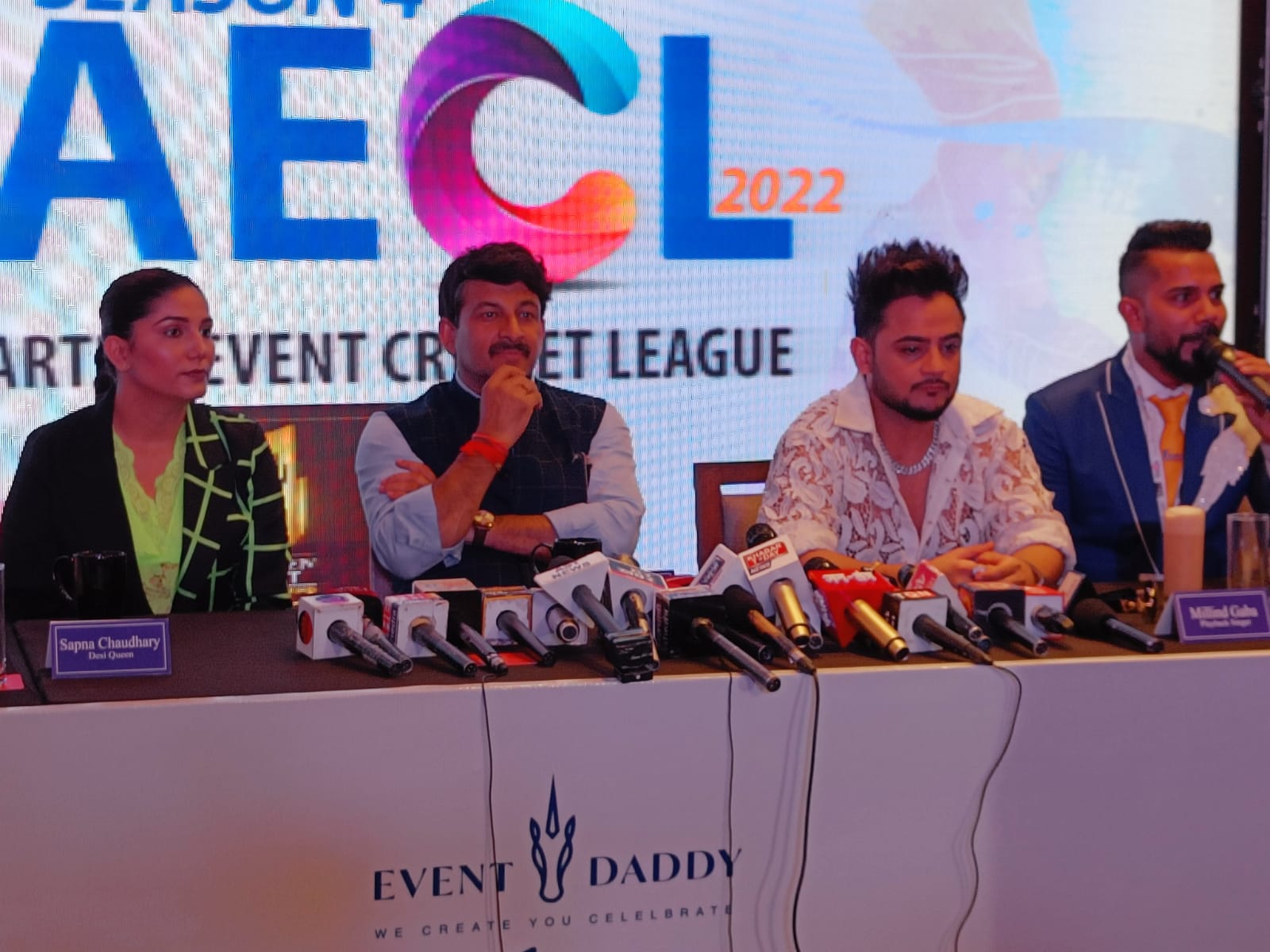 It is expected that the inauguration ceremony will be flagged off by Hon’ble Chief Guest Mr Anil Vij- Home Minister – Haryana state, and Anurag thakur will be tossing the coin during the friendly opener. It is also expected that Veteran Indian left Hander-Suresh Raina will also be present to cheer up for the matches during the tournament.

Unlike previous seasons, the grand inauguration ceremony will be followed by a friendly match between the celebrity team and Samarthanam. Samarthanam is the name of the cricket team in the visually challenged segment who have represented India at the International level and are the World Champions in 2018. This will be a friendly match, and a gesture of honour to the team given by the celebrity world.

“The series includes a total of 31 matches to be played between 16 teams segregated into a pool of 4. 6 matches will be conducted each day and the series winning prize will be 7.5 lakh INR, followed by runner up prize of 3.5 Lakh INR. The man of the tournament award has also been segregated into two categories with award to the best batsmen of the series will win a bike, and the best bowler will win a scooty. Other match-wise prizes include best catch of the day, purple cap of the day etc, who will be awarded with a bicycle daily.” Said Ashish Mathur, Founder, AECL

Uniting artists, event planners from five different states this time, the AECL is claimed to be the only such league of its kind to be ever conducted in the country. Yet, looking at the future perspectives, the founders of AECL aim to gather and involve artists from across the country with the involvement of the corporate sector as well in the upcoming seasons.

“After three very successful seasons of AECL, In the fourth edition we aim to take things a notch higher, by infusing concepts and entries to a whole new level. Unlike previous three seasons, for the first time, we will witness the battle between teams each from Mumbai, Punjab, Uttar Pradesh, Haryana and 12 teams from Delhi. The main aim is to gather and unite all the artists, event management companies on a single platform that reveres to fun, entertainment and business. A friendly ambience is always the requirement for booming business collaboration and future growth. Cricket is one such team game that has the potential to create opportunities to know each other better, share better bonding and this has already been witnessed in the last three seasons.” Added Mathur

Being in this artist industry for the last 15 years, Ashish started as a choreographer with Aasma Dance Company in 2004 and his wife Sonia Verma (Director – AECL) was one of the finalists in the India’s Got Talent Season 2. Being from an artistic background, the couple knew the real struggle to survive in the industry and thus, along with Ashish Rathee and Vipul Gosai, came up with this unique concept to bridge the artists, event planners and business. While there are no such known organisations functional in North India for the welfare of such artists, the couple also runs a trust by the name of NAWA – for the welfare of the artists.