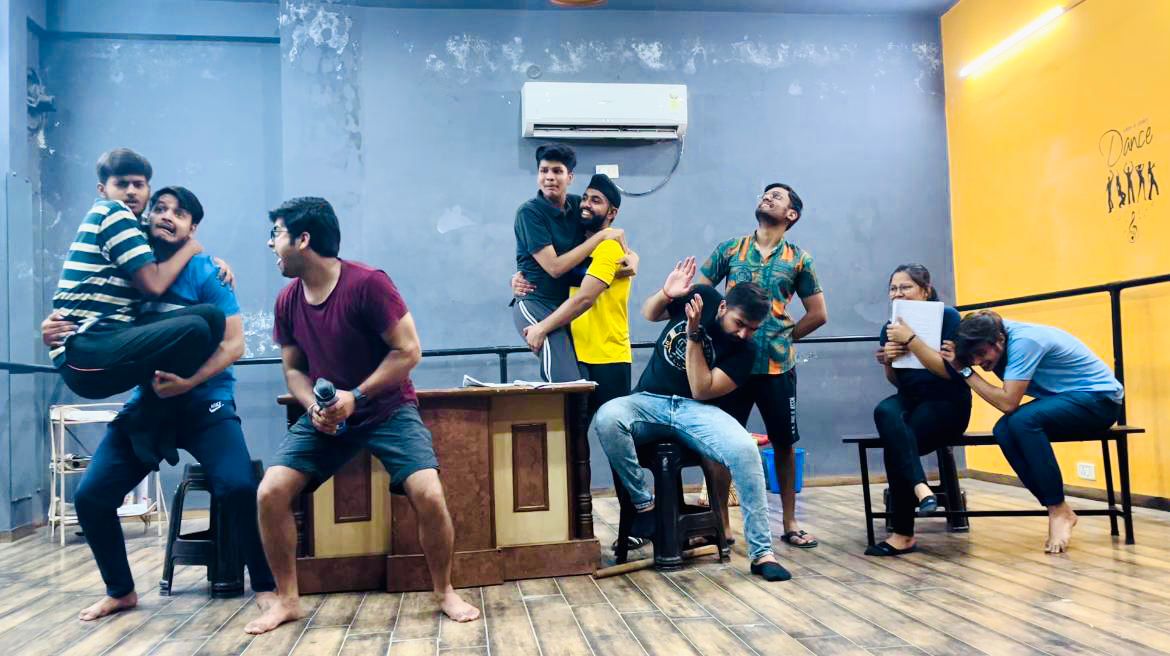 
July 21st, 2022: Natshala Theatre Group has been committed to providing a breath of fresh air in the arts and culture industry for more than two years. The Director of the Natshala Theatre group, Vishnu Grover, has directed and performed innumerable plays over the course of 10 years of his career in the industry. Natshala performs across the country, receiving a great deal of love and admiration from the audience with every performance.

Natshala Theatre group is back and ready to captivate the audience once again with their next performance, "Accidental Death of an Anarchist". This play is written by an Italian playwright Dario Fo.

The team has bewildered the audience with their performances in the past. Yet again, they invite every theatre lover to witness an exemplary performance on Saturday, 23rd of July at 6:30 PM at Dance Vogue, RDC, Raj Nagar. Dance Vogue is a studio based in Ghaziabad that is trying hard to promote entertainment in the city by organizing different events.

Unfolding in the settings of 19th-century Italy, the play is based on real-life scenarios of political corruption, violence, controversy, and governmental failure. It is one of Dario Fo's
most famous plays. Director Vishnu Grover has modified the play as per the current situation and scenario. This political drama is worth watching for its striking similarities with the current world, and the crazy humour promises to take their audience on a laughter riot.

The director of the play, Vishnu Grover along with his team are waiting impatiently to bring this majestic play to their beloved audience. They hope that their plays bring the light to important social issues and bring people together to understand them through the means of theatre.

The casting includes Vishnu Grover, Gurudev Singh, Kartikey Agarwal, Nitik Jha, Shivam Jha, Swati Bora, Anubhav Pal, Hritik Singh Divyanshu Khanna and Anand Kumar Pal. Alongside, the
backstage crew can’t be forgotten who work tirelessly and ensures to avoid any onstage hiccups. The team includes the Production Manager, Manpreet Kaur. Shikhar Madan and
Shikhar Madan will serve as the team's head for Lights and Music respectively with Shrishti Sharma, backstage in charge. Kuldeep Singh will be the Photographer and Videographer. And,
last but not the least, our cosmetician Swati Bora will be responsible for the Make-up.

Natshala Theatre Group is a Ghaziabad based theatre group started by Vishnu Grover in 2019. The group has been taking offline and online classes and workshops across the country.
Director Vishnu Grover wants to spread more and more awareness about theatre which is, unfortunately, diminishing from society as the shift has been moving towards cinema. With his years of experience and skills, Vishnu has successfully formulated a core team that is known for performing and spreading social awareness through stage and street plays across the country.