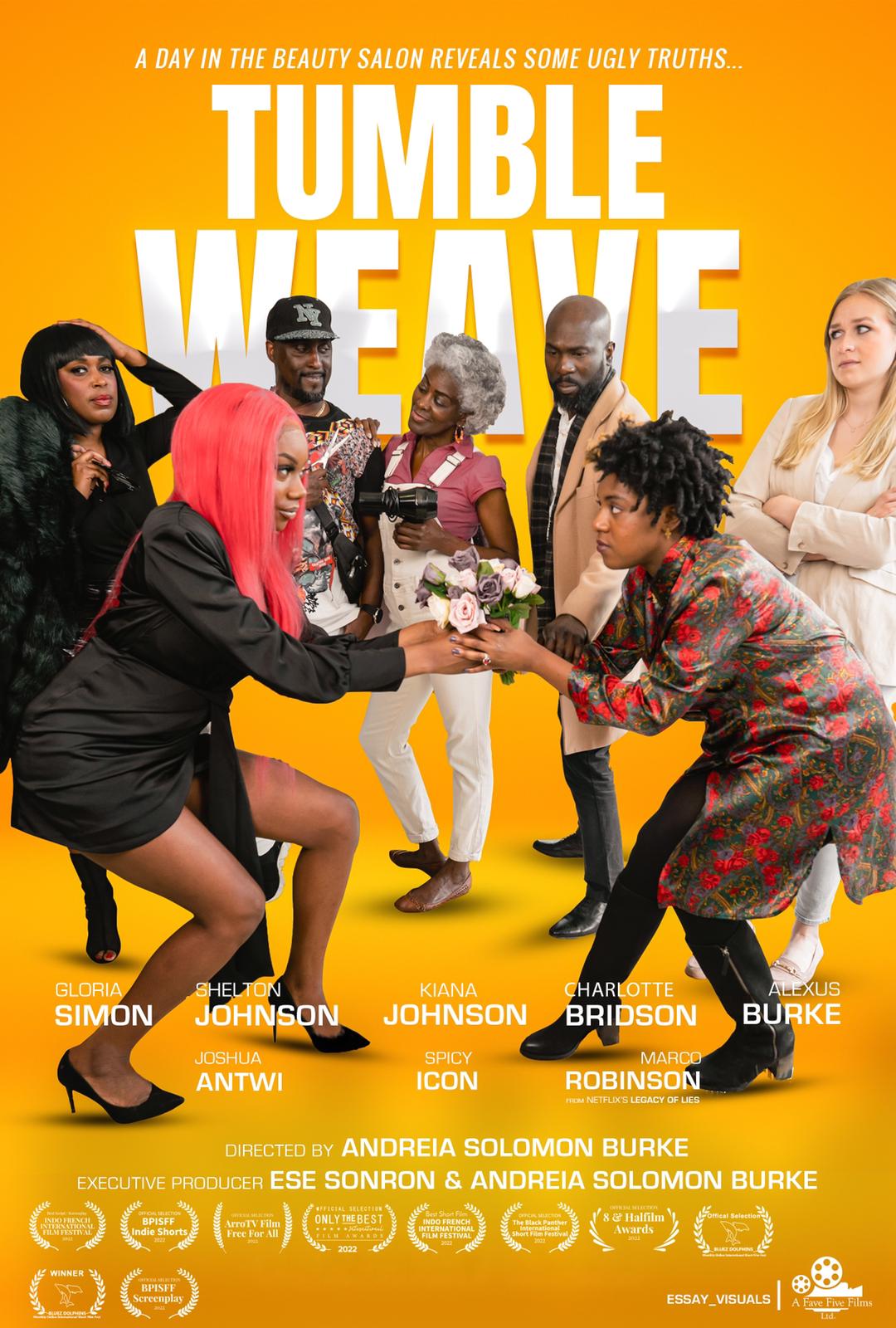 
Tumble Weave film is directed by American author Andreia Solomon Burke and will be launched on September 10th, 2022, in London.

Andreia Solomon Burke, the film director, said, "We were excited to share the news about our most-awaited film with the world, especially since it's been a few years since we last released 'Just Another Angry Black Woman' film. We worked hard to make sure that the script was perfect and that our actors were prepared for their roles. Though we did have a few setbacks during production, we're very proud of what we've put together and are excited for people to see it. It's so gratifying when you work hard for something only to see your efforts come together into something that you can be proud of!" She added, "I would like to thank the actors for their hard work. I would also like to thank everybody involved in this project. I've never worked with such a talented crew. This film will be released on September 10th, 2022 at 12 Balham Station Road, London, SW12 9SG. Come and enjoy the show."

When A Fave Five Films released its first film, the company generated a lot of press coverage as it was an independent film made on a small budget without any backing from studios or major distributors. The upcoming film 'Tumble Weave' will provide great entertainment. The director, Andreia Solomon Burke, is coming off her award-winning first film and has been approached by several major studios to helm big-budget projects. With the same team behind 'Tumble Weave' and with a fresh, diverse cast, A Fave Five Films is looking to build on the successes of its previous film.

About A Fave Five Films

A Fave Five Films is a London-based independent family-owned production company. 'Tumble Weave' is the second film from A Fave Five Films. The company' first film, 'Just Another Angry Black Woman,' was selected as the best film at the Isle of Portland Short Film Festival 2020. For more information about the 'Tumble Weave' film, please visit A Fave Five Films' official website at http://afavefivefilms.com/.