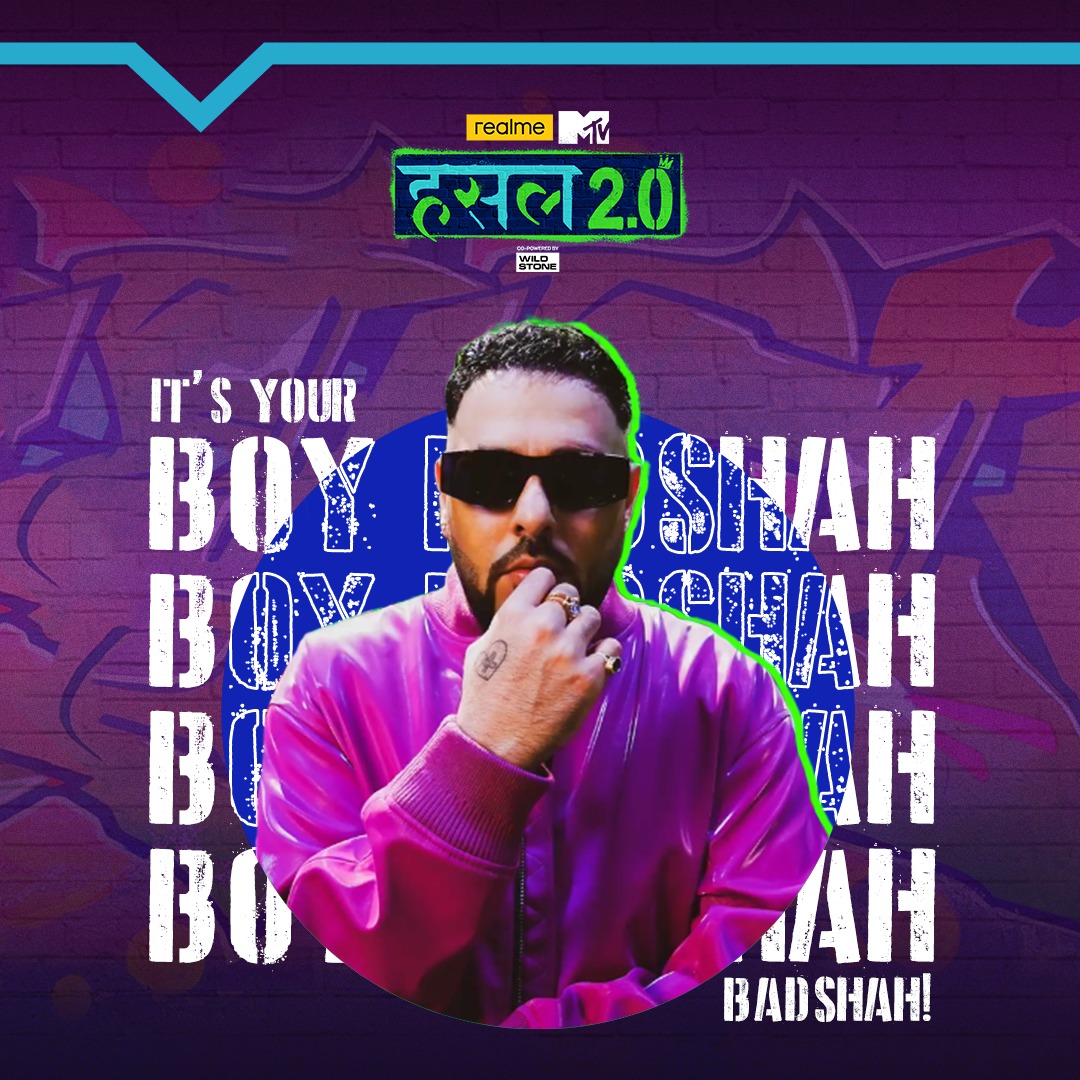 
Realme ‘MTV Hustle 2.0’, co-powered by Wild Stone new classic range, is all set to surpass the benchmark its genre-defining predecessor carved while spotlighting homegrown, independent rap musicians from across the country. After the mega success of the first season, MTV Hustle 2.0 produced by FremantleMedia India promises to elevate the pan-India competition. And raising the bar to unprecedented heights is the show’s brand-new judge, Badshah, the inimitable international king of rap! The Indian megastar who has created waves across the globe with his phenomenal music and recent international collaborations, will be seen judging fresh rap voices from across the country!

Badshah will helm the show’s new season as the rap battles ensue amongst contestants, who will be mentored by squad bosses. The celebrated rapper-icon will assess participants across every parameter and guide them to becoming the country’s next-gen rap hip-hop sensations. The contestants will be selected based on their writing, rapping talent and performance.

Speaking about donning the judge’s hat for MTV Hustle 2.0, Badshah expressed, “As an indie rap artist who dreamt of putting his music on the global map, I know the blood and sweat that goes into it. MTV Hustle is a brilliant platform that resonates with my passion, and I love the way the clutter-breaking first season brought homegrown rap voices from the nooks and crannies of the nation, in front of millions of people. I know for a fact, there’s a lot of talent out there that is yet to be discovered, and I can’t wait for MTV Hustle 2.0 to roll, bringing the country’s most promising rap sensations to the forefront.”