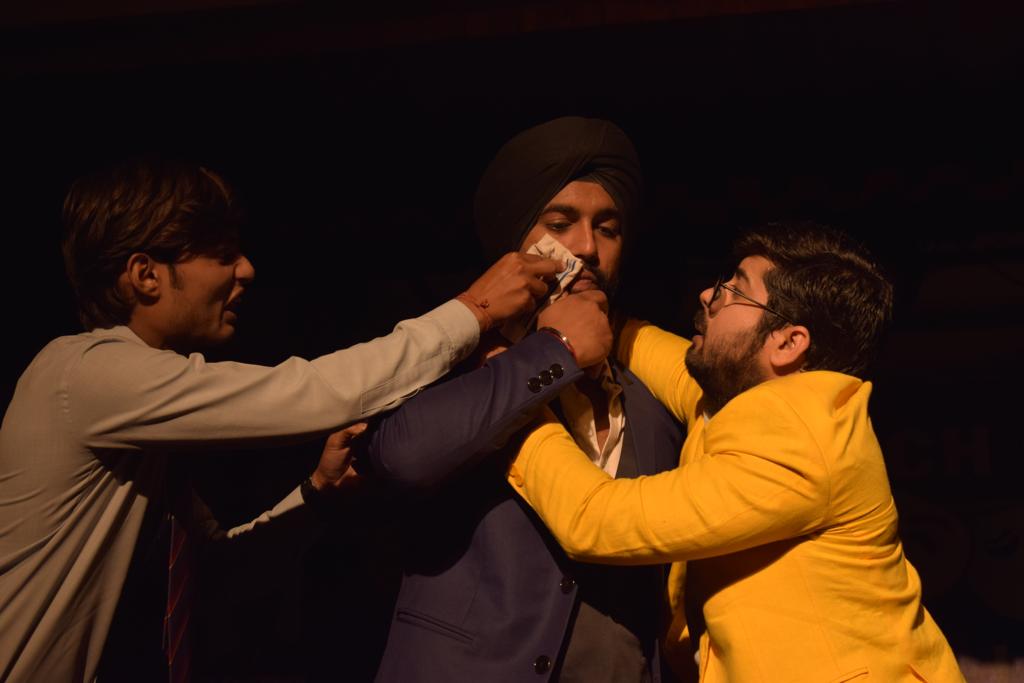 
Ghaziabad, 4th July 2022: Natshala Theatre Group based in Ghaziabad has been working on a mission to develop more awareness around art and entertainment for the last two years. Vishnu Grover, the Director of Natshala Theatre Group has more than 10 years of experience and he is known for his multiple exemplary performances.

Team Natshala has begun the new month on a very high note as they were invited to perform one of their best plays "Chekhov Ki Duniya” written by Anton Chekhov in Hindi Bhawan, Ghaziabad on July 1st for CA Day Celebration and on the 2nd of July, they repeated their same performance at Dance Vogue, Raj Nagar, Ghaziabad. It was indeed a moment for the team as the love, laughter, applauds were received in abundance.

The team has performed Chekhov ki Duniya in the past as well. Director Grover has compiled three beautiful stories of the writer including Sneeze, Julia, and Drowning man. Anton Chekhov was a Russian playwright and short-story writer who is one of the greatest writers of all time. The writer has unapologetically touched on some social issues in the most comical way.

Director Vishnu Grover encapsulates the team's experience by saying, “We have performed this play more than 5 times in the past and every time, we have received giggles and whistles in plenty. We are more than grateful to the Ghaziabad branch of CIRC of ICAI for inviting us to participate in their celebration. We consider ourselves blessed enough to perform two houseful shows in a row."

Natshala Theatre Group is a Ghaziabad based theatre group started by Vishnu Grover in 2020. The group has been taking offline and online classes and workshops across the country. Director Vishnu Grover wants to spread more and more awareness about theatre which is, unfortunately, diminishing from society as the shift has been moving towards cinema. With his years of experience and skills, Vishnu has successfully formulated a core team that is known for performing and spreading social awareness through stage and street plays across the country.

Hire an expert to write a paper for you at writers per hour.
Get your Explainer Video at 100 dollars only Today.
Buy 100% high-quality replica watches with a 2-year warranty and free ground shipping!