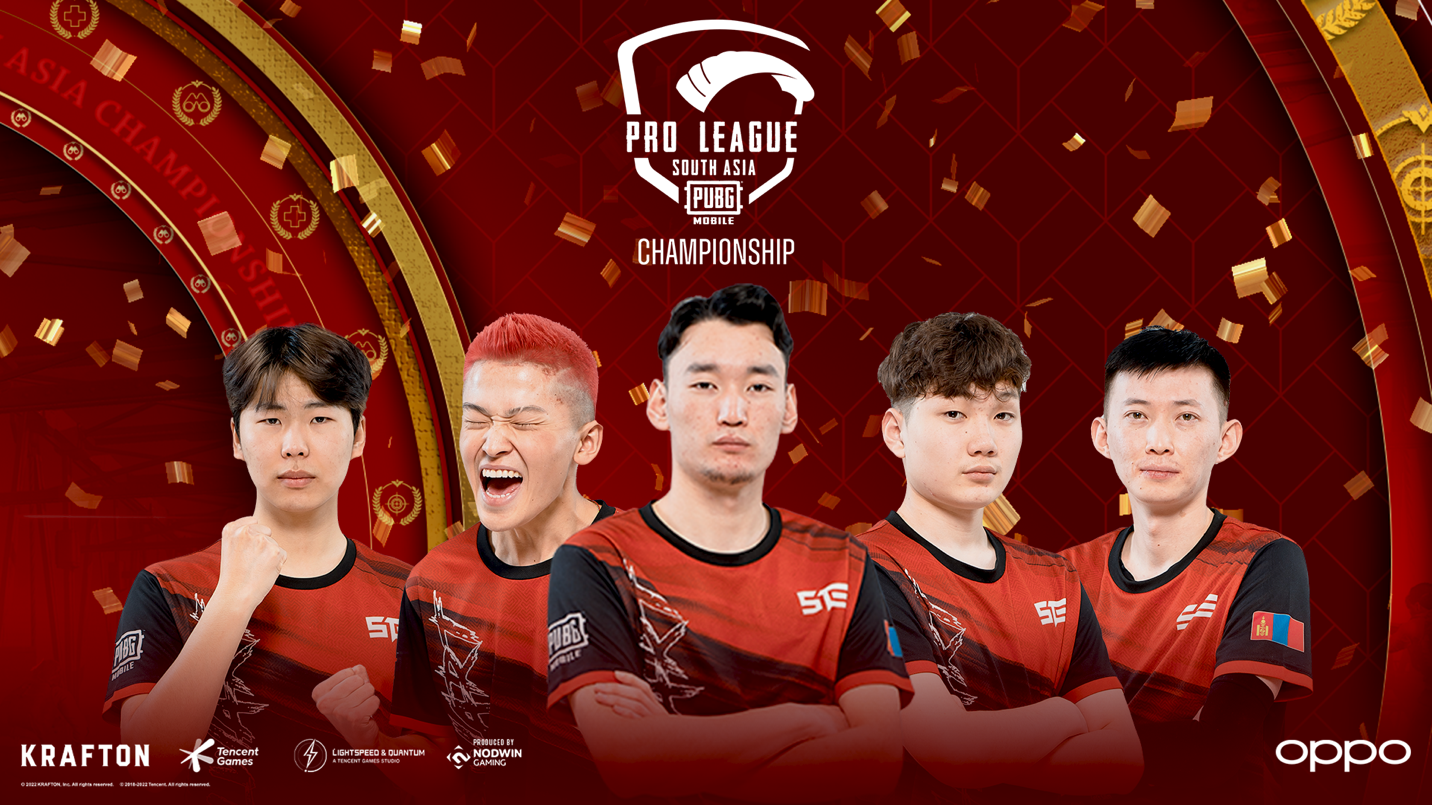 2022 PMPL South Asia Championship Spring hosted 24 intense matches across the four days. Stalwart Esports took home the championship with a splendid lead of 50 points, trailed by Trained To Kill who climbed up to the runner-up position in the last match, and JyanMaara Esports claiming the 3rd spot. i8 Esports and SEAL Esports took the 4th and 5th positions respectively.

While all Esports athletes of the tournament showcased exceptional caliber, eight of them displayed skills setting them apart with an MVP ranking. Dominating yet again, Stalwart Esports claimed the top 3 spots of MVPs. Burenbayar ‘TOP’ Altangerel racked up 50 eliminations and claimed the title of tournament MVP, followed by Suhbat ‘Action’ Galtsalam and UnuBold ‘Pika’ Erkhembayar in the 2nd and 3rd spots.

The tournament was broadcast across all participating regions in South Asia in English, Nepali, Mongolian and Urdu on the PUBG MOBILE South Asia Esports social media properties along with the social media platforms of the teams and other popular local Esports and Gaming influencers.

Listening to community feedback, Tencent integrated a number of improvements to the broadcast such as reducing breaks in-between matches and increasing viewer engagement opportunities through a virtual studio audience where fans could show their support for the teams. In addition, a storyline for each country with player analytics was also available for the audience to select based on their country.

Popular South Asian celebrities also joined the broadcast to express their support. Actress Riyasha Dahal from Nepal, actor Bayarbat Mishigdorj from Mongolia, actress Shanudrie Priyasad from Sri Lanka and the talented Bhola Record and Mathira from Pakistan all made entertaining appearances where they showcased their dance skill in the form of popular PUBG emotes.

The championship also brought with it exciting in-game activities where gamers received in-game items for free from the 19th of May.

As one of the region’s largest Esports titles, PUBG MOBILE has been a strong force behind the recent exponential growth of Esports in South Asia. The battle-royale game sees millions of daily players embrace its unique game mechanics that balance survival and battle tactics; demanding teamwork, hand-eye coordination and strategic thinking.

PUBG MOBILE is based on PLAYERUNKNOWN’S BATTLEGROUNDS, the phenomenon that took the world of interactive entertainment by storm in 2017. Up to 100 players parachute onto a remote island to battle in a winner-takes-all showdown. Players must locate and scavenge their own weapons, vehicles and supplies, and defeat every player in a visually and tactically rich battleground that forces players into a shrinking play zone.