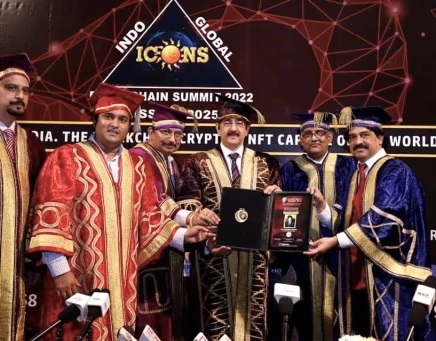 
New Delhi: Sandeep Marwah deserves highest accolades as he is one of the most exclusive film, television and media personality who has created number of international records and promoted education, art and culture to the best. His has developed large number of international connections and has been able to create many international organizations to have best of the relations with foreign nations through art and culture,” citation was read in a function at Noida Film City.

Sandeep Marwah has been nominated as the Chair of cultural organizations created by more than the 60 governments of the World through their representatives including Presidents, Prime Ministers, Governors, Ministers, Ambassadors and High Commissioners.

Sandeep Marwah is the founder of Noida Film City, Asian Academy of Film and Television, and Marwah Studios.