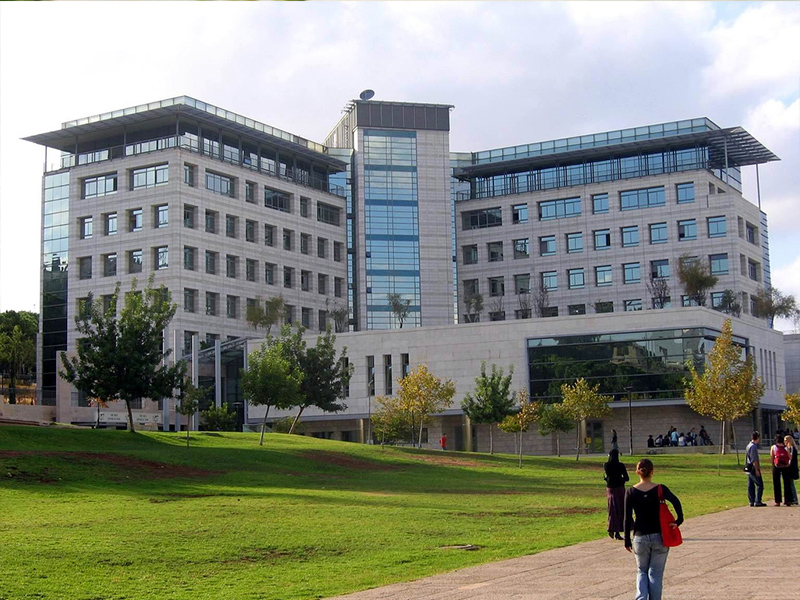 
June 27th 2022: Technion scientists have developed a unique water pump powered solely by solar energy to improve agricultural yield in remote areas. This solar energy-powered water pump does not require an electrical power supply. The pump, built from simple and inexpensive components, does not contain moving parts, and is therefore cost-effective to manufacture and maintain. The prototype built at the Technion demonstrates the efficiency of this technology to pump water from wells in arid and remote areas.

From Haifa to Mek’ele Kristos

Ethiopia is a country in East Africa, with an agriculture-based economy. Many regions in the country suffer from an ongoing drought and lack of available sources of water. In 2013, the first connection was established between the Technion and the village of Mek’ele Kristos in northern Ethiopia, as part of the activities of the Technion branch of Engineers Without Borders (EWB), headed by Prof. Mark Talesnick. Their first project in the village, with the participation of 15 Technion students and many members of the local community, was a system for storing rainwater in the local school. The system provides drinking water to the school and eliminates the need to transport water in buckets from the nearest well. This development freed many of the village girls, who previously had to engage in bringing water instead of studying.

The current project, a thermoacoustic pump, was born following the establishment of the Mauerberger Foundation Fund (MFF) Research Award for Transformative Technologies for Africa in 2019, with a large prize of half a million dollars. Two groups won the first round of the award: the first, a group of researchers from the Technion and South Africa – Prof. Guy Ramon, Prof. Mark Talesnick and Prof. Yehuda Agnon of the Technion Faculty of Civil and Environmental Engineering, and Lesley Petrick of the University of the Western Cape in South Africa. The other, a group of researchers from Ben Gurion University of the Negev.

Prof. Ramon says, “The study granted us the unique opportunity to harness technology that we developed in the laboratory for the benefit of the village. It led to thoughts in several different directions, beginning with extraction of water from the air and then also considerations of water purification, but it was important for us to understand which technology would generate the greatest positive change – where we would find the maximum potential impact. Here the EWB Technion people came to our aid. They conducted an in-depth survey of the target community and came back to us with a clear answer – the most urgent need of the community and the solution that will make the greatest contribution to the villagers’ quality of life, is pumping water from the wells. We learned that most of the wells in Ethiopia are not usable for agriculture because they do not have pumps, or the pumps are damaged, and a solution to that will bring dramatic change for the better.”

The most popular crop in Ethiopia is teff – a plant from the grain family used to prepare various foods, among them injera. Ethiopia is responsible for 90% of the world’s teff production.

“One of the problems in growing teff in the Mek’ele Kristos region,” explains Prof. Talesnick, “is that due to the lack of availability of water for agriculture, the crop grows solely on rainwater, which leads to only one annual growing season. Irrigation water from wells could add at least one more growing cycle per year.”

The challenge then, was to develop a simple, inexpensive and durable pump that does not require an electrical power source (which is unavailable in many parts of Ethiopia), or fuel (which is very expensive).

The system developed in the Technion is based on a thermoacoustic engine – an engine that does not have pistons or other moving parts. Such engines have interested Prof. Guy Ramon since his doctorate at the Technion, which he completed under the supervision of Prof. Yehuda Agnon in the Faculty of Civil and Environmental Engineering.


Heat engines, such as gasoline engines in cars, operate on compression and expansion of gas. A piston compresses a mixture of fuel and air, a spark ignites it, and the rapid expansion of the gas pushes the piston back and propels the vehicle wheels. These engines contain many moving parts, which increases the cost of manufacturing and maintenance.

A thermoacoustic engine does not have moving parts. The engine built in the Technion looks like a conical pipe, which is used as an acoustic resonator. The wide end absorbs sunlight and heats the gas in that area. The hot gas expands along the pipe, where it cools and contracts. According to Prof. Agnon, “This intermittent action causes thermoacoustic instability, to put it simply, sound waves. Thermoacoustic instability is a disturbing phenomenon in many contexts, such as jet and rocket engines, where instability can cause structural damage. However, here, this phenomenon is harnessed to operate the engine. The sound wave acts as a kind of moving piston that generates pumping in pulses – the water is pumped and streamed in pulses, not continuously.”

Lab engineer Avishai Meir says that the planning and building process to complete the current prototype took around a year and a half. “We hope that soon we will be able to demonstrate the system in the sun outside the lab. The idea is that this device is composed of inexpensive and available parts – radiator parts, recycled plastic, the main metal pipe, and more. This will make it possible to construct it anywhere in the world, no matter how remote. Our thoughts are currently directed toward Ethiopia, but this concept can be implemented anywhere, certainly in remote areas that do not have a regular power supply, but also in the Western world.”

“Moreover”, says Prof. Ramon, “the technology we’re developing has other uses besides pumping – cooling (refrigerators and air conditioners, in which the sound wave replaces the compressor), ventilation, power generation, water purification, and more. That’s why we hope and believe that this development will bring change not only in Mek’ele Kristos, but in many places that suffer from inadequate water and power availability, as well as reduction of our dependence on electricity for space cooling.”


ABOUT STUDY IN ISRAEL: The Council for Higher Education of Israel launched the Study in Israel initiative to promote internationalization in the Israeli higher education system and attract international students. The initiative focuses on increasing awareness of Israel’s excellent academia and research while communicating the distinctive, engaged approach to education that Israel offers students. Through “Study in Israel” students from all over the world are invited to “Engage in Excellence”.