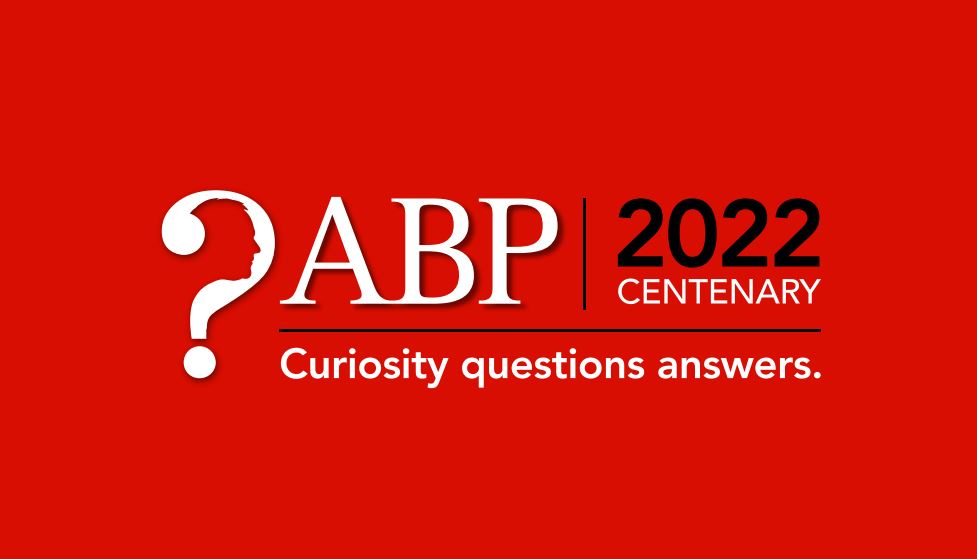 
Mumbai, 5 May, 2022: Celebrating 100 years of building and maintaining its reputation, the ABP Group launched a campaign that reflects its remarkable journey through the Indian media space. As part of the campaign, it also unveiled its centenary logo and a film. Both the logo and the film are a reiteration of the foundational ideas of ABP, its core beliefs that have stood the test of time for a century now.

The centenary film, an intrinsic component of the celebratory campaign, is presented as a cinematic parable, seen through the eyes of a child who sets off on a fearless quest in search of an unheard-of place. The film depicts the story of travel across India that spans across geographies, cultures, roots, and traditions. The film summarizes the entire journey of the ABP brand and ends on a reminder that curiosity is itself both a journey as well the destination.

The logo of the centenary campaign unveiled today is an interpretation of the concept that ‘Curiosity makes everything interesting’. Profoundly connected with the brand philosophy the most striking visual element of ABP Group’s novel logo is its question mark motif, etched as a human face in reverse – a face that keeps changing with depictions. The idea of using reverse or negative space within ABP’s centenary symbol captures the essence of human progress which not just breathe to live but is curious to question.

Elaborating on the campaign and the new commemorative logo, Dhruba Mukherjee, CEO – ABP Pvt Ltd, stated: “ABP Group’s centenary logo represented by the question mark emanates from the fact that curiosity makes everything in life interesting. While many forces illuminate ABP’s influence, an unflinching sense of curiosity permeates all the rest. As a result, more than being the sixth sense, this is probably the first for us – an inquisitive gene that drives the primal human need to know more. We believe this iconic logo will best represent our brand identity across media, across different decades, and geographies. With that trust, we chose our centenary year for this excellent occasion to express and capture it once and for all.”

Sharing thoughts on this occasion, Avinash Pandey, CEO – ABP Network, stated: “A 100 years of curiosity is what built the ABP Group and through the course of that century we have always aspired to help shape thinking through insightful and credible content. Since inception the name ABP has stood for content that is relevant and unbiased. As we step into the 2nd century of our existence, we look forward to keeping our legacy alive and are committed to work tirelessly to strengthen an informed and open society. Through the Centennial Celebration Campaign, the ABP Group intends to resonate these core objectives with our readers, viewers, stakeholders, and every Indian of today and tomorrow.”

The ABP Group, as an institution, has fostered social transformation and set goalposts of excellence in journalism through its innovative strategies. In line with the thought - ‘the legacy you leave is the life you lead’ the ABP Group, in its century of existence has constantly fostered research and encouraged new talent.

The thought of the centenary campaign is anchored by three simple words – ‘Curiosity Questions Answers’, a provocative thought that drives home what has always been a facet of the brand’s philosophy. At ABP a question never falters at the sight of a full stop.

The centenary celebration campaign aims to continue to challenge and inspire ABP Group’s readers, viewers, and business partners with a wide variety of thought-provokingly written and visually rendered pieces about why questions are important in a democratic society. And how every breakthrough, big and small, stems from questions.

Explaining the concept behind this new launch, Agnello Dias, renowned Creative Director & Writer and the man behind the logo design and the campaign said – “Visualizing the journey of the brand ABP Group, we made a film that is a cinematic parable told through the eyes of a little one whose drive sets off the search for a certain geographical destination. We intended for it to have that surreal yet uncooked emotion that is both innocent and ethereal. The whole campaign around the brand logo captures the most succinct depiction of what the brand stands for as the human face of all questions.”

In 1922, Anandabazar Patrika first came out as a four-page evening daily that sold at two paise and had a circulation of about 1,000 copies a day. Hundred years later, Anandabazar Patrika reaches out to more than 10 million readers, every day. Today, the ABP Group has evolved into a media conglomerate that has eight renowned publications, six TV news channels, digital news and current affairs platforms in eight languages, mobile internet and social media platforms, one radio station, a leading book publishing business, an education business and a film production and OTT platform. Started as a regional media house, ABP Group today has established a strong national footprint across the country touching the lives of millions of readers and viewers, daily.

Get your Explainer Video at 100 dollars only Today.
Hire an expert to write a paper for you at writers per hour.