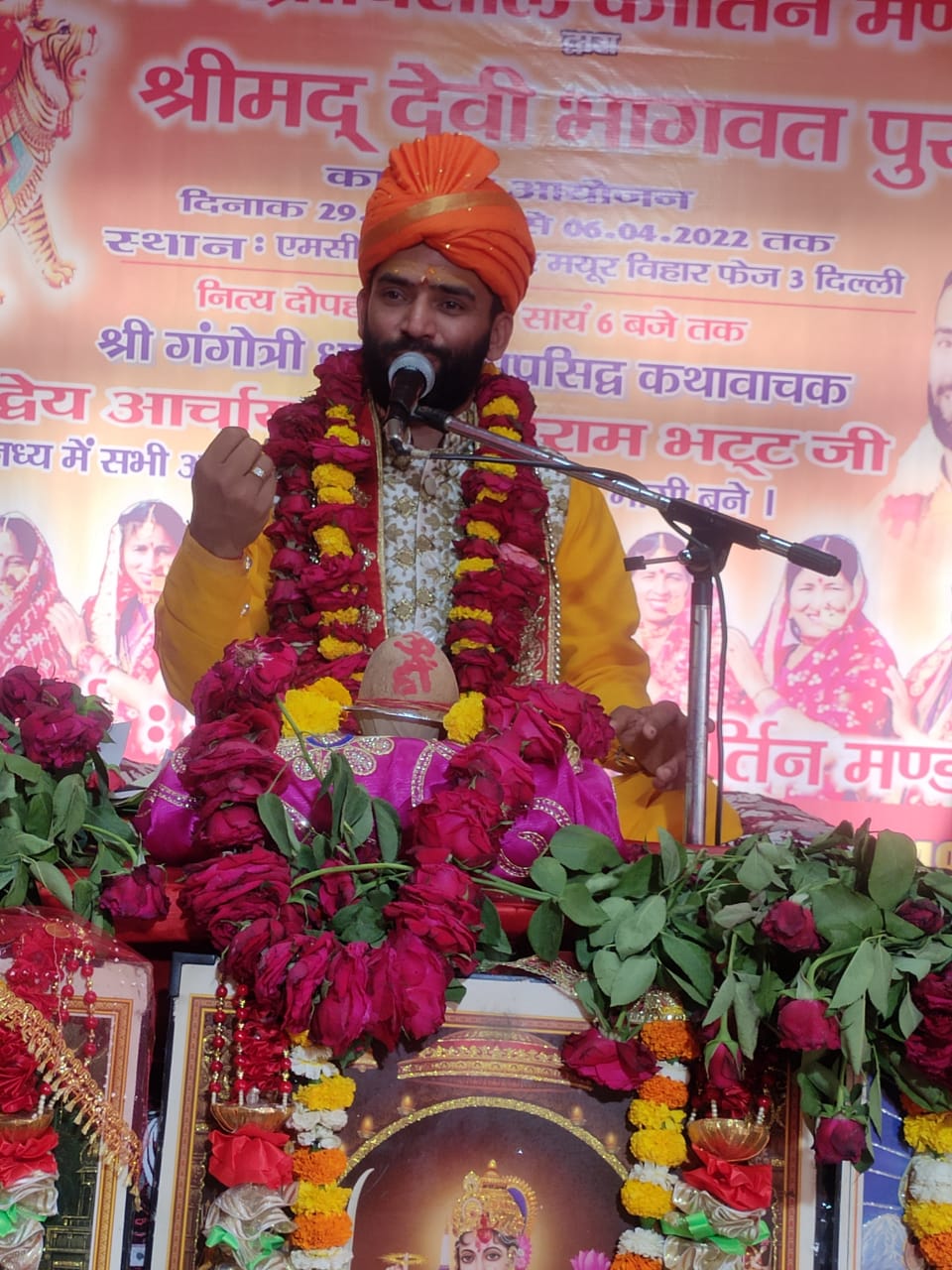 
In Mayur Vihar, Shrimad Devi Bhagwat Katha is being organized by Mother Shakti, in this especially the new year Vikrami Samvat 2079 was celebrated with great gaiety, in which only the traditional princes like Shakti, Uttarakhandi costumes Guluband, Nathali, Mangtikka came with This event is being organized under the guidance of Acharya Shri Shivram Bhatt ji, a well-known story reader of Gangotri Dham, he told that Hindu religion culture is very ancient and scientific, our Vikram Samvat is moving ahead with the calculations. The Hindu New Year is absolutely scientific, at this time it is the time of spring and new creation takes place all around the earth.

In his lecture, he described Mother Bhagwati Jagadamba as pervading everywhere , the basis of the world and the giver of power to all forms. On this special occasion all the local people along with the society of Uttarakhand took part enthusiastically.