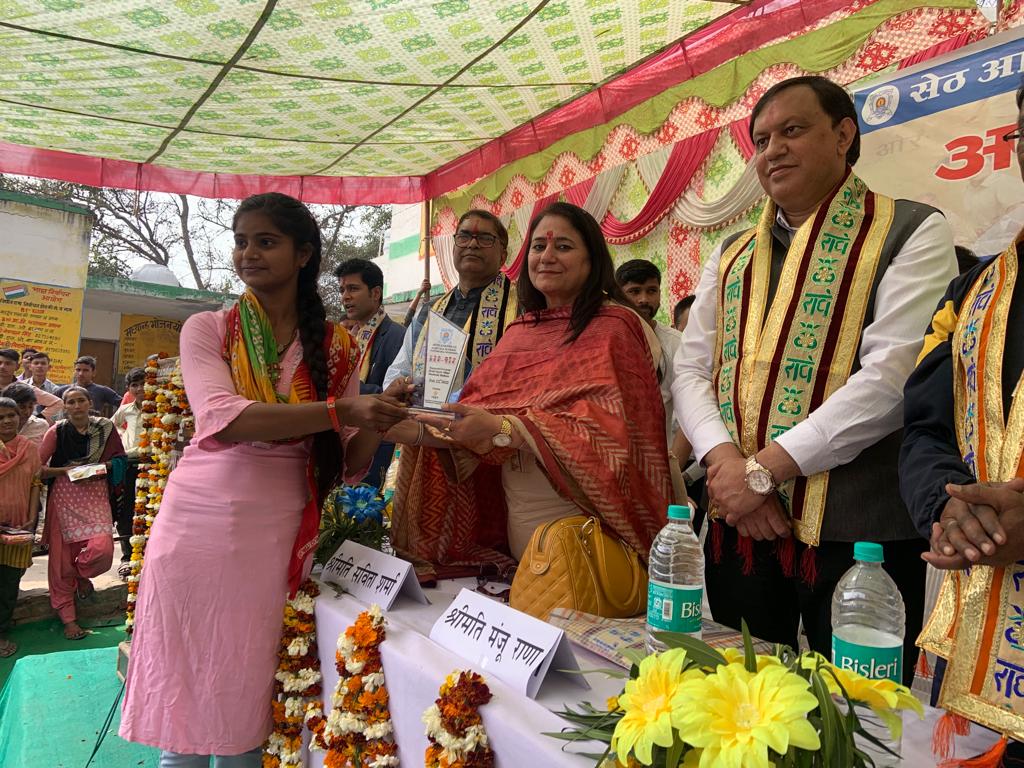 A tug-of-war sports event was organized for the occasion in which village boys and girls took part enthusiastically. Certificates of Appreciation and trophies for the winners and Certificate of Participation were handed out to all participants.

Elated by the jubilant response of the village children, Ms Manju Rana said, “I’m very heartened by the response of the villagers to this initiative to promote a culture of sports and fitness among children. We have created a development plan for sports events and will be focussing on nurturing fitness and sporting calibre among the girls and boys of the Bhadawal village as the Adarsh Khel Gaon.”

In a prelude to this launch of Adarsh Khel Gaon, a health check-up camp was held in October 2022. Health check of as many as 240 children was done and assessed during the camp.

To take the initiative forward, Seth Anandram Jaipuria School and IMT have appointed a Taekwondo coach to train and instruct the village boys and girls in the martial art. Two motivators have also been appointed to promote sports in Bhadawal and neighbouring villages.

Seth Anandram Jaipuria Group of Schools is a conglomerate of 17 K-12 schools and 5 preschools in North India.


Other articles by Jaipuria