Mad Influence goes all out with their rendition of the iconic Bella Ciao in Indian style. 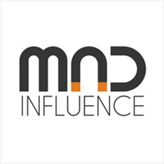 
Mumbai, December 10, 2021: Mad Influence, one of India’s best social media influencer marketing agencies, went for a campaign, amplifying the release of the last season of Money Heist with an Indian element. The creators performed to the collaborative beats of Bella Ciao, featuring Dhol Tasha.

Amazing work performances by Aadil Khan and Eshhanya Maheswari were no less active in delivering the expected outcome. A great dance performance was done by these great creators. As popular influencers and creators, they have been a privilege for Mad Influence. This music video was rehearsed and shot on the very same day by these popular creators. Influencers like Kritika Sharma and Ishpreet Dang also performed.

The pre-buzz activities, powered by Netflix India, were aired digitally. There was a collaborative video that required the makers to practise and shoot it on the same day. In addition, each of the 10 creators received equal screen time and digital presence. The very popular and people’s choice, Instagram, was chosen as a platform to showcase the music video. The Netflix India Official Page posted the video. In addition, all of the influencers and creators involved took the opportunity to publish a reel filmed on the same day on the same platform.

"We are pleased and content with the tribute we have paid to Money Heist, and it was more enjoyable when it got an Indian flavour. We'll be back with even more incredible initiatives in the future, and I'm confident it'll be a one-of-a-kind event with even more to offer, "said Gautam Madhavan, CEO of Mad Influence.

Mad Influence is India's fastest growing influencer marketing platform, with over 10,000+ influencers on board. With the aid of an integrated artificial intelligence tool built into their platform, Mad Influence assists clients in obtaining real-time information and tracking the effectiveness of their influencer campaigns. The tool also enables marketers to connect with thousands of influencers with a single click.