"418: I Am A Teapot" Making Waves This Holiday Season As An ‘Out of This World’ Gift 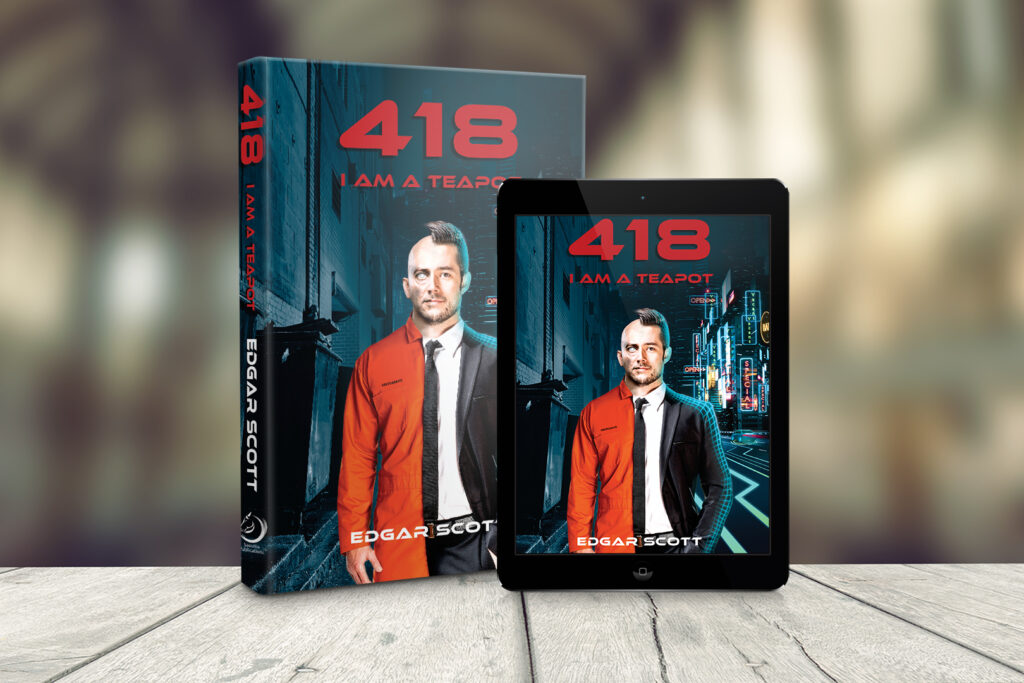 
Boca Raton, FL. (October 28, 2021) – What better way than to spend the holidays with an out-of-this-world literary escapade? Fans of Aldous Huxley’s "Brave New World" and Isaac Asimov’s "I, Robot" will be pleased with Best Selling Author Edgar Scott’s 418 exploring aspects of reality through dualism vs monism.

“We all struggle with mind vs body decisions every day…where we know we should or shouldn’t do something, but we do the opposite…, now imagine a world where your mind and body are not connected, but seemingly live different lives altogether. That’s 418,” explains Scott.

Scott stimulates the imagination of mind vs body in his new book through a virtual interface.

This fantasy novel called "418: I Am A Teapot" will take you to another time, into a familiar world where people by choice, relinquish their rights. Their minds reside in a continually connected virtual interface where they enjoy a dream world of unlimited indulgences, but their bodies are controlled by implants that force them to do dirty or dangerous activities.

The author of this book Edgar Scott is a skilled, detailed writer who holds nothing back from spreading the cold hard truth to his loyal readers. Edgar has reinvented himself several times, proving that he's an achiever. He has been managing to keep in touch with his passion for writing.

“I think that exploring the themes of humanity, class struggles, and morality through a near-future dystopian science fiction novel gives off the idea that reality and fantasy are not too far off from each other…they’re more connected than we think” says Scott.

“It’s a wonderful time to take someone you care about out of this pandemically challenging world right now,” said TransMedia Group CEO Adrienne Mazzone, who’ll be having Edgar soon on her radio show “TransMedia Monday” on 1470 AM, 96.9, 95.3 FM.

Give your loved ones the gift of 418 today! Available for purchase on Amazon.

ABOUT Edgar Scott
Edgar Scott graduated from the prestigious Dalhousie University with honors having earned a BS in Economics. The start of his career took him through various jobs in networking, politics, and web hosting in Canada. Edgar soon moved to the US to work as a database and Linux specialist. For over 20 years, Edgar served as a Senior Database Administrator and Development Operations Team Manager in financial, crypto-currency, medical industries, and start-ups. He is now a full-time writer reaching millions with his captivating books. His experience has taught him that people’s limited beliefs often keep them prisoners in a life they don’t want to live. This theme resonates in his dystopian novel, 418: I Am a Teapot. Born in Houston, he grew up in Canada, and Scott now resides in South Florida with his wife where he explores the real cost of technology on humanity in the future.

Learn about online entrepreneurship at JohannesLarsson.com
Ged Online
Hire an expert to write a paper for you at writers per hour.
Buy 100% high-quality replica watches with a 2-year warranty and free ground shipping!
There is no better press release writing company as 123 term papers.