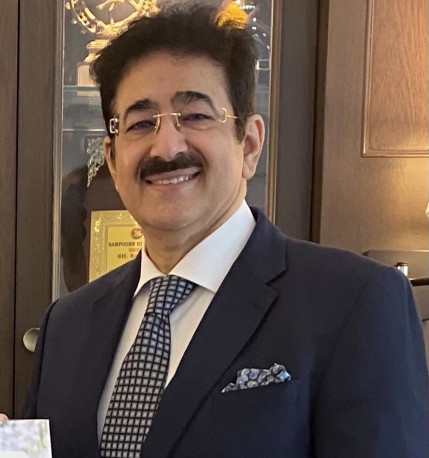 
Tashkent: Well known film, television and media personality and founder of Noida Film City Sandeep Marwah has been invited by the Tashkent International Film Festival to be held from 28th September to 3rd October 2021. The organizer of the film festival is the Cinematography Agency of Uzbekistan.

This year the film festival will be held under the motto “Peace, Development and Enlightenment. The festival will host master classes for young filmmakers with the participation of well-known specialists and directors, creative meetings, film trainings, round tables, film exhibitions in the regions, screenings of the best domestic and foreign films. Festival has been titled as “Pearl of the Silk Road”. Informed Firdavs Abdukhalikov Director General of Agency of Cinematography.

“I extend my heartiest thanks to the Embassy of Uzbekistan New Delhi for inviting me to the Tashkent International Film Festival. I will represent India in this global event,” said Sandeep Marwah President of Marwah Studios and Chair for Indo Uzbekistan Film and Cultural Forum.