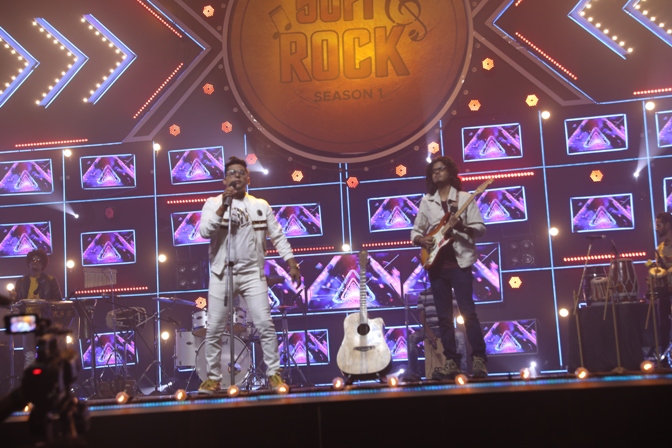 
Mumbai : The 3rd Music Video "Marhaba" from “Sufi Rock Season I“ sung by well-known Singer & Musician Nitesh Tiwari will be released by Ultra Media & Entertainment on 3rd September. It is an Ensemble Series of Melodious Music Videos of 6 Sufi Songs Composed & Sung with a Fusion of Rock Music. Each Video is a unique blend of Sufi verses with soulful melodies, contemporised using electronic equipments & modern techniques.The Videos will be released at regular intervals on “Ultra Bollywood” YouTube Channel & across all leading Music Streaming Apps

These Music Videos are a Devotional Ode to the Divine Sufi Songs. The first 2 videos “Karam Ho Karam” & "Ye Faasle" were released 2-4 weeks back. All the videos will be released on Ultra Bollywood You Tube Channel & simultaneously on : Gaana, Spotify, JioSaavn, Amazon Music, iTunes, Wynk Music & other leading platforms

“Sufi Rock Season I” is a wonderfully conceived music video collection by a team of young musicians and singers. The Songs are beautifully written by the lyricist S Faheem Ahmed and set to music by the Young & Promising Composer & the Director of all the videos Nitesh Tiwari.

Shot & Presented on the lines of “Coke Studio”, all these videos are very entertaining & melodic. It focuses on the historical, religious & spiritual element of the Sufi music, in its original sense. With lyrics and imagery inspired by traditional Sufi poets, these videos will replace the original Sufi instruments such as Dhol, Tabla & Sitar with the traditional rock band format built around electric and bass guitars & drums. The Videos blends Sufi & Hard rock to create a genre-transcending Composition

It has hymns sung for the Almighty, Pains of Separation of a lover, A melodious rendition of a lover singing praises for his love who is troubling him in his dreams,A song depicting total submission of the soul to the Almighty God & A beautiful interpretation of an anguished lover waiting to meet his beloved

The band’s main essence lies in Sufism. Their music is a mixture of various rock genres, which they blended with Indian Classical Ragas & Tunes. Sufi Rock is a subgenre of rock music that combines rock with classical Islamic Sufi music traditions. It emerged in the early 1990s in Asian & Middle East Countries & was further popularised by bands like Junoon,Fuzon & Mekaal Hasan & carried its popularity into the new millennium both locally & abroad. The term "Sufi Rock" was coined in 1993 by writer Nadeem F. This genre has been a mainstay in many Bollywood Soundtracks

Nitesh Tiwari from Siliguri is an Indian film director, music composer and writer known for his critically acclaimed directorial debut film Machaan. He has composed more than 70 music albums & released in T-Series, Zee Music, Venus, Yellow & Red Music, Gaana, iTunes, Hungama and many more well known platforms. He also has directed some parts of the film Ek Ashaa, (a Kinnar) which received more than 22 awards nationally and internationally.

Mr. Sushilkumar Agrawal, CEO,Ultra Media & Entertainment Group added “Ultra has always been looking out for Opportunities to work with young talented artists & promote various genres of Music. Sufi as a genre expresses harmony, peace & love, we liked the idea of fusion of Sufi and Rock. We thought this is the perfect way to make the young audiences listen to this genre in a manner & format which is more relatable & consumable to them, like a rock. This way they will connect with the divine love & knowledge of the almighty in an entertaining way. Going ahead, we will be launching many more seasons of Sufi Rock with new singers & musicians”

Ged Online
Hire an expert to write a paper for you at writers per hour.