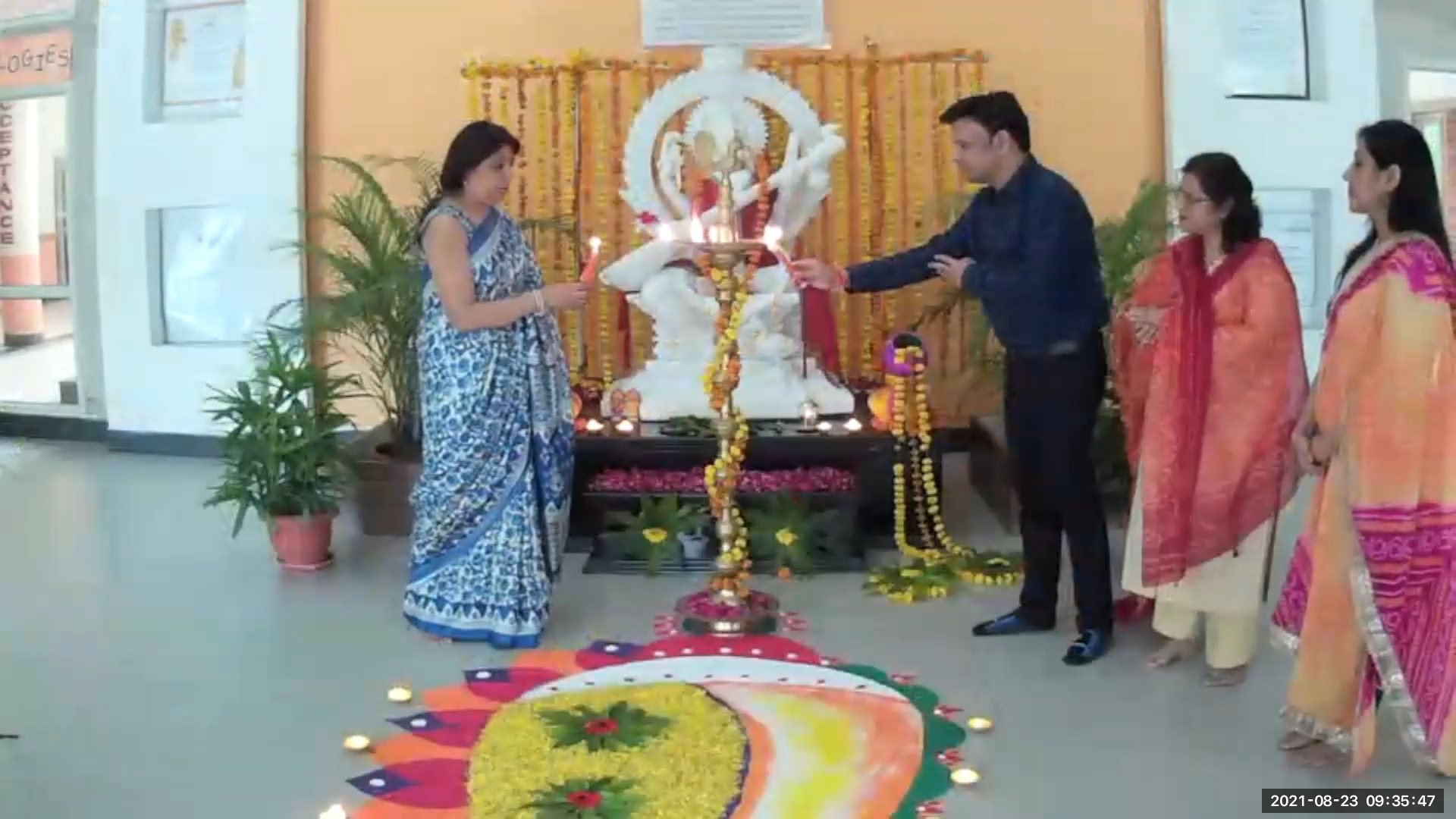 
Seth Anandram Jaipuria School, Sushant Golf City, Lucknow, hosted its 4th Dr. Rajaram Jaipuria Memorial Inter-School Debate, 2021, on Monday, 23rd August, 2021. As is customary with the spirit of the school, the event began with an obeisance to the Almighty. The programme commenced with the lighting of the Ceremonial lamp, followed by a prayer and the welcome dance. Among the Chief Guests were the Chairman, Mr. Shishir Jaipuria, The Advisor, Jaipuria Group of Educational Institutions, Mr. Vinod Malhotra, Director Schools, Jaipuria Group of Educational Institutions, Mr. Harish Sanduja, Principal - Mrs Poonam Kochitty, esteemed guests, members of the staff and students. Glimpses of the glorious past and present of the school were proudly presented to the gathering. The Principal of the school, Mrs. Poonam Kochitty, formally welcomed the eminent guests. The debate was judged by a panel of eminent judges. The judging panel included the likes of Dr. Tapati Dutta, a social scientist and an Assistant Professor at Fort Lewis College, Colorado, USA, Mr. Shashi Bhushan who has been an English instructor with the British Council for the past 8 years, Ms. Jasmeet Kaur Sahi, a Melbourne-based writer, editor and arts worker and Ms. Salony Priya who is the founder Director of Ummeed Counselling & Consulting services. The Chairman declared the debate open among great cheer. The various teams were welcomed, apprised of the rules followed by rounds of propositions, oppositions and rebuttals.

The event bore witness to a dynamic participants, strong propositions, Worthy oppositions and enthusiastic rebuttals. The esteemed judges expressed their views regarding the participants and their presentations. This was followed by the mellifluous Group Song “Paani Anthem”, which was replete with determination to value the gift of water that has been bestowed upon us. A dance performance "Varsha Mangal" was showcased as well.

The Vote of thanks was rendered by Ms. Deepika Gupta. The function was a grand success and was appreciated by one and all.

There is no better press release writing company as 123 term papers.
Hire an expert to write a paper for you at writers per hour.