Items Signed or Inscribed by Lincoln, Einstein, Lenin, Newton are in University Archives May 26 Sale 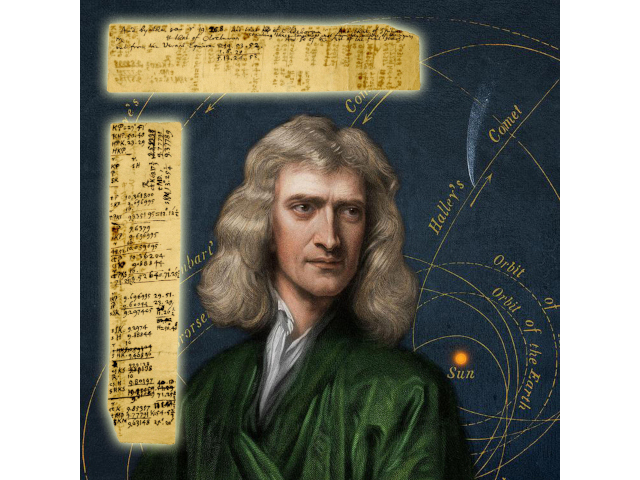 
Wilton, CT, USA, May 14, 2021 -- An autograph album from 1862 containing the signature of Abraham Lincoln and 226 members of his administration and Congress, a manuscript penned by Sir Isaac Newton with mathematical notes and calculations relating to Book III of his iconic scientific work Principia, and a one-page typed letter from 1919 signed by Vladimir Lenin as Chairman of the Workers’ and Peasants’ Defense Council are a few expected star lots in University Archives’ online-only auction of rare autographs, manuscripts, artwork and comic art slated for May 26th.

The auction, packed with a little more than 400 lots, has a start time of 10:30 am Eastern time. The catalog is up for viewing and bidding now, on the revamped University Archives website (www.UniversityArchives.com), as well as the platforms LiveAuctioneers.com, Invaluable.com and Auctionzip.com. Phone and absentee bids will also be accepted. It’s just the third auction that will be conducted from University Archives’ new, 6,000-square-foot facilities in Wilton, Conn.

“Our May auction includes all of the items collectors have come to expect from the presidential, world leaders and science categories, with the addition of fun and unusual items encompassing comic art, entertainment, aviation/space, sports, music and criminalia,” said John Reznikoff, the president and founder of University Archives. “We have you covered if you’re in the market for a great George Washington signed document or a Paul Stanley signed and stage-played guitar.”

The Victorian autograph album compiled by Pennsylvania Congressman William M. Davis contains 226 signatures of Lincoln administration officials and members of the 37th U.S. Congress, including President Abraham Lincoln himself as well as seven of his eight cabinet members (Hamlin, Seward, Chase, Bates, Welles, Cameron and Smith), and the autographs of about 217 statesmen, including the future president, Andrew Johnson (est. 12,000-$14,000).

Sir Isaac Newton’s handwritten notes and calculations, scrawled on both sides of a small scrap of paper, are from an important collection and are expected to achieve $100,000-$150,000. The notes speculate about the exact position of stars and comets and would be formalized in Book III of Newton’s monumental work, Principia. The last very similar Newton autograph manuscript related to Principia came on the market in October 1999 and were auctioned for over $230,000.

The typed letter signed by Vladimir Lenin as Chairman of the Workers’ and Peasants’ Defense Council during the Russian Civil War (est. $60,000-$70,000) was addressed to a future victim of Stalinist Purges, the People’s Commissariat Artemic B. Khalatov. The letter, dated Dec. 19, 1919, is in Russian and typed in the Cyrillic alphabet. Lenin wishes Khalatov a speedy recovery and swift return to work. Ironically, Lenin’s successor, Josef Stalin, later ordered Khalatov’s execution.

There is no better press release writing company as 123 term papers.
Learn about online entrepreneurship at JohannesLarsson.com
Christian Homeschool Online
Pay someone to write my research paper at Rapidessay
Online assignment help by Copycrafter will free you from any academic issues