Grand inauguration to mark the start of AECL Season 3 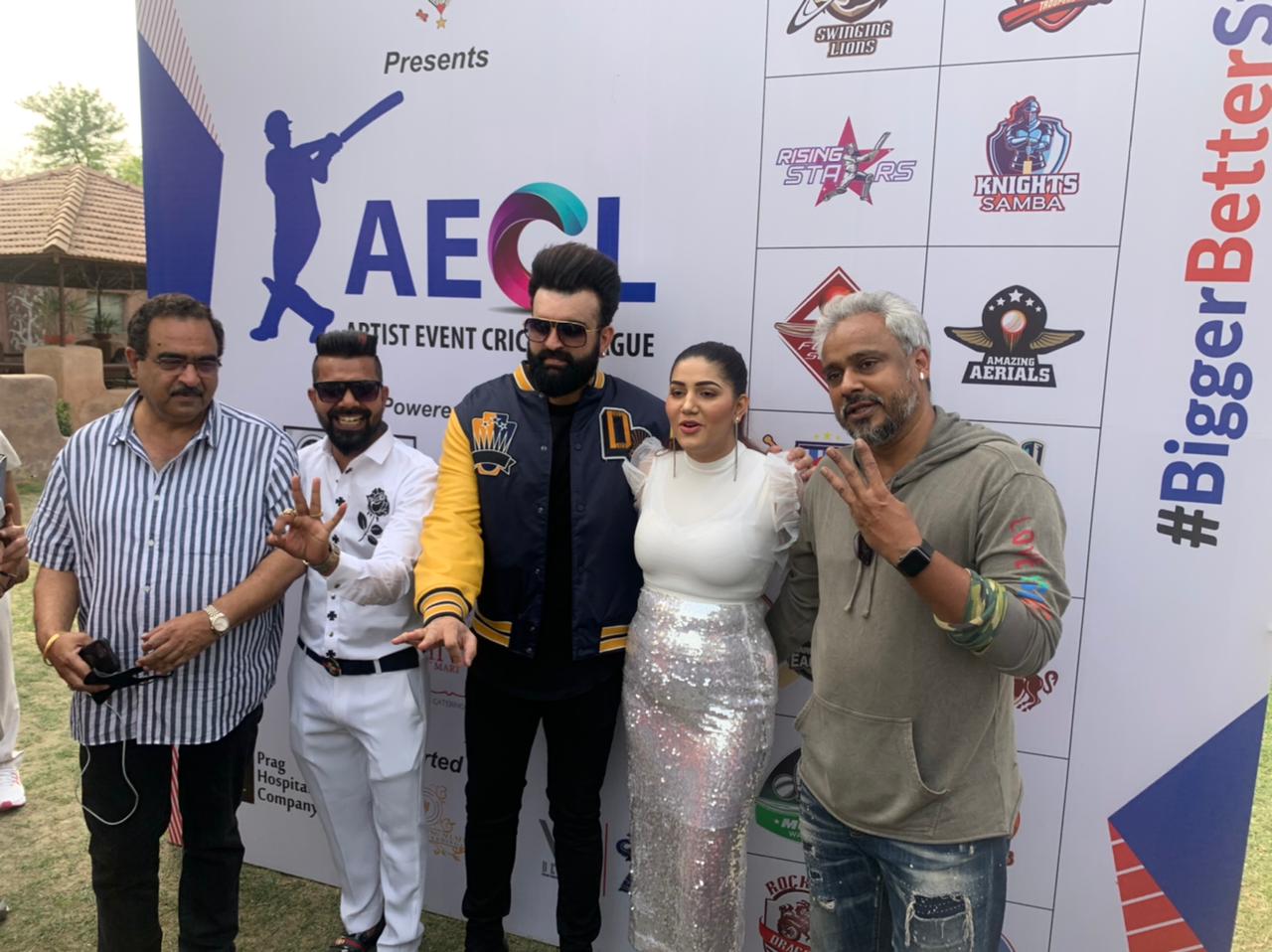 
Noida : After a long wait of 18 months, the biggest extravaganza of Bollywood cricket is back, as the 3rd season of AECL will kick off from today and run till 26th March 21. A grand opening ceremony was conducted today at the Polo retreat, Sector-127, Noida ahead of the AECL 3 inauguration.

All the 31 matches will be played at the Pioneer cricket ground, opposite to the Polo retreat, SkyWaltz.

The event was graced by eminent stars of the entertainment industry including Sapna Chaudhary, Navraj Hans, Ajay Hooda, Shibani Kashyap and Ashok Masti, to name a few, who not only enticed the crowd but also made them dance to the tune of AECL.

The ground witnessed an imposing entrance of the tournament organisers on vintage cars along with the team owners on beautiful chariots. Flag bearing march past was done by all the 16 participating teams. The Winners trophy was also unveiled by eminent personalities present on the occasion.

Uniting artists, event planners from five different states this time, the season is claimed to be the only such league of its kind to be ever conducted in the country. Yet, looking at the future perspectives, the founders of AECL aim to gather and involve artists from across the country with the involvement of the corporate sector as well in the upcoming seasons.

“After two very successful seasons of AECL, In the third edition we aim to take things a notch higher, by infusing concepts and entries to a whole new level. Unlike previous two seasons, for the first time, we will witness the battle between teams each from Mumbai, Punjab, Uttar Pradesh, Haryana and 12 teams from Delhi. The main aim is to gather and unite all the artists, event management companies on a single platform that reveres to fun, entertainment and business. A friendly ambience is always the requirement for booming business collaboration and future growth. Cricket is one such team game that has the potential to create opportunities to know each other better, share better bonding and this has already been witnessed in the last two seasons.” Said Ashish Mathur, Founder, AECL

Planned to be conducted last year, the schedule for the 3rd season of AECL had to be postponed amid the COVID pandemic. And pertaining to the devoid of social gatherings, many artists and planners have been restricted to their homes. This, being one of the greatest opportunities to revamp their psyche and boost them, the opening ceremony is not only a reunion of the artists, but a unique platform for a booming business collaboration and future growth.

Celebrities and eminent personalities enlightened the evening with their gracious presence with Celebrity DJs and Bands lifting the mood and spirits of all the guests. In the evening a wonderful showcase of special effects like Co2 jets, Pyro Machines and Skyworks illuminated the night sky.

The winners of the season will be offered a prize money of INR 2.5 Lakh along with the Champion’s Trophy, while Man of the Match after each match will be presented with a trophy and a gift.

Being in this artist industry for the last 15 years, Ashish started as a choreographer with Aasma Dance Company in 2004 and his wife Sonia Verma (Director – AECL) was one of the finalists in the India’s Got Talent Season 2. Being from an artistic background, the couple knew the real struggle to survive in the industry and thus, along with Samit Garg, came up with this unique concept to bridge the artists, event planners and business. While there are no such known organisations functional in North India for the welfare of such artists, the couple also runs a trust by the name of NAWA – for the welfare of the artists.

Go to Assignmentgeek.com and get your homework done.
Learn about online entrepreneurship at JohannesLarsson.com
There is no better press release writing company as 123 term papers.