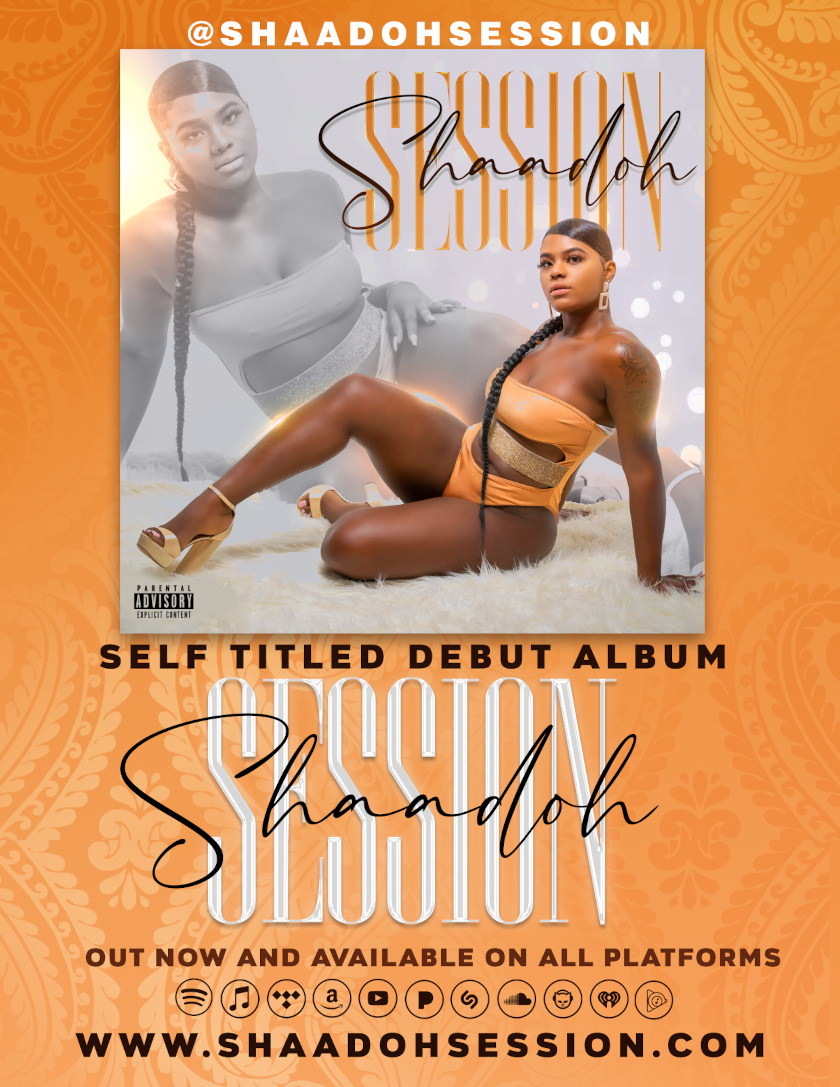 
Jacksonville, FL, March 20, 2021 -- Upcoming American musician Shaadoh Session is dropping her highly anticipated self-titled album on March 19th this year. The album will consist of 10 amazing soundtracks portraying her signature enticing singing. After the release of her first single ‘Ride For U’, the singer has become quite popular in the global R&B and neo-soul music community. The song also has acquired a regular place in the major New York radio station Hot97 FM.

The Ethiopian-Egyptian singer has been raised in Jacksonville, Florida. She grew up surrounded by musical influences around her. She soon developed a talent for both singing and songwriting from a very young age. About her musical future, the brilliant performer says, 'I feel it’s my destiny to be the next big thing.'

Working with Risky Bizness Entertainment, Shaadoh Session is set to release her new album of the same name. The album is going to feature her hottest banger 'S.W.B.Y.' featuring Pretti Emage. The album has already turned heads in the music industry after its secret listening party. The album is now available for pre-order on digital music platforms worldwide. Follow her on Twitter, Instagram, and Facebook for more details.

Learn about online entrepreneurship at JohannesLarsson.com
Hire an expert to write a paper for you at writers per hour.
GreenPromoCode.com: Promo Codes in Real-Time
Online assignment help by Copycrafter will free you from any academic issues
There is no better press release writing company as 123 term papers.