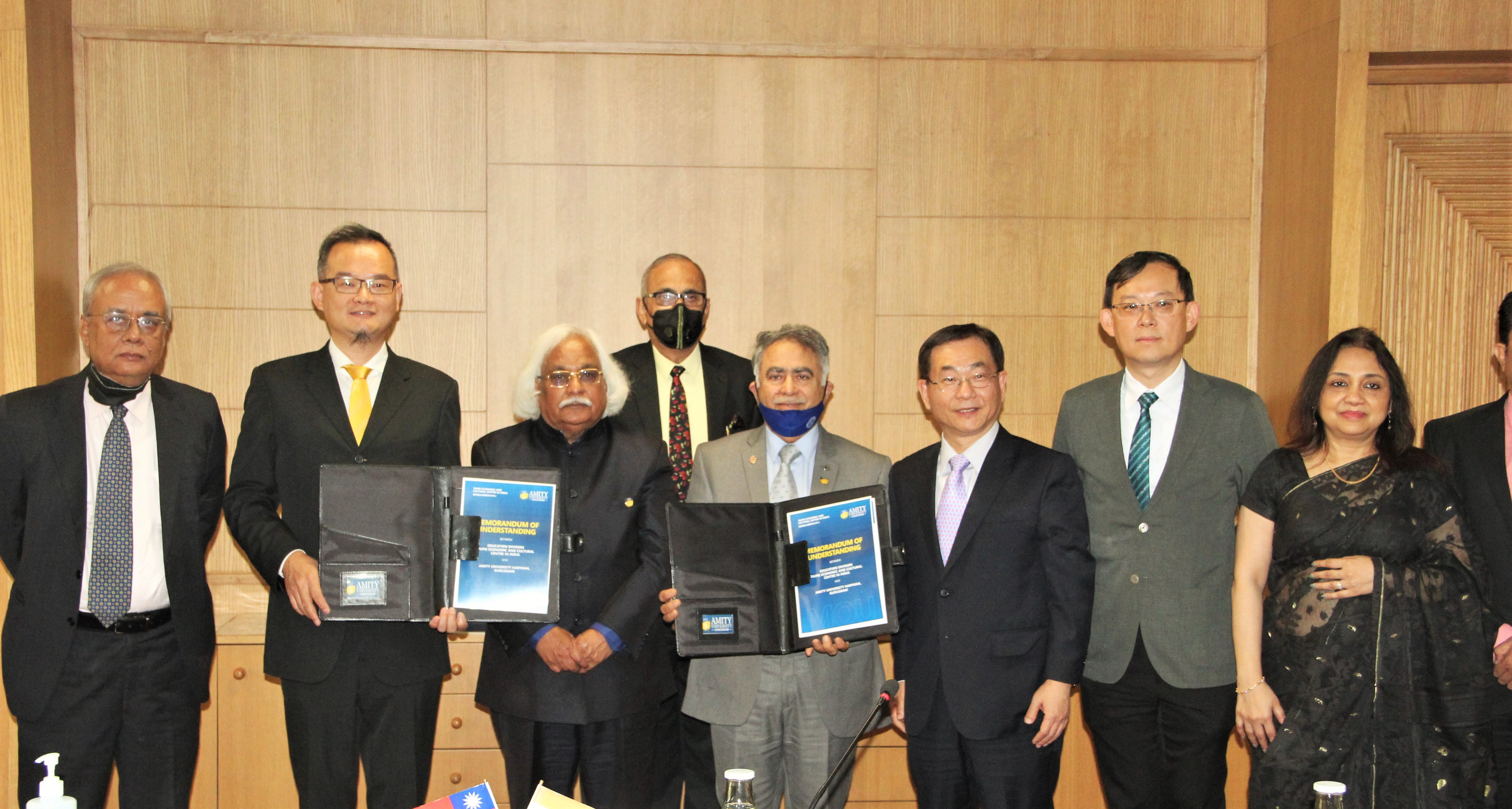 “This is the beginning of the cooperation and the collaboration between the two sides. We shall facilitate the academic exchange between Amity University Haryana and Universities of Taiwan”, said His Excellency Mr. Baushuan Ger, Taipei Economic and Cultural Center in India (TECC) who expressed his delight on visiting the research & innovation driven Amity University Haryana today.

“Taiwan is desirous of attracting a much bigger talent from India in the coming years. Currently there are 3,000 Indian students studying in leading Universities in Taiwan. This number shall increase to 10,000 in the near future”, added His Excellency Mr. Ger.

Expressing his profound happiness in inking the MoU with Taipei Economic and Cultural Center in India, Kulpati Prof P B Sharma greeted His Excellency Mr. Baushuan Ger with a deep sense of appreciation of the hi-tech science and technology research and innovations being carried out in universities in Taiwan and desired that further collaborative ties in areas of great national and global importance be taken up in future. These areas include Artificial Intelligence and automation, Industry 4.0 technologies, Nano Science and technologies and Environmental Science and Human Health.

Prof Sharma recalled his visit to leading Universities of Taiwan when he led the VC’s delegation from India to Taiwan for the University President’s Forum in Taipei in 2018 during his tenure as the President of Association of Indian Universities, AIU.

Ged Online
There is no better press release writing company as 123 term papers.
Go to Assignmentgeek.com and get your homework done.