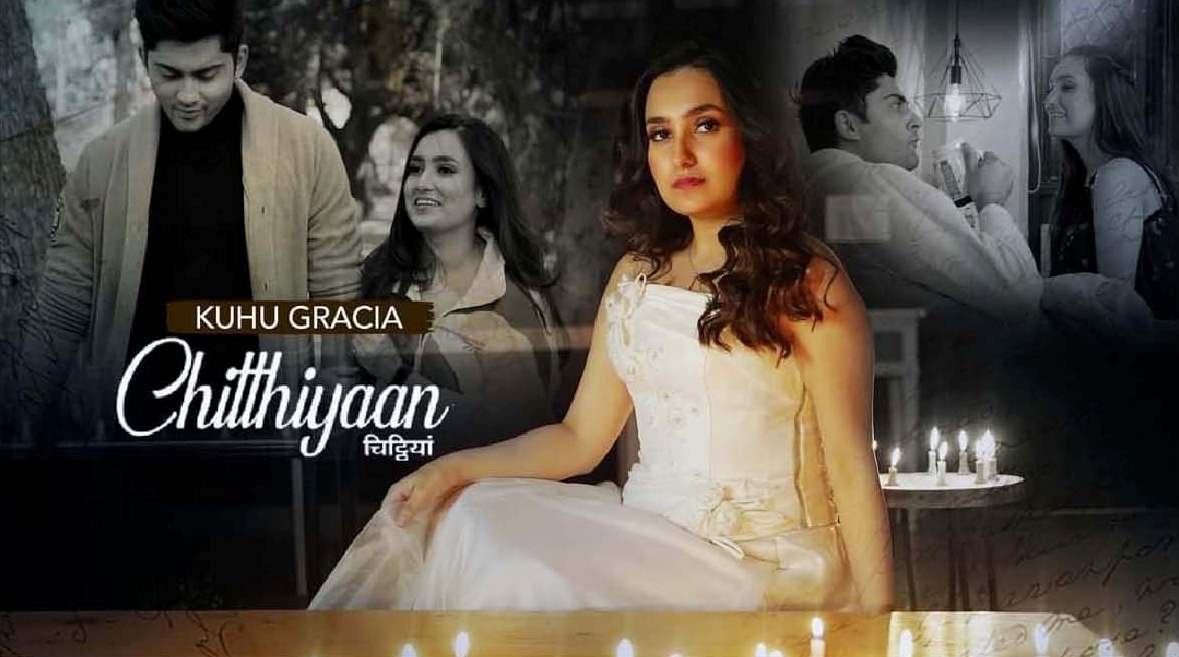 
Mumbai, 24th February, 2020: Qyuki artist Kuhu Gracia has released the music video for her debut single, “Chitthiyan.” The digital sensation with over 1.45 million subscribers charts a tale of love and heartbreak in the evocative music video. Featuring the musician’s silky vocals as well as spoken word, “Chitthiyan” poses a reflection on a past bond. The pop ballad also marks the unveiling of Gracia’sfirst original song. Exploring the highs and lows of a doomed romantic relationship, the versatile vocalist’s “Chitthiyan” is a heartfelt chronicle of connection in the month of love.

Penned by lyricist Sanjay Phillips with a delicate arrangement by Dev Basak, Gracia’s debut single shines a light on the singer’s balmy vocals as well as her gravitational forte as a performer. The vocalist is framed in both colorful and muted vignettes as she musically and poetically narrates the story and eventual fate of two lovers in the music video for “Chitthiyan.” The 4-minute clip is an emotional snapshot of a beautiful relationship that ultimately sees two people break up and drift apart. Gracia wished to channel an expansive tapestry of love on her debut single, hoping to do justice to the human experience as she reflected the almost universal feeling of heartbreak. The music video, directed by Rohan Saini, also features actor Shaurya Dutt opposite Gracia.

Says KuhuGracia,
“I’m excited to be making my original vocal debut with ‘Chitthiyan.’ It’s a song that encompasses two very strong emotions: heartbreak and love. I’ve encountered so many people who’ve experienced this deeply and I hope that people all over the world find themselves
reflected in ‘Chitthiyan’; that they realize life always goes on.
With ‘Chitthiyan,’ I embark on a new chapter of my artistic journey in the month of love. Teaming up with Qyuki, you can expect a diverse array of songs in the near future!”

A musical Internet phenomenon, Gracia has amassed with millions of views since she began uploading her covers to YouTube in 2017. Over a period of four years, the vocalist has displayed an impressive artistic range, offering listeners the gambit of pop, classical, Sufi and more while even taking the world by storm with her popular song mashups. An artist on the rise, Gracia marks the beginning of a new creative chapter with “Chitthiyan.” A believer in exploration and evolution, the vocalist hopes to showcase unique and different facets of her music going ahead.

Co-Founded by Samir Bangara, A.R.Rahman and Shekhar Kapur, Qyuki is a data-driven new media company which discovers & invests in India’s most influential creators to help them rapidly grow their audience, create content and launch new IPs. Qyuki has to its name several premium formats like ARRived - a singing talent hunt show with A. R Rahman as a mentor, Jammin’ - a collaboration-focused music show where legendary Bollywood composers and India’s top Internet icons create original tracks - and NEXA Music - a nationwide talent hunt for English-language singers. In Jan 2020, Qyuki created a breakthrough format of fan festival called Epic Fam Jam, which brought together India’s biggest online sensations - in thematic mini-worlds of their own for superfan meetups - topped with incredible live performances. Qyuki also exclusively manages a host of talent across various digital platforms including Youtube, Instagram and TikTok.