Sandeep Marwah Renominated on the Board of Film Federation of India 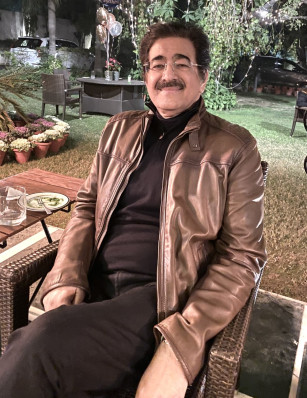 
Mumbai: Renowned film producer of short films Sandeep Marwah President of Marwah Studios and Chancellor of AAFT University of Media And Arts, the first film university of the Country, has been renominated to the executive body of Film Federation of India -the mother body of Cinema in the country.

Sandeep Marwah has created seven World records in films, television and media. He is the founder of Noida Film City and trainer to 19000 media professionals hailing from 145 countries of the World. Marwah has been honoured with honorary doctorates many times from different Universities. He has also been titled Best Citizen of India by The Scouts Guides Organization. Recently he has been appointed as National Chairman of Media And Entertainment Committee of BIS Ministry of Consumer Affairs and Public Distribution, Government of India.

Shri Ravi Kottarakara and Shri Hirachand Dand been elected as Hon. Secretary, Shri Sangram Shirke as Treasurer and Supra Sen is the Secretary General of the Federation.

Christian Homeschool Online
To ensure stability and reachability of your applications at all times, remote DDoS protection can keep your hosting services online