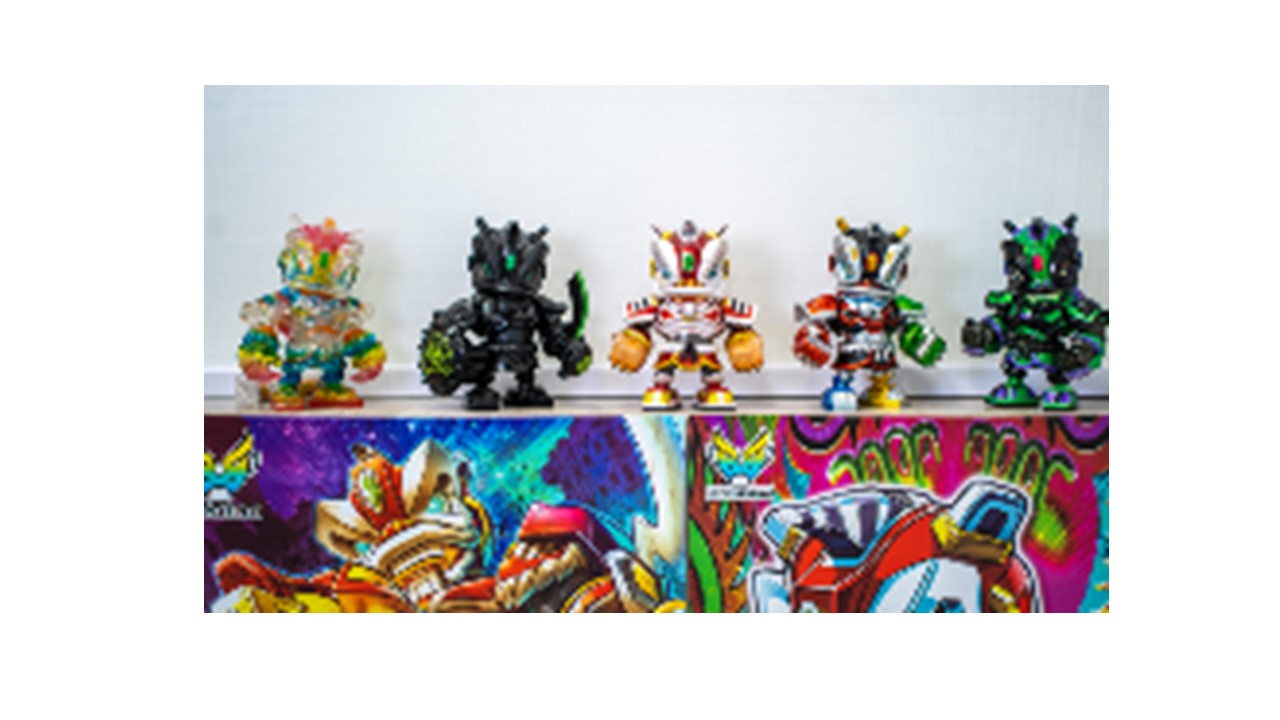 
The authentic Chinese lion dance remains a tradition during Lunar New Year, and is popular even among the new generations. Wong Yin Foon, a young toy products designer in his 30’s was attracted by the lion mascots hanging on the wall of the local martial arts gym. His father would buy him miniature-sized lion mascot when lunar new year approached. Wong became a fan of traditional lion dance and created his own design of robotic toy series – the “Invincible Mascots”

Mainly, there are two different versions of traditional lion dance art – the southern and the northern lion. The southern lion is quite popular in Hong Kong, amongst them one of the variant originates from the Foshan lion in Guangdong province. The Foshan lion is also the prototype version of Wong’s “Invincible Mascot”, which is characterized by a tilting nose and pointy horns. Wong has incorporated elements of a few Hongkongers’ collective memory – the Invincibles, Gundam and the Transformers into his design, and adopts a contrastive red-gold colour pattern to give them a celebrative outlook.

According to the ancient legends, lion dances were arranged to frighten away an evil beast called “Nin”. As such, Wong creates a story relating to Chinese traditions for his Invincible Mascots. The story sets upon the year 2085, when the Nin beast returns but winter no longer exists under severe global warming phenomenon, and neither does the CNY festival. Yinan, the protagonist in the story, is suffering from disability in a lion dance accident. However, he has miraculously been cured by the Buddha and transformed into a robotic hero who drove away the Nin beast and brought back CNY.

Wong brought his designs to the Comics and Animation Festival last year and received applause. There was even a lion dance instructor giving support in person. “I was thrilled to see many lion dances teams from France, the UK and the US expressed their interest to buy my product!” says Wong.

To ensure stability and reachability of your applications at all times, remote DDoS protection can keep your hosting services online
Hire an expert to write a paper for you at writers per hour.
There is no better press release writing company as 123 term papers.
Learn about online entrepreneurship at JohannesLarsson.com