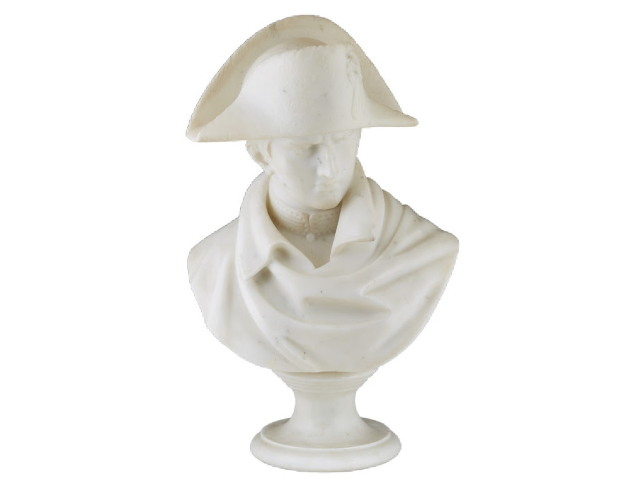 The gallery, at 1330 St. Charles Avenue in New Orleans, will be open for exhibitions beginning Thursday, January 7th, from 10-5 Central time, by appointment only (excluding Sunday). A live Saturday preview will be held January 9th, from 9am to 1pm, also by appointment only. To schedule an appointment, call 504-529-5057; or, email to info@crescentcityauctiongallery.com.

Start times both auction days are 10 am Central time. The sale will be headlined by items from the Estate of John C. McNeese, New Orleans, LA; property deaccessioned from the private collection of Freeport-McMoran Inc., New Orleans, LA; contemporary art sold to benefit Café Reconcile, New Orleans, LA; and items deaccessioned from The Hilliard Museum, Lafayette, LA. The catalog is an eclectic one, packed with 820 lots of French and American period furniture, original artworks, bronzes, sterling silver, jewelry, French clocks and mirrors and wonderful decorative accessories.

With a pre-sale estimate of $30,000-$50,000, the early 20th century patinated bronze sculpture by Anna Vaughn Hyatt Huntington is a strong candidate for top lot of the auction. The piece, titled L’Orage (The Storm) is 15 ½ inches tall. Ms. Huntington was once one of New York City’s most prominent sculptors. In an era when few women were successful artists she had a thriving career.

Go to Assignmentgeek.com and get your homework done.
To ensure stability and reachability of your applications at all times, remote DDoS protection can keep your hosting services online
Learn about online entrepreneurship at JohannesLarsson.com
Online assignment help by Copycrafter will free you from any academic issues
Pay someone to write my research paper at Rapidessay