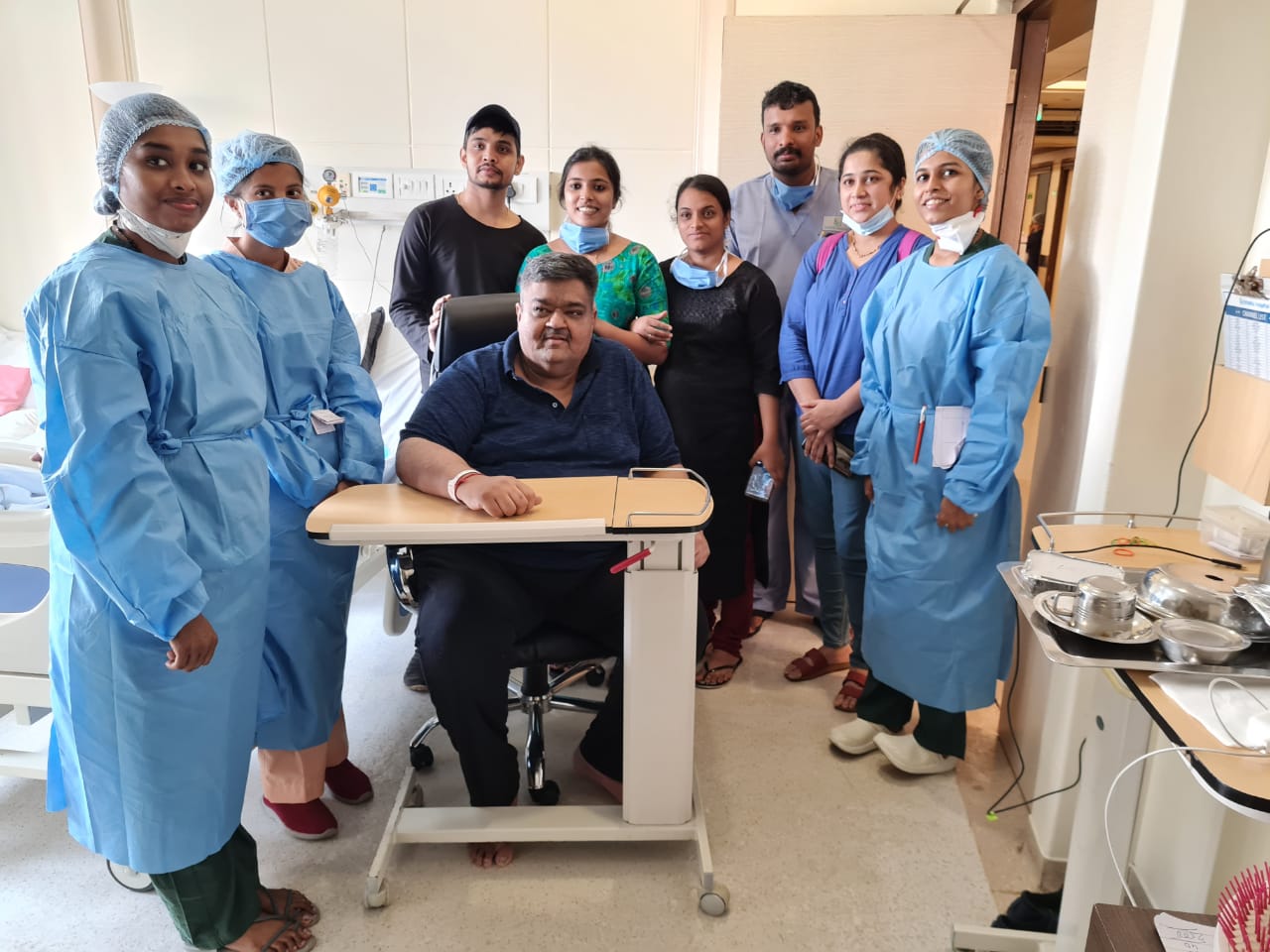 
Jatin Sanghavi, a 46-year-old man got a new chance at life after he survived severe complications from Covid19. For more than two months he battled the virus at Bhatia Hospital and came out of the hospital alive. He was severely obese and had hypertension, asthma and sleep apnea which made it all the more difficult to managed the treatment. He was in the ICU for 55 days since he was admitted at Bhatia Hospital on October 15. At one point of time the doctors had lost hope of him surviving the virus. Fluid had accumulated in his body and CT scan could not be done due to his weight.

Dr Manish Mavani and Dr Sujeet Rajan said that he was not an easy patient to treat. We could not put him through a CT scan to find out the extent of infection in his lungs due to his frame. His oxygen saturation level was 60 when we admitted him. He was put under a non-invasive ventilator support for 50 days. It was difficult to turned him over in the bed and we were afraid that he might develop bed sores. We started him on special anti-fibrotic medicines to reduce the damage to the lungs and he was given remdesivir for 10 days as well as plasma transfusion.

Sanghavi is very grateful that he survived the virus. He had seen patients who were far more stable than him die from the virus. He had a huge will power and mental strength. To keep himself sane and from getting depressed he would strike a conversation with the support staff and gradually became friends with them and the ICU staff. He thanked the tremendous support he received from the hospital staff and doctors who took great care of him in these two months to overcome the disease.

Sanghavi will have to continue with his medications and physiotherapy till he completely comes out of the Covid effects. He is happy that he has lost 20 kg and he is very excited that he will get to spend the new year with his family at home.