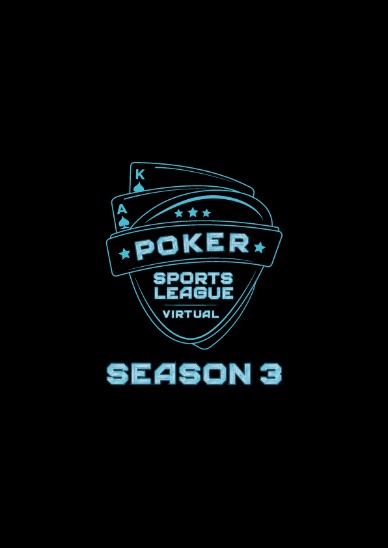 
India, November 26th 2020: Backed and endorsed by the chess Grand Master, Viswanathan Anand, world's first franchise-based poker league is back in a new avatar as Poker Sports League - Virtual Season 3 (PSL-V). With a unique, online-based format, PSL aims to establish poker as a mind sport by putting on display - a combination of skill, mathematics, decision making and grit which are required in the right mix to emerge as a poker champion.

The season 3 of the league was to initially be played between 6 teams, however, with the growing potential of online gaming in India and a great response from the recently concluded online qualifiers, Mind Sports League (owners of PSL) has now extended a chance to poker enthusiasts across other cities, to partner with PSL for two more teams.

Keeping in line with the spirit of live poker, the virtual format will now see a total of 8 teams, with 10 players each, compete against each other for a prize pool/payout of over INR 2 crores. Delighted to make the announcement, Mr. Amit Burman, Promoter - Poker Sports League said, “With the commendable response we received for the exhibition tournament – Virtual Poker League and the online qualifiers of PSL V, we are positive for an increased participation and elated to onboard two more team owners.”

Following the advent of PSL V, Mind Sports (owners of PSL) has signed a contract with 6 team owners for 10 seasons for the next 5 years with – one live and one virtual season/league. Speaking about the season 3 of the PSL and welcoming the 6 teams on board, Mr. Pranav Bagai, CEO and Co-Founder, Poker Sports League said, “I am thrilled to bring forth the six teams namely Delhi Czars, Deccan Aces, Goan Nuts, Gujarat Falcons, Mumbai Anchors, and Kolkata Kings and welcome them to the PSL family. Furthermore, owing to the overwhelming response received from the recently concluded online qualifiers and the Virtual Poker League we are excited to add two more teams and looking for the right partner to be our next team owner”

Sharing insights on the marketing plan Mr. Bagai said, “We have some very exciting things lined up; Rap song, onboarding A - list celebrities, Campaigns etc. Besides this we will be announcing a partnership with an OTT Players for the live streaming of the season very soon”

The league will a total of 30 events (poker games) where each participant will get a chance to play a maximum of 6 out of these 30 games. With INR 15,00,000 as the prize pool for each team, every qualifier will receive a match fee of INR 10,000 per match. The mentor, wild cards and pros will get INR 20,000 per match. The mentors will also be given a base fee of INR 2,00,000 along with a coaching budget of INR 3,00,000 for the season that they or the team owners can decide on how to spend for training their team members, as per discretion.

Poker Sports League is India’s first poker league and the world’s largest poker league in terms of Prize Pool and Participation. This is the only sports format where each team has a combination of professionals and amateurs. Absolutely anybody who knows the basics of poker - can play a series of online poker games to secure a spot in this India wide poker league. PSL offers Big prize pools, no entry fee and a hell of a competition ahead.

In addition to this, to kick start its season 3, PSL is all set to come back with a new concept of Poker Sports League – Virtual where everything will be online and on its mobile app called "Hashtag Poker". The idea behind PSL V is to sportify the game of poker through a unique, online-based team format.

Go to Assignmentgeek.com and get your homework done.
Ged Online
To ensure stability and reachability of your applications at all times, remote DDoS protection can keep your hosting services online