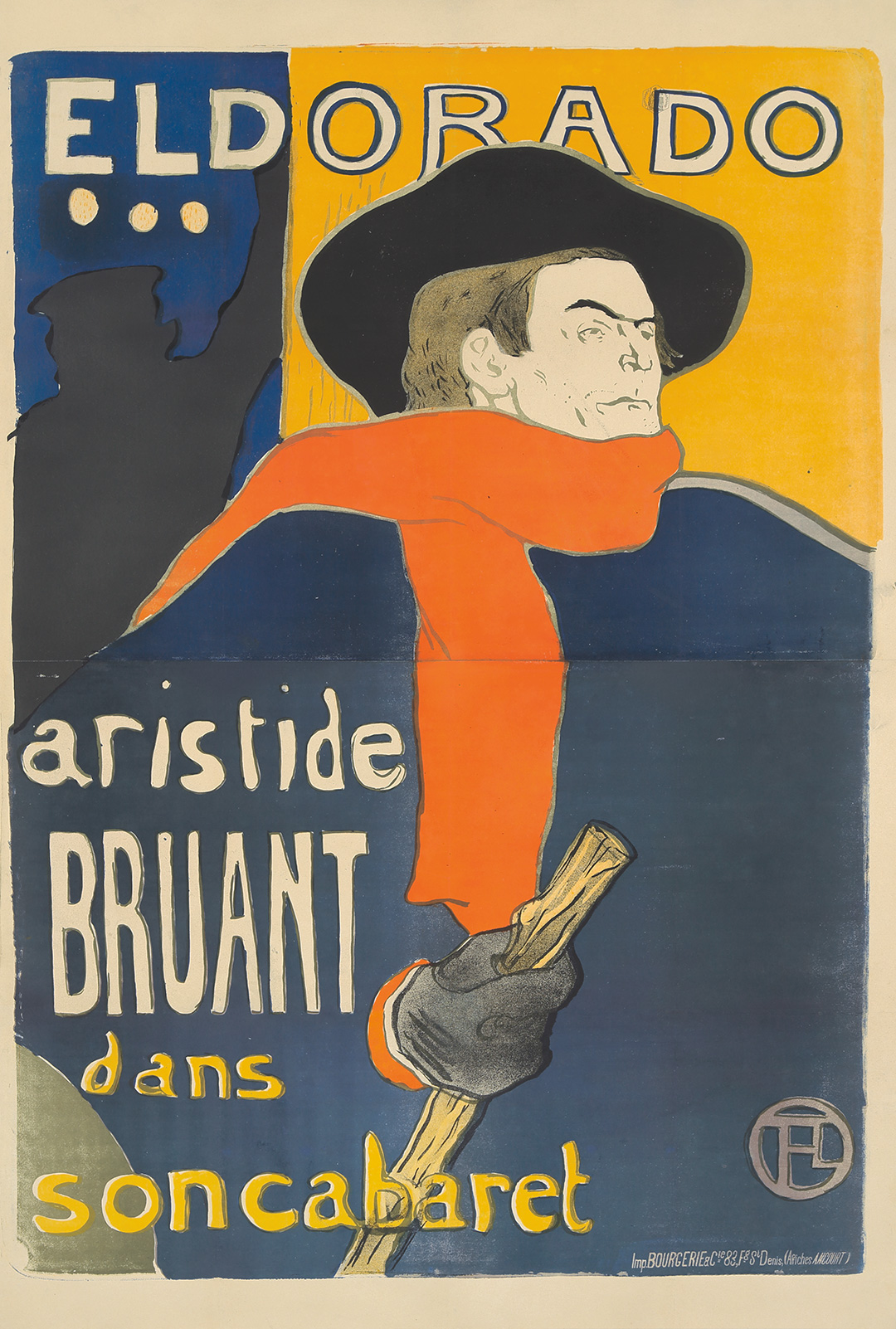 Jack Rennert, President of PAI, said, “This auction was anything but typical. We’re in the midst of a global pandemic, and this was also our first auction in 35 years to not feature our traditional and highly regarded printed catalogue. Despite this, we received a strong showing of support, which both surprised us and gratified us. We were also pleased with the ongoing response to Art Nouveau works, which have proven to captivate both new and seasoned collectors.”

The great mythologizer of Montmartre, Henri de Toulouse-Lautrec, maintained his appeal to bidders. His 1894 Eldorado / Aristide Bruant, originally denigrated by the venue’s management, reached its highest sales price in our auction history: $78,000 (all prices include premiums). Similarly, his triumphant 1896 La Chaîne Simpson—at auction for the first time in nine years—soared to a record-breaking $72,000. Another design for the famed cabaret star, Aristide Bruant Dans Son Cabaret, from 1893, claimed $43,200.

For the Art Deco era, Leonetto Cappiello retained his throne. The ebullient ca. 1907 Cognac Gautier Frères achieved its highest sale to date of $9,600. His wonderfully exaggerative Lane Borgosesia, from 1927, reached a winning bid of $5,040. The standout lot, however, was his dynamic design from 1928 for Porto Pitters which has not been available at auction in 30 years. Collectors clamored for the opportunity: estimated at $8,000-$10,000, it topped out at $21,600.

Charles Loupot also maintained his dominance in the field of Art Deco. His energetic 1925 Huile Raoul Citroën—last offered in 1995—was claimed for $16,800. And a full-scale maquette, recovered from the artist’s studio, a 1947 preliminary design for St. Raphaël, garnered $43,200.

Poster Auctions International’s next sale will be held in New York on November 15th, 2020. Consignments are accepted until September 1st. To learn more, please visit www.posterauctions.com.