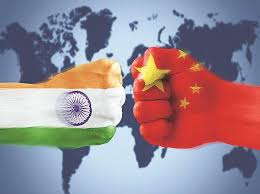 Chinese soldiers have killed at least 20 Indian soldiers, including the Commanding Officer of a battalion at Galwan valley in a violent faceoff on Monday night, heightening tensions on the border to such levels since 1975, when four Assam Rifles troopers had been ambushed.

Indian and Chinese troops have disengaged at the Galwan area where they had earlier clashed on the night of 15/16 June 2020. 17 Indian troops who were critically injured in the line of duty at the stand off location and exposed to sub-zero temperatures in the high altitude terrain have succumbed to their injuries, taking the total that were killed in action to 20. Indian Army is firmly committed to protect the territorial integrity and sovereignty of the nation, read an official statement.

“During the de-escalation process underway in the Galwan Valley, a violent face-off took place yesterday night with casualties. The loss of lives on the Indian side includes an officer and 20 soldiers. Senior military officials of the two sides are currently meeting at the venue to defuse the situation,” an Indian Army statement read.

The Galwan river area has a painful history with China, with PLA soldiers surrounding a freshly set up Indian Army post in July 1962, in what would be one of the early triggers to the Sino-Indian war.