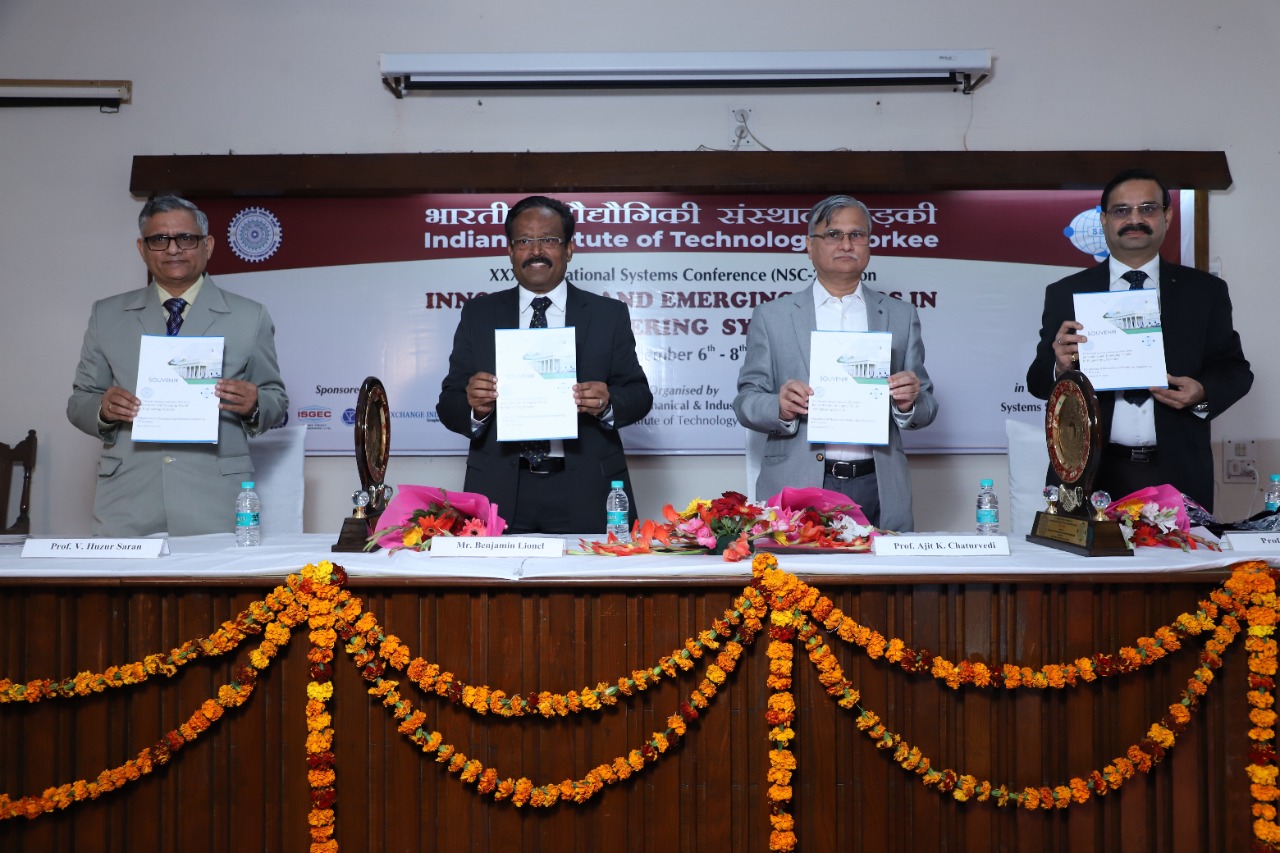 NSC is an annual event of the Systems Society of India devoted to strengthening the systems movement and its applications. The first NSC was organized in 1973 to help create awareness of systems engineering methodologies among planners, designers, builders and operation managers. In the past four decades, NSC has earned distinction as the flagship conference of systems movement and has attracted wide participation from India and abroad.

Researchers, scientists, and academicians came together from varied disciplines through the National Systems Conference on Innovative and Emerging Trends in Engineering Systems (NSC 2019) so that they could serve to offer a common platform to share their experiences and disseminate knowledge in the realization of complex systems.

The chief guest at the event was Mr. Benjamin Lionel. Benjamin Lionel, Scientist H took over as Director, Instruments R & D Establishment (IRDE) Dehradun with effect from 01 July 2016. He obtained his M. Sc. in Physics from Madurai Kamraj University in 1983 and M.Tech. in Applied Optics & Optical Instrumentation from IIT Delhi with specialization in Design & Development of Opto-Electronic Systems in 1985.

Awards were given out by SSI at the conference. Systems Society of India (SSI) is a 'professional body' of distinguished Engineers and Scientists from Engineering, Science, Social Studies & Arts disciplines. It promotes the advancement of theory, research, application & practice keeping in view the holistic systems approach for the advancement of humankind. SSI Awards Committee awarded Prof. Ajit K. Chaturvedi, Director IIT Roorkee, for the SSI Lifetime Achievement Award, conferred by the Society for lifelong contributions to the systems movement in the area of Communication Technologies.

“It is an honor to be invited by IIT Roorkee to be the chief guest at this national conference. It is extremely important to have such platforms inculcated on a regular basis for the exchange of dynamic ideas and solutions that can transform the engineering systems in our country.” said Chief Guest Mr. Benjamin Lionel - Director DRDO

This year, a total of 153 full-length technical papers were received against the announcement and were got peer-reviewed, each by two experts from IITs and other eminent Institutions. From these papers, 97 were finally accepted and are being included for publication in Scopus indexed book series by Springer.