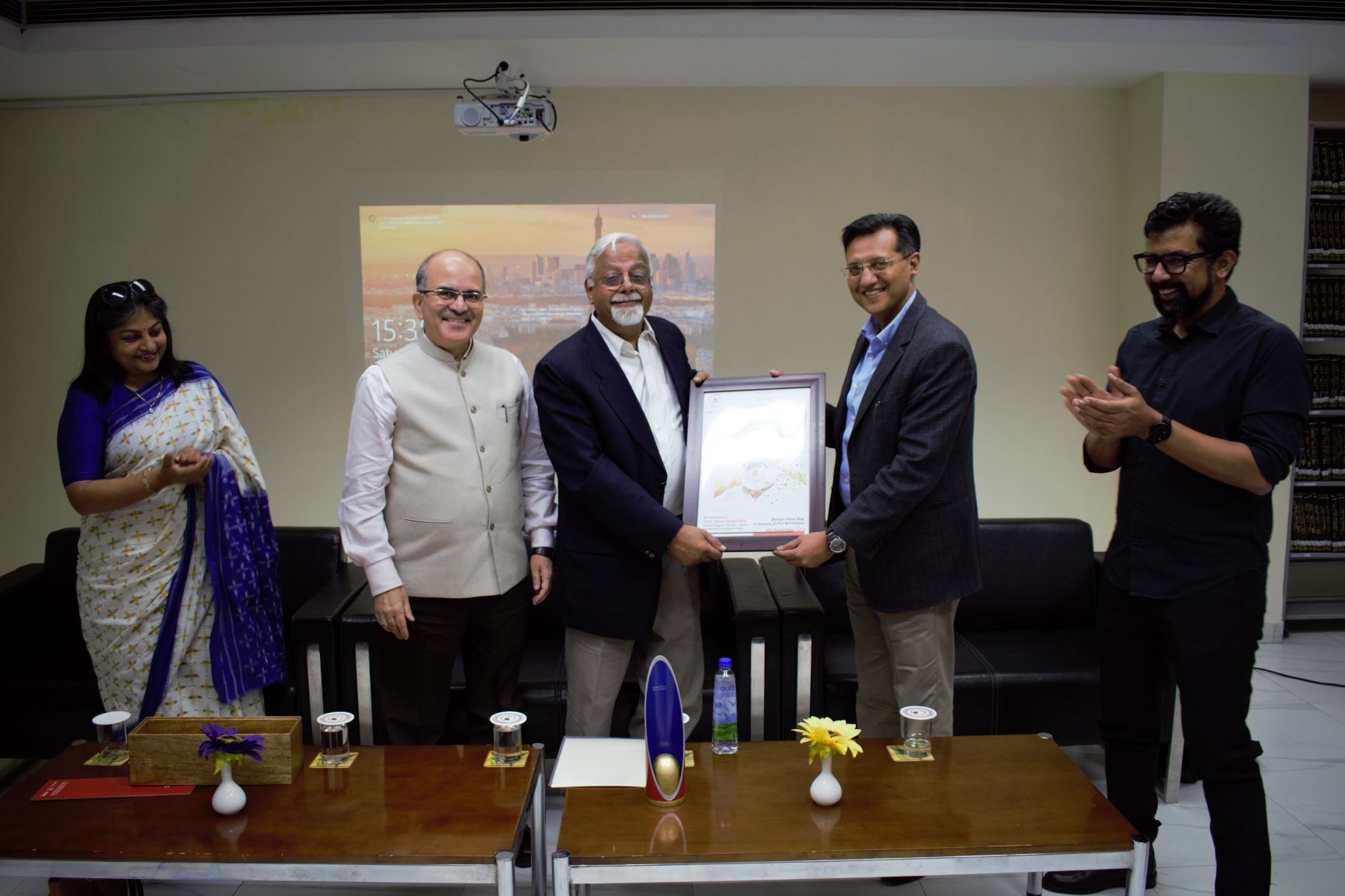 
In recent years, Design has been offering exciting opportunities and become the career of choice for youth from diverse disciplines, as it involves science, technology, art, and aesthetics in equal proportion. On 9th Nov, the birth anniversary of Prof M P Ranjan, a maverick design teacher who influenced generations of design students, JK Lakshmipat University organized Design Guru Day, to pay homage to him.

Design Guru Day is the annual ritual of designers, paying their respects to senior faculty of Design. Upon Prof Ranjan’s untimely demise in 2015, prominent graduates of the National Institute of Design (NID) decided to remember and celebrate this famous Design Guru by recognizing senior faculty from Design and honor them as “ Design Gurus”. These graduates include Amit Krishn Gulati of Delhi, Ayush Kasliwal of Jaipur, Asheesh Deshpande of Pune, Abhijeet Bansod of Bangalore, Shree Krishna Kulkarni of Delhi and A Balasubramaniam, Dean, Institute of Design, JK Lakshmipat University, Jaipur.

In the last 4 years, Mahendra Patel, Sudarshan Khanna, AGK Menon and Iftikhar Mulk Chisti have been bestowed with this honor. This year, JK Lakshmipat University’s Institute of Design honored Prof Vikas Satwalekar, who was one of the early students and Principal faculty of Graphic design from NID, an accomplished professional and mentor, and who also headed NID as its Executive Director for over a decade.o

Prof Satwalekar has been on the governing boards of NID, National Institute of Fashion Technology (NIFT), Indian Institute of Craft & Design (IICD), Footwear Design & Development Institute (FDDI) and Mudra Institute of Communications (MICA). In his capacity as a professional designer at NID, his best-known work in graphic design are the identities he designed for Doordarshan, Mother Dairy and Hindustan Lever, besides the corporate identity program for Voltas.

While taking the audience on a tour of the work of his and his students and the life of Prof Ranjan, Prof Vikas mentioned some of NID’s and his philosophies. He mentioned, “There are no right or wrong paths, there are only appropriate paths. It is important to learn to know and learn to do and let the best not be the enemy of time. To be successful in design, one has to read instead of just browse, observe rather than just look and listen instead of just hear”. He further quoted the Dalai Lama and said: “Open your mind to change but don’t let go of your values”.

JK Lakshmipat University celebrated this event under the aegis of MP Ranjan - JKLU Design Resource Centre. This Centre has been created in March 2019 with the contribution of Prof Ranjan’s family of over 1200 books on Design which belonged to his personal collection.