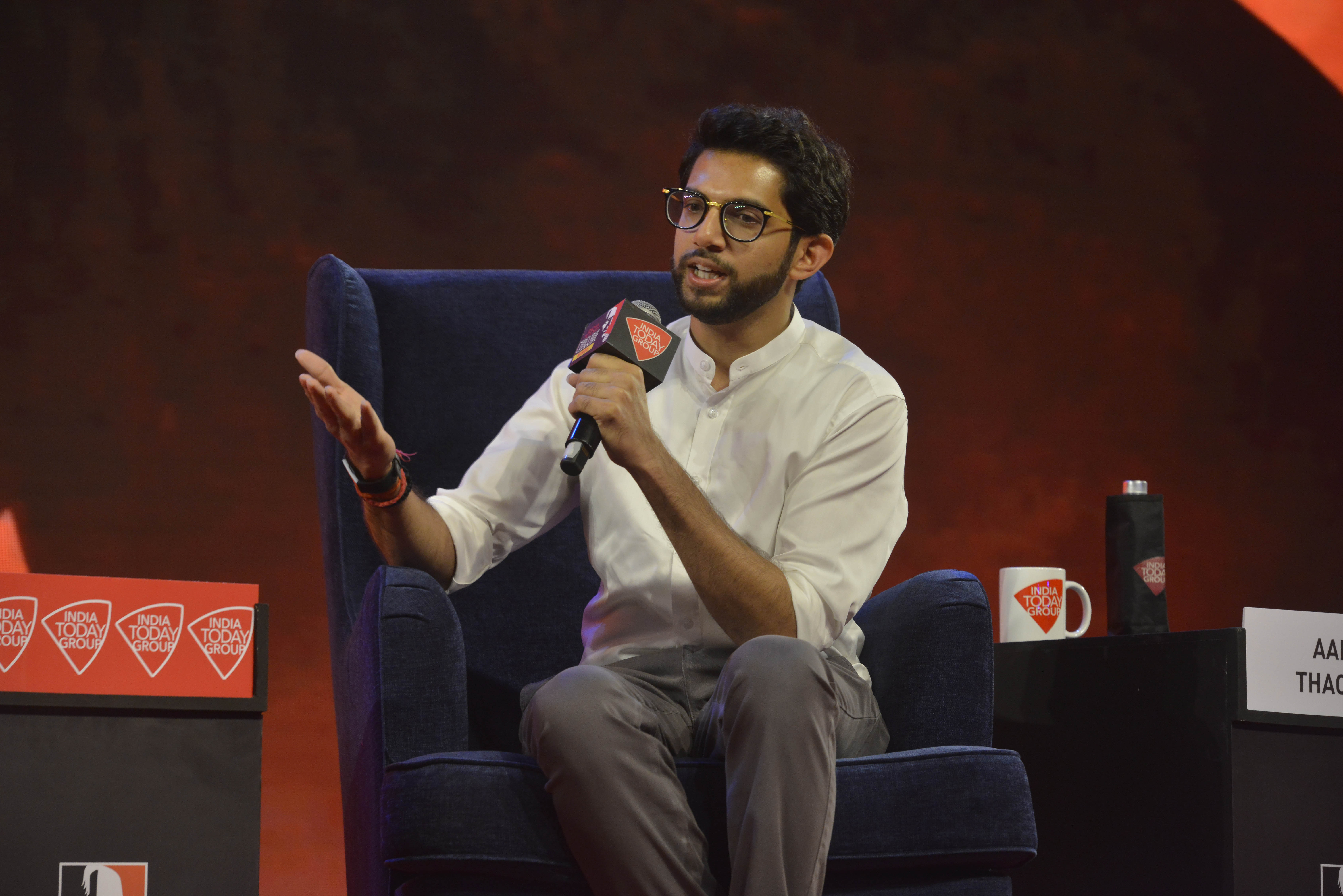 
Moments before code of conduct for Maharashtra Assembly elections were announced, Shiv Sena leader Aaditya Thackeray spoke at India Today Conclave in Mumbai on September 20. While the BJP and Shiv Sena have announced a pre-poll alliance for the elections, there is still no clarity on the seat-sharing process. Amid talks of Aaditya Thackeray being offered the deputy chief minister’s chair, if Sena-BJP alliance comes to power, the 29-year-old Sena leader made his party’s position clear on a wide range of issues. Excerpts from a candid conversation:

Is Sena ready for elections?

We are certainly ready. Election is not just about the election time. It’s about the five years between two elections when you take the voice of the people to the Assembly and Parliament. On that count, we are ready.

#How strong is the BJP-Sena alliance?

As the alliance, we are very strong. We won more than 40 seats in the Lok Sabha. The alliance is not for power. It’s for people. It’s an alliance with an agenda for development.

#Is he ready to become the chief minister?

If I start running behind my ambition and a post, I will never enjoy the process. Look at what BJP has done. From just a two-member party, they are now a party with over 300 members in Lok Sabha. In politics you should not run after your own dreams, if you fulfill others dreams, people will accept you. My dream is to serve the people in the best possible way.

#Did Sena feel BJP usurped all the credit for abrogation of Article 370 and Ram Temple in Ayodhya though Sena initially raised these issues?

We did not raise these issues for credit. When we went to Ayodhya recently, the Uttar Pradesh government changed Faizabad’s name to Ayodhya. The Supreme Court fast tracked the issue of Ram Temple. We are not taking credit for these things. But someone has to take up these causes. The BJP-Sena alliance is not for claiming credit. If it had been for credit, it would not have lasted for so many years despite so many differences.

#Is Sena creating to change its perception from the time of Bal Thackaray?

My grand father Bal Thackaray ji was always relevant to the people. He knew the pulse of the people. We must go to people, listen and understand their views. Political parties are a medium to voice people’s opinion. We have to mirror people’s reflection. Perception is a cyclical game. It evolves. Once you start working along with people, go near them, they understand you and support you.

#Will Sena continue its opposition to the Maharashtra government’s controversial decision to cut some 2,700 trees in Aarey Colony for Mumbai Metro?

We will not let that happen. It’s not an ego issue. It’s not between BJP and Shive Sena. It’s Mumbai vs environment. If the project happens in Aarey, we will have to offer oxygen hot spots.

#Is Sena ready for governance as it always remains in a the Opposition mood?

We have been winning BMC elections for last 25 years. If people had thought we deserved only to be in Oppositions, we Sena would not have won for so many years.

#But Sena could never form a state government of its own in Maharashtra despite being in existence for 40 years.

That’s what is destiny. But Sena is the only regional party with a national voice.