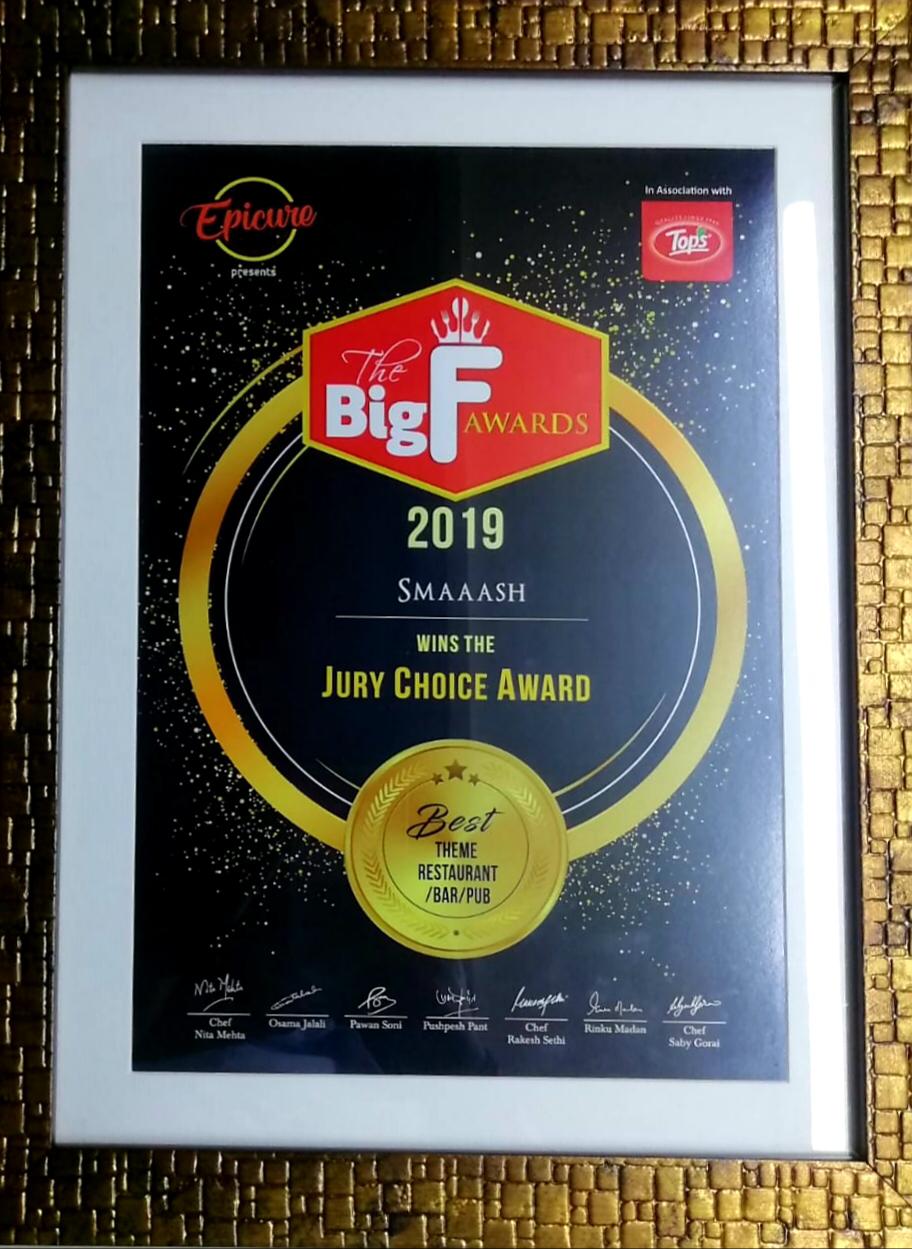 
New Delhi,05th September 2019 – In the sixth edition of Big F awards, one of the biggest and democratic award of Gurgaon, SMAAASH was felicitated with “Jury Choice Award 2019” for the category Best Theme Bar/restaurant/pub on August 28th 2019 at The Westin, Gurgaon. The other brands competing with SMAAASH were Social and Pra Pra Prank. The event witnessed the renowned people from across F&B and Hospitality industry marked by fun , food and entertainment and saluted those who raised the standards in the culinary field from fine dining to home chefs as well as exciting nightlife.

On winning the award Mr. Udit Batra, Director Food & Beverage, SMAAASH Entertainment said “ I am truly delighted that our sincere hardwork was acknowledged and applauded by the people. Me and my whole team really look forward to keep doing good work and service the people. I am thankful to the jury for this appreciation”.

Launched in 2012, SMAAASH is one of India\'s acclaimed gaming and entertainment centers that blends sports, virtual reality, music and dining into an immersive, evolved, interactive and innovative social experience for family, friends and children alike. Helmed by its creative ideator, Shripal Morakhia, SMAAASH is renowned in the field of sports simulation technology and proprietary gamification technologies such as a unique twilight bowling zone, VR Games and bike racing simulators and the go-karting tracks (in Mumbai & Gurgaon)

BuyEssaysCheap.com - affordable writing help
Online assignment help by Copycrafter will free you from any academic issues
Buy 100% high-quality replica watches with a 2-year warranty and free ground shipping!
Go to Assignmentgeek.com and get your homework done.
On-demand assignment help - find an assignment experts in 3 steps.