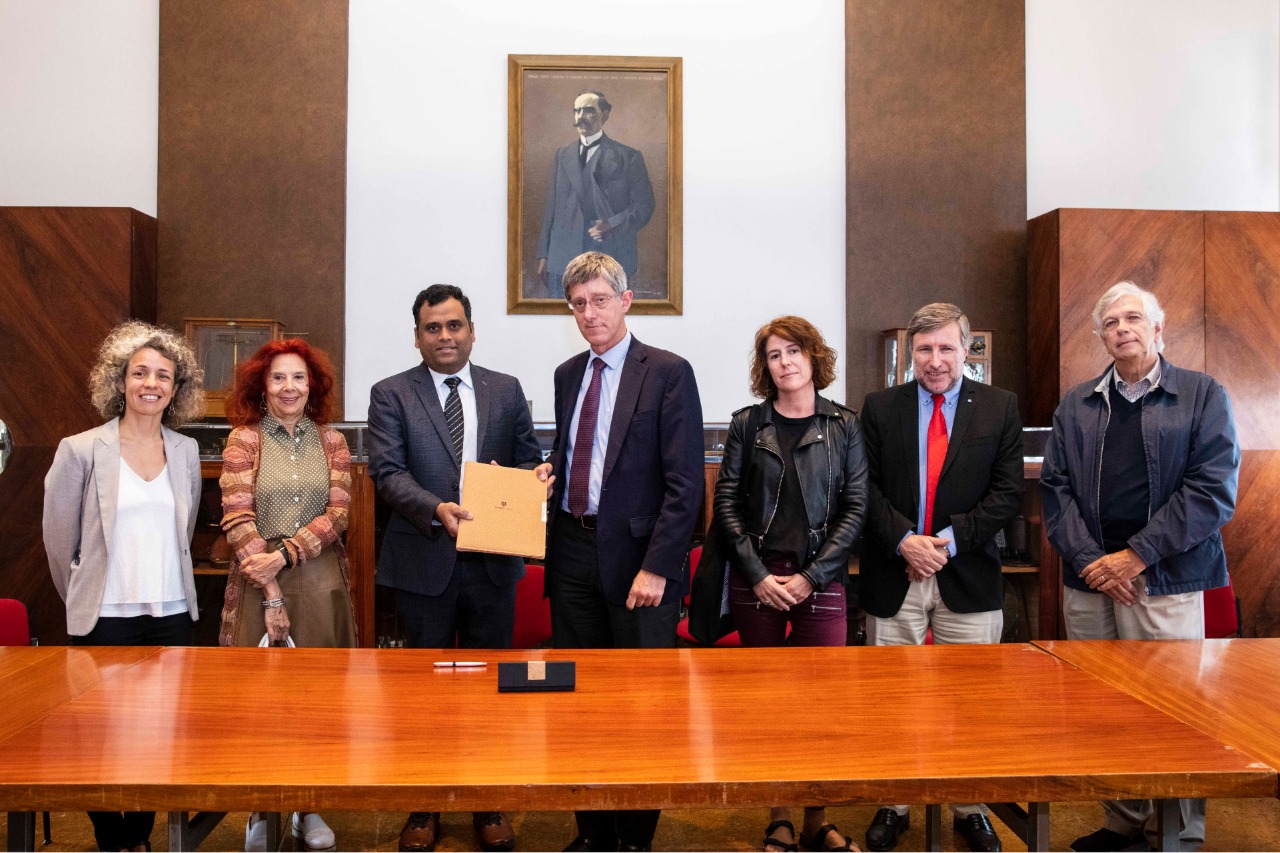 
27th June 2019, Roorkee: On 17th June 2019, IIT Roorkee signed an MoU with Instituto Superior Técnico (IST) the largest and most prestigious school of engineering in Portugal.

Founded in 1911, IST is a public school of engineering and technology, part of Universidade de Lisboa (University of Lisbon). IST’s alumni have held prominent positions in both the private and public sectors of Portuguese society, having produced numerous CEOs, government ministers, 3 Prime Ministers of Portugal, and 1 Secretary-General of the United Nations.

The existing successful collaboration between IITR and IST, at the research level will be fortified and expanded to promote student and faculty exchanges, joint degree programs, and curriculum development.

Both IST and IITR are connected through theHeritage network whose General Assembly was hosted by the IST during 28-29 May 2019. Ms. K. Nandini Singla, India's ambassador to Portugal, updated on the major cooperation agreement signed between the Department of Science and Technology, India and the Fundação para a Ciência e a Tecnologia, Portugal, during 2017. As an outcome of that agreement, recently, funds about four million euros are allotted for Indo-Portugal collaborative research projects. The calls will be advertised in a few months.

“This MoU signing is important to promote academic and research cooperation and the development of our two institutions as centres of excellence of higher and technical education and scientific research.” said Prof. M. Parida, Acting Director IIT Roorkee.

IIT Roorkee is an institute of national importance imparting higher education in engineering, sciences, management, architecture and planning, and humanities and social sciences. Since its establishment in 1847, the Institute has played a vital role in providing technical manpower and know-how to the country. In the Times Higher Education Asia University Rankings 2019, the institute has been ranked 3rd among the IITs, while on the citations criterion it has been ranked 1st among all the Institutes in India. IIT Roorkee is an institution with pioneering contribution in the field of education, training, research and development, advisory services in various fields including hydro, hydrology, water resources, geology, earthquake, renewable energy and environmental management advisory and has world class laboratories related to hydropower and water sector.