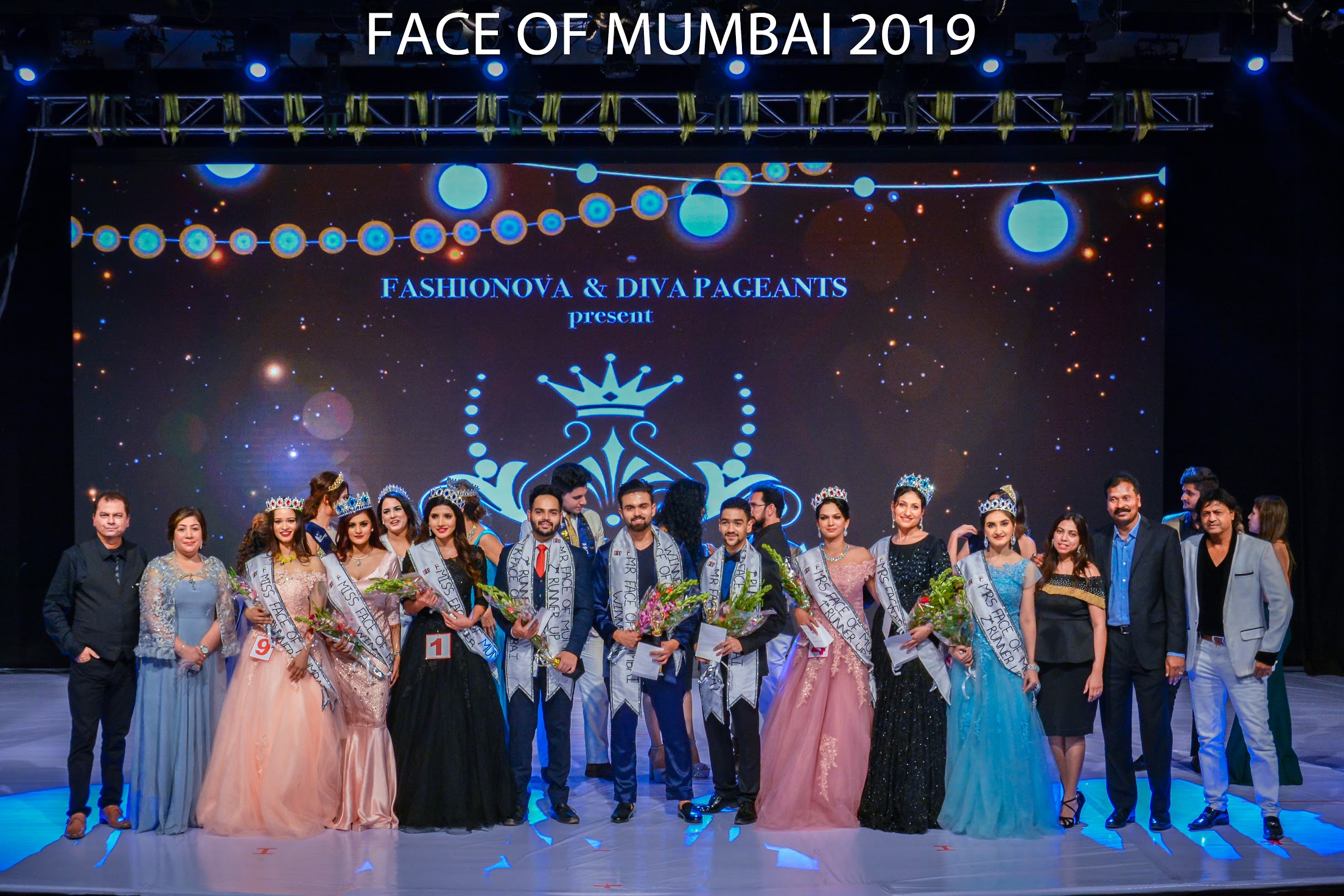 
June 4th, 2019, Mumbai: Face of Mumbai 2019, one of its kind city level annual beauty pageant, brought to Mumbai by Fashionnova Events & Diva Pageants, is a title competition that recognizes personality and true beauty of individuals in Miss, Mr. and Mrs. categories across the Mumbai region. In its Mumbai debut, the pageant has announced its title winners in a grand finale that took place on Monday, May 28th, 2019 at Bandra Mumbai.

The winners of the Face of Mumbai 2019 are:
Mahima Bishnu Singh bagged the winning crown in the Miss category, followed by Bhavna Uday Bandodkar taking the first runner up and Pratibha Mishra winning the second runner up crowns. In the Mr category, Adi Madhubhai Khalasi was the winner, while Aamir Ashraf Khalfay and Aditya Bhaskar Bhepe were the first and second runner up respectively. The winning crown in the Mrs. category was bagged by Simran Jadhwani, while Nisha Mishra won the 1st runner the crown and Hazel Motwani won the 2nd Runner up crown.

Ms. Lakshmi Sona Suchan, founder of Fashionnova Events said, “Face of Mumbai is not only about recognizing and acknowledging beauty on the surface, but the confidence, thought process, hard work, and one’s go-getting spirit. We are pleased with the overwhelming response received for the titles, where eventually each contestant gave his/her best shot at every phase of the pageant. Through this event, we want to offer a platform to every individual who dreams of winning a worthy beauty pageant title.”

After exhaustive auditions and elimination rounds held at various zones in Mumbai, the number of candidates vying for the titles (finalists) of Miss, Mr., and Mrs category were 15, 15, and 8 respectively, on the day of the finale. They competed in four distinct categories of judging: Personality & Poise in the Introduction round, Projection in the Ethnic Wear & Western Wear Rounds, I.Q. and Creativity in Q & A Round as well as their overall ability of captivating the audience. They were judged by Miss India Universe 2018 Nehal Chudasma, Co-founder Fashionnova Event - Mr. Varatharajan, Ms. Rachel Nayyar TGPC Miss India and Mrs. Universe Asia Archana Tyagi.

One of the most popular names in the Indian Modelling Industry, an actor and singer Mr. Sudhanshu Panday was among the special guests at the event.

About Face Of Mumbai:
The event Face of Mumbai is a property of Fasionova Events and Diva Pageants. Fashionova is the company owned by Ms. Lakshmi Sona Suchan, Mrs. Maharashtra 2017 2nd runner up, And Mr. Varatharajan Sivasankaran a stock market professional. Fashionova launched a personality pageant called “Face of Navi Mumbai 2018” which was a massive hit in Navi Mumbai.

Diva Pageants is owned by Ms. Anjana Mascarenhas and Mr. Karl Mascarenhas. They are International pageant groomers and own a grooming studio in Pune to train aspiring models. They are the sole owners of ‘Mrs. Maharashtra’, ‘Mrs. West India’ and ‘Mrs. India - Empress of the Nation’ and many more city level pageants. Diva pageants are the official groomers for many international pageants like ‘Mrs. Universe’, Mrs. Queen of the World’, Mrs. Dazzle India International and many more.

Go to Assignmentgeek.com and get your homework done.
Online assignment help by Copycrafter will free you from any academic issues
There is no better press release writing company as 123 term papers.
Buy 100% high-quality replica watches with a 2-year warranty and free ground shipping!