BUGATTI: World Most Expensive Number Plate worth £5.1 Million GBP set to be auctioned in UAE 2020 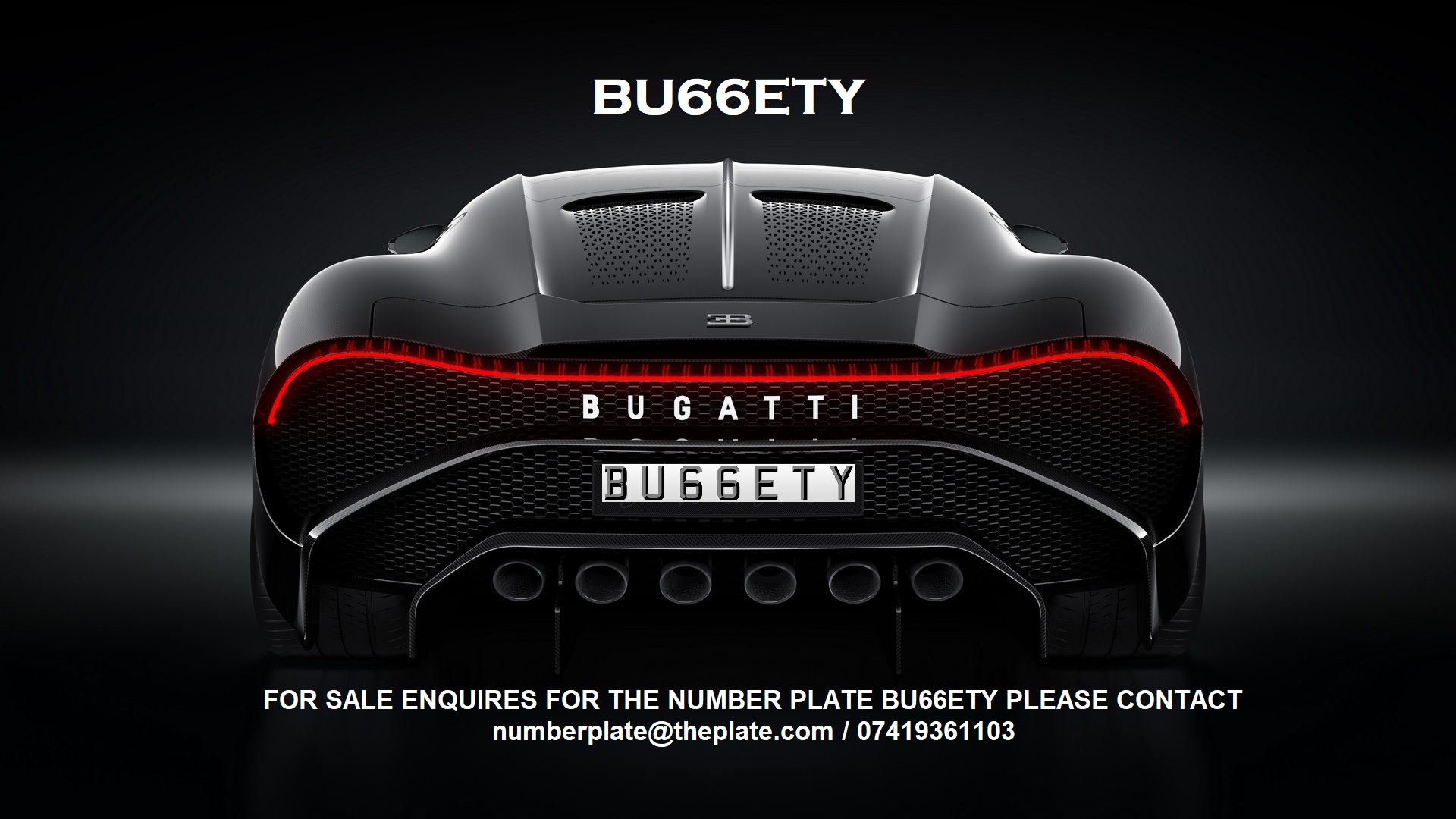 
A privately owned British numberplate BU66ETY is all set to break the Guinness World Record for the most expensive number plate sold in the world. With a modest valuation of £5.1 Million GBP making it not only the UK most expensive vehicle registration mark but also the Worlds Most Expensive vehicle registration Mark. The registration mark has been inundated with pre-registered bids from around the world exceeding the current valuation. Bugatti CEO Stephan Winkelmann confirmed, "This is a highly sought after vehicle registration, Bugatti owners across the globe have contacted us to purchase this item, unfortunately, we don't own the plate, but are in talks with the current owners to buy it".

It is not news that Bugatti makes very expensive automobiles. A Bugatti Chiron, the brand's basic model, costs about $3 million. Bugatti's latest creation, though, sets a new bar in price and exclusivity. Bugatti's La Voiture Noire cost €16.7 million, or almost $19 million, including taxes. Before taxes, the car cost $12.5 million.

According to Bugatti, La Voiture Noire is the most expensive new car ever sold and only one will be made. Bugatti did not reveal the identity of the buyer. It is someone with an enormous attachment to the Bugatti brand, the automaker said. It's also clearly someone with immense financial resources.

With offers coming in from around the world, the Bugatti registration looks to break the current Guinness World Record held by Saeed Abdul Ghaffar Khouri (UAE) for Dh52.2 million who brought the single digit registration '1' during a special number-plate auction organised by Emirates Auction Company, and held at Emirates Palace, Abu Dhabi, United Arab Emirates, on 16 Feb 2008. It has since been removed from the Guinness World Books as the businessman who brought the Abu Dhabi No 1 limited licence plate has been given a three-year jail sentence convicted of fraud and writing a bad cheque worth Dh31 million.

The current owner had no intention of selling however, the global attention and pre-registered bids flooding in from around the world changed there mind and they have decided should they sell the registration they would donate the money raised money for victims of Domestic Violence and Rape.

The vehicle registration mark is being sold directly by DVLA's authorised resellers www.nationalnumbers.co.uk on behalf of a private seller who is donating the funds to a local organisation in Greater London to provide safe, secure, sheltered housing to survivors of Domestic Violence & Rape.

To register your bids or for further information please contact National Number directly on (+44) 01642363738 or visit www.nationalnumber.co.uk. Alternatively copy and paste the link below: https://www.nationalnumbers.co.uk/options/BU66-ETY.htm#top

There is no better press release writing company as 123 term papers.
Learn about online entrepreneurship at JohannesLarsson.com
To ensure stability and reachability of your applications at all times, remote DDoS protection can keep your hosting services online