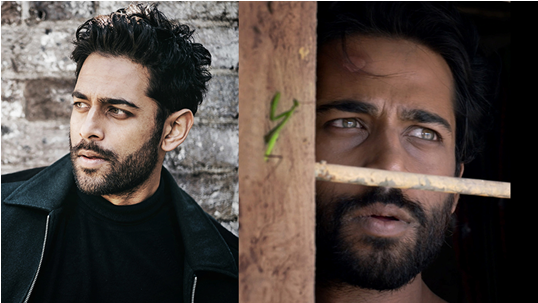 
A film made by a first-time director from India, Balakrishna P Subbiah, and titled The Lone Wolf, is creating a flutter and forcing a debate amongst radicalized and non-radicalized Muslims in the United States, post the tragic Sri Lankan bombings.

The film is a complicated journey into the mind of a radical Islamic Jihadist generally referred to as The Lone Wolf. It has been picked up for sales directly by Little House Studio Films based in Beverly Hills, California, and will be distributed by US-based Leomark Films.

The story of the Lone wolf starts in a remote area around India-Pakistan boundary near Punjab, from where a group of Terrorists try to cross, via a barbed fence, and are shot down by the Border Security Force – all except for one, Abu Aatif (The Lone Wolf), who digs his way through an underground canal the terrorists explode and make into an unseen pathway.

Days later, Aatif finds refuge in the house of a transgender who helps him recover, takes care of his health, and feeds him without knowing that she is raising a venomous cobra who is on a mission to attack the city of Mumbai in Western India.
Once recovered, the highly educated and sober young man moves to Syria with the assistance of contacts made via the Dark Web and reinforces the idea that the power of radicalization can hit anybody, at anytime, anywhere.

Trained by the ISIS, he is tasked with bombing the city of Mumbai and eventually moves to Pakistan, where he is helped by members of the Terrorist organization Lashkar-e-Taiba to cross over into mainland India after training at a secret camp in the Khorasan Province of Afghanistan.

Aatif is now intelligent, highly skilled and radicalized enough that his deranged mind is unable to see anything except the journey to heaven by killing himself - the edict of the Islamic State.

Eventually, he connects with his handlers and upon directives, eliminates the transgender who gave him shelter in a brutal manner and leaves.

On his way and through the streets he walks, and here comes the twist.

Kalashnikov is well-supported by Kalki Subramaniam, who is a real-life transgender activist and painter, and adds great authenticity to the film, as does actor Sandeep Pednekar, who plays the chief of the Anti-Terrorism Squad of the state of Maharashtra.

Deepak Sharma who plays the role of Terrorist in the movie is a supermodel based in Australia is the face of Audi. The actor Deepak blends into his character with ease and silent brilliance.
The first film of Deepak Sharma is Kalashnikov - a film in which he also directs. The movie has been shot lyrically by Shobith Sharma, who for the first time handles the camera for a feature film.

The film’s soundtrack is enhanced by an eerie humming g song sound that comes from traditional Indian vocalist Seema Uniyal from New Delhi giving the film a “Rosemary’s Baby” feel.

Kalashnikov, the working title of the film has now been changed to The Lone Wolf by its distributors, with good reason. It won the Best Director award at the Dadasaheb Film Festival held in New Delhi last week, which is considered to be one of India’s most prestigious awards.

The Lone Wolf is a must view for those involved, interested or active in the field of Counterterrorism and work related to Homeland Security. Though the film is based on true events, the director at no point makes an attempt to align his main protagonist towards any religion, despite certain references being inevitable.
The film was conceived by the executive producers, along with one of the best film critics ever - the late Roger Ebert in 2012 during one of their meetings in South East Asia. Ebert is claimed to have stated the film was highly futuristic and surreal, yet real, and hoped it turned into a major motion picture.

Well, it has, and it has made a serious point.