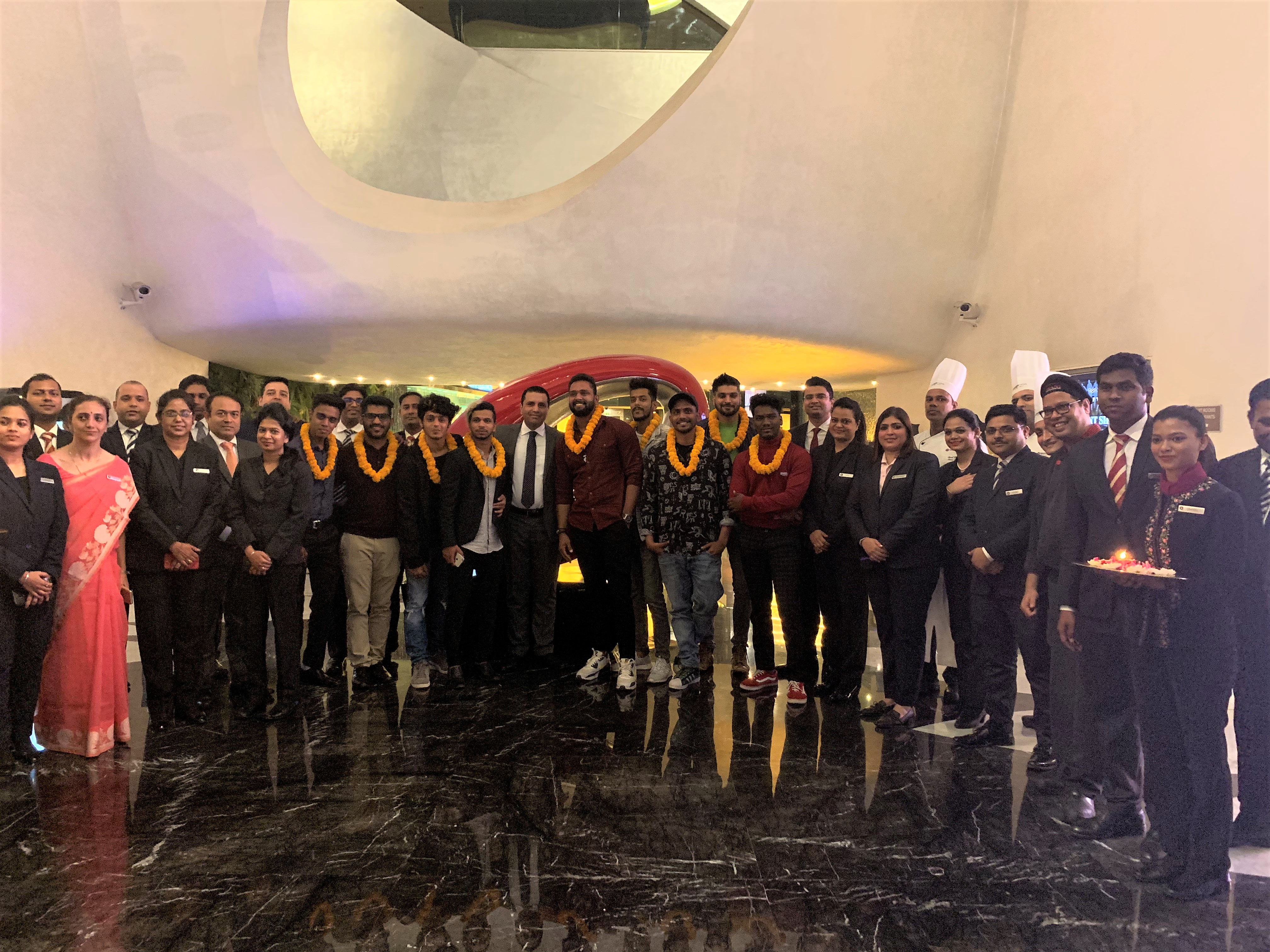 
Hotel Sahara Star hosted Kings United India, winner of World Dance Championship. The dinner was organised to felicitate the team and compliment them on the glory they have bought to the country. The global dance competition, in its third season now, is hosted by actor Scott Evans, and judges include choreographer Derek Hough, actor and singer Jennifer Lopez, and singer-songwriter Ne-Yo. With their consistently top scoring performances,

Kings United battled four other finalists from across the world. The dance team was welcomed with a traditional aarti. After which they were showered with a round of applause from the CEO and Hotel employees. A special cake cutting ceremony was organised at The Oceans, the world’s only Private Dining Room amidst India’s largest marine aquarium, is an exceptional space covered by an aquarium on three sides.


Other articles by Hotel Sahara Star